The Belarusian Tug Of War 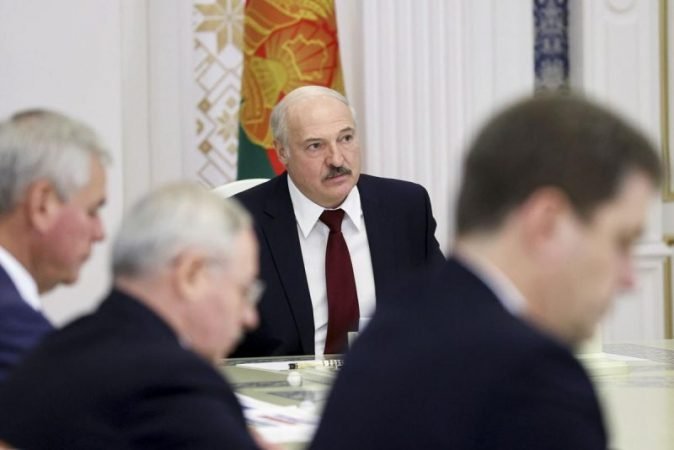 “I have done this for the well-being of my children”, said Sviatlana Tsikhanouskaya after she fled from Belarus to avoid the government crackdown and crossed over the border into Lithuania. She was the main opposition candidate in the Belarusian presidential elections of 2020 running against long-time president Alexander Lukashenko. She accused Lukashenko of rigging the elections in his favour fearing defeat. But how did the situation in Belarus get to this is a question which must come in the mind of an Indian reading this at least as the former Soviet Republic is not much of a headline-grabbing country in our country.

The story starts in 1994. That year, Alexander Lukashenko was elected as the first (and so far the only) president of Belarus, three years after the country’s independence from the Soviet Union. Interestingly, as a Deputy in the parliament of the Byelorussian SSR, he had voted against the dissolution of the Soviet Union in December 1991. Since then, Lukashenko has ruled the country with an iron fist (some western journalists call him the “last dictator” of Europe), with enormous powers affirmed by a 1995 referendum. He opposed the shock therapy to transition to a market economy which other former communist states in Europe underwent after the Cold War and as a result, large parts of the Belarusian economy are still state-owned. Over the years, he has cultivated strong relations with Russia and has had a not-so-great relationship with the West. The country has consistently performed poorly on democracy, press freedom as well as human rights indices. But Lukashenko has won every re-election (their conduct has been widely criticised over the years) with a thumping majority of the votes with the opposition, if any, suppressed. So, what changed in 2020 one may ask. Actually a lot.

Frustration and anger against a repressive regime always exists but they take time to gather proper steam and some enabling conditions; 26 years is just about the right time, isn’t it? The gross inefficient handling of the COVID-19 pandemic by the Lukashenko regime provided the perfect enabling conditions (the President asked his citizens to drive tractors and drink Vodka to beat the virus and was widely ridiculed).

In the case of the 2020 elections, matters first came to a head when pro-democracy activist and YouTuber Sergei Tikhanovsky was arrested on vague charges after his candidacy for the presidential election was not registered. So, his wife Sviatlana decided to run and emerged as the main rival for the incumbent Lukashenko. But there were repeated attempts to sabotage her election campaign by the authorities. There were raids on her campaign offices, her campaign volunteers were arrested. Despite all this, her rallies drew large crowds and thus, she emerged as the most formidable opponent for Lukashenko in his 26-year presidency. She even went into hiding before the eve of the elections. The official election results declared Lukashenko the winner with 80% votes which Tsikhanouskaya disputed while claiming that she had won the first round with at least 60% of the votes. She accused the regime of indulging in widespread electoral fraud.

There were opposition protests and government crackdown on them. While Tsikhanouskaya went into exile, she asked Lukashenko to step down and even formed a Coordination Council (to facilitate peaceful transfer of power) whose all 7 members were either arrested or went into exile.

The dispute went to the next level when EU and several other countries refused to recognise Lukashenko as the legitimate leader of Belarus instead and recognised Tsikhanouskaya as the legitimate leader of the Belarusian people. The EU also sanctioned 40 persons (including the chief of the election commission and the interior minister) with asset freezes and travel bans though Lukashenko was spared to be targeted only in the last resort. In retaliation, Belarus imposed sanctions of its own on the EU targeting an unspecified number of EU officials which it called as per Reuters, “most biased representatives” of EU. Canada and Britain imposed travel bans and asset freezes on Lukashenko. The US which already sanctioned Lukashenko way back in 2006, sanctioned 8 individuals from the Belarusian government. As per Reuters, more than 13,000 people have been arrested in the country while accreditations of journalists have also been stripped.

All these sanctions and non-recognition have been imposed to pressurise Lukashenko into giving up power and the pressure has certainly been felt as evidenced by his recent talks with the jailed opposition figures. But why he has still been able to hold onto power is the question which naturally comes to mind. The answer lies on the eastern side of the Belarusian border and yes, it’s Putin and the Russian Federation. Ever since Belarusian independence, there has been close cooperation between the two countries, be it economic or military. With the Baltic republics, already in the EU and NATO embrace and Ukraine alienated after the war in eastern Ukraine and the Crimean annexation, Belarus is the only buffer for Russia against the EU and NATO. This explains why Moscow was quick to announce loans and military support for the Belarusian regime as soon as it got subjected to sanctions and widespread condemnation after the completion of the elections. While Lukashenko is openly pro-Russia, the Russian see the opposition figures in that country as leaning more towards the EU and the West and even more so, as anti-Russia. It even put Tsikhanouskaya on its wanted list on some unspecified criminal charges. Russia is determined to not to let Belarus go from its strategic sphere of influence with its traditional distrust of the West higher than ever which makes the prevailing situation with the EU sanctions and Russian determination, quite complex.

So, what’s the way forward then? In an ideal world, Lukashenko should resign, a peaceful transition of power should be enabled by the conduct of free and fair elections and Belarus should have good relations with both Brussels (EU) and Moscow. But we don’t live in an ideal world and things are not that easy and although it is true that the only way out would be the annulment of these elections and new, free and fair elections held but the keys to these lie with Russia more than any other actor in the present scenario. It is a tug of war going on in which the regime and opposition are only in front of the opposing sides; the real power-players are behind in the queue and if the Russians, the most important of these, keep seeing it only as a geo-political game, the future of Belarusian politics could well continue to remain in limbo.