Green Diplomacy: What role does India have in addressing Climate Change Globally? 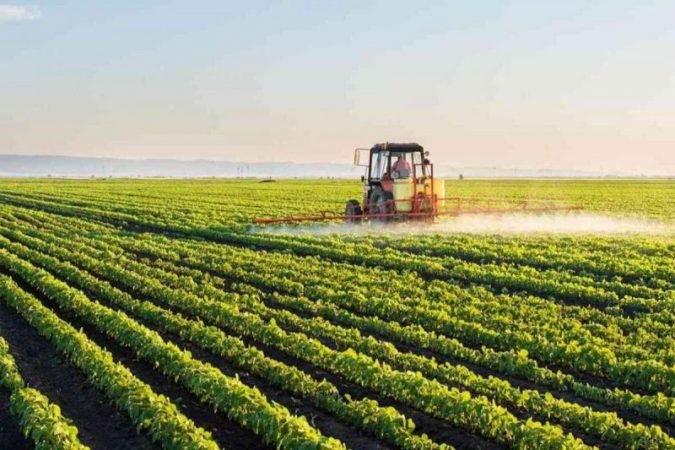 Over the years, we have come to a realisation that no challenge today poses a greater threat to our future generation than Climate Change. We are already seeing the different cruel ways in which it is manifesting in our world today. With frequent floods, rising sea levels, global warming, rapid fluctuations and unpredictable weather conditions, insect outbreaks, uncontrollable pollution levels, depleting ecosystems, water scarcity and the list goes on, it is has become a matter of grave concern. Numerous climate change activists, from celebrities to child activists, we have seen mass demonstrations, awareness campaigns and pressure groups to address the issue at the highest level possible.

But in spite of all these efforts, there is the negligible political representation of environmentally friendly policies and a serious lack of will to address the issue worldwide. The biggest nations are being led by populist leaders who care little about the future generation and their needs and are only driven by their own vested interests of power and dominance. The United States under Donald Trump pulled out of the Paris Agreement and relaxed environmental rules including pollution laws and carbon taxes. The Bolsonaro government in Brazil has allowed the worst levels of deforestation in the Amazon forests in a century. Boris Johnson has done little to stick with its carbon emission commitments and given leeway to damaging infrastructure projects in the UK. The Indian case also rests on similar lines with the Modi government recently proposed amendments to the EIA or the Environmental Impact Assessment document.

EIAs have existed in a lot of countries around the globe in some form or the other. It was adopted by India in 1994, and since then has been used for legalising the exploitation of our natural resources, especially forests to permit profit-making projects in the name of civilisation. It has always faced criticism from environmentalists who term it as a “rubber tool” which gives legitimacy to environmentally degrading projects. This document has been heavily misused by various political entities in India to favour their corporate lobbyists and grant approvals to their projects, which heavily comes at the cost of our environment. The document itself is so cluttered and incoherent that lawmakers in the parliament themselves find it pretty difficult to oppose it. It has repeatedly been used as a tool to discriminate against the forest communities and tribes, mainly in the northeast by taking away their indigenous and destroying their only source of livelihoods. With a weak monitoring protocol under the EIA, companies have been able to pollute their surroundings with harmful chemicals, contaminated groundwater and freshwater resources and constantly violated emission norms stated in the document.

The latest amendments further solidify the process of encouraging development projects for economic growth neglecting the haphazard impacts it causes to our ecosystem. This means that Corporate entities will now have much easier access to natural resources which would lead to uncontrolled extraction and over usage of these resources. Moreover, it completely undermines the role of the states and centralises the process of approvals. This is clearly an act of political control which the current government leaves no stones unturned to achieve. This dangerous proposal has faced significant opposition from activists and other interest groups but this pressure doesn’t seem enough to stop this manoeuvre.

But the people on the other side paint a different story. They defend the moves taken by India under the excuse that when the global trend is moving away from eco-friendly policies and business models, India would be at a position of competitive disadvantage for its products. Additionally, these projects would guarantee employment opportunities to people and create livelihoods instead of destroying them. These claims are not backed by credible data and we have seen time and again the level of misuse of the same.

But what does this ultimately mean for Indian diplomacy? Such a move comes heavily at the backdrop of a global policy shift towards unfriendly environmental policies and actions. But at the same time, it does not deter countries like Australia which championed a New Green Deal to grow its economy completely on sustainable lines or for that matter a few Scandinavian countries which top the Environmental Performance Index. This is the right time for India to capitalise over a powerful economic agenda and harbour the use of green diplomacy to be an environmentally viable country globally.

Green diplomacy is the substantial integration of environmental issues in mainstream diplomacy to foster a sustainable society rooted in preservation and conservation and judicial use of natural resources. Now more than ever, India has the opportunity to transition. With the country rooted in deep environmental turmoil, this is the time for green parties to flourish. This would not only improve the local environmental conditions of India but also help strengthen diplomatic ties of India with other nations especially because the problem of climate change supersedes any nationality, religion, trade disagreements, sovereignty, diversity and serves an instrument of global integration, alliance and commitments in times like these, where countries face threats from every front.

And with taking proactive steps to address these concerns globally, India can be among one of the very few nations in a self-centred world to lead the path of global change to be more environment friendly, contrary to what we see other developed countries doing today. Signing bilateral and multilateral agreements with countries in respect to environmentally sound methods of collaboration. Not just this, these very actions taken by India could very well serve as a bargaining chip to demand some form reparations like grants and technological aids from the countries like the US and Canada who inadvertently shifted the burden of sound environmental policies on developing countries disproportionately. This also means that India would now be at a better position to initiate foreign alliances and coalitions with countries of strategic importance like Australia and Germany, which would not only be beneficial technologically but also tactically against China.

And this has not been an alien concept in India, for mainstream parties like Indian National Green Party formed in 1999, Green Party of India formed in 2010 and India Peoples Green Party formed in 2011 have all existed and worked to further the cause of protecting the environment locally. Even with campaigns like “Clean Ganga” or “Swatch Bharat Abhiyan” the impact has been quite limited. So, instead of just passively stating commitments for conserving our ecological system, we should force parties and subsequently bureaucrats to actively take up these issues and work consistently towards them. The more substantial we make these issues within India, the more credibility will we garner worldwide in being at the forefront of tackling the menace of Climate change. The question is not about whether climate change is real, but whether the actions we take to address them are real.