U.S. Secretary of State against the vote for Cuba on UNHRC 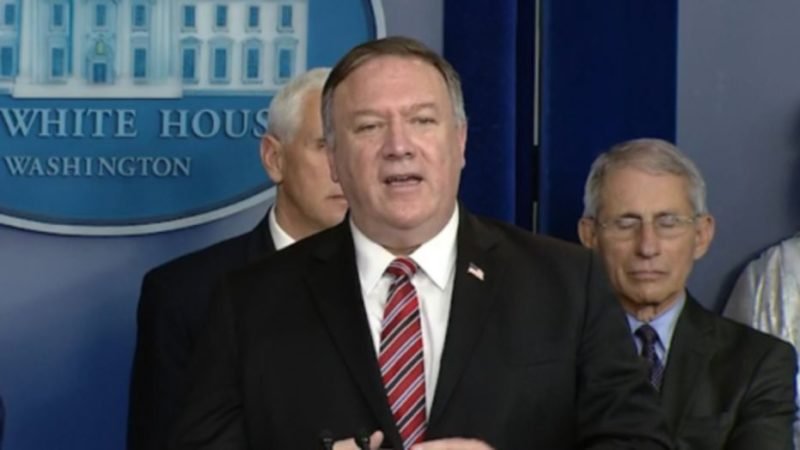 Relations between Cuba and America have been plagued by mistrust and enmity since 1959. The former president of United States Barack Obama took some extraordinary steps to lower down the temperature that was much needed for both Cuba and the United States. However, the incumbent, President Donald Trump imposed sanctions on Cuba and labelled it along with Venezuela and Nicaragua as a part of “Troika of Tyranny”. Amid deeply escalating tensions between Havana and Washington, The US Secretary of State Mike Pompeo urged UN members to support Cuba’s bid to join The United Nations Human Rights Council.

Secretary Pompeo on Wednesday said that it is outrageous that the Human Rights Council will give a seat to Cuba, a country that traffics its own doctors under the guise of humanitarian missions. It is not the first time that Mr Pompeo has launched attacks on the communist island. Earlier he criticised Qatar and South Africa for accepting doctors from Cuba to fight the COVID- 19 pandemics that has plagued the world. Mr Pompeo hurled accusations at Cuba for profiting from the pandemic.

Doctors have been a source of pride for the communist island but Washington says the workers benefit the government only. He further told the reporters back in April that Cuban authorities are taking advantage of the pandemic to continue its exploitation of the medical workers. He had urged the countries accepting the aid from Cuba to pay the workers directly otherwise when they pay directly to the government then it amounts to trafficking. Cuba has sent doctors to more than a dozen countries ravaged by COVID-19 pandemic.

Former President Barack Obama ended a policy of Washington in which doctors from Cuba were encouraged to resettle in the United States where they were offered higher incomes. US President Donald Trump, on the other hand, imposed visa restrictions on Cuban medical officers involved in the health missions. Cuban Authorities say that Cuba earned 6.3 billion dollars from the medical supplies it dispatched elsewhere in 2018, the money that can be used to finance its own universal health programme. Along with the United States, one of the staunch critics of this programme was the Brazilian President Jair Bolsonaro, a supporter of President Trump and he kicked out 8000 Cuban health workers when he became the president.

On the pretext of using the services of the health workers for profit by the Cuban authorities, Mr Pompeo expects that no country in the United Nations Human Rights Council should vote in favour of Cuba.

Is keeping Cuba out of UNHRC justified?

Cuba was a member of UNHRC in 2014-2016 and 2017-2019 and has applied to take over the seat due to the regional vacancies for the year 2021- 2023. Members are not eligible for re-election immediately after serving two terms. If members of UNHRC toe Washington’s line then that may see Cuba being not able to make its way to UNHRC.

It’s very genuine that membership to an international organisation comes with its own set of entitlements and given Cuba’s record in sending humanitarian aid to the rest of the world it seems like Mr Pompeo’s statement urging the nations to not vote in favour of Cuba comes at a time when the nations are facing their worst time: Fighting hard against the coronavirus. Last year when overwhelming support was shown at United Nations General Assembly to end US embargo on Cuba, the 15 members of the Caribbean community highlighted the support that Havana provided to them. Cuba sent its medical professionals to affected areas including those affected by natural disasters. Keisha McGuire, Grenada’s US ambassador to the UN even recalled that Cuba was among the first to assist the Bahamas in the aftermath of Hurricane Dorain.

Withdrawl of Washington from UNHRC makes it difficult to implement its agenda that Cuba should not be voted onto the council especially when Washington doesn’t enjoy good relations with some of the members on board. If Cuba was already on its knees following all the restrictions that were imposed on it by Washington, then its failure to win a seat in UNHRC will break its back. However, the catch is that whatever the United States wants is unlikely as last year only the members of United Nations showed overwhelming support for the lifting of the embargo placed on Cuba with only US, Israel and Brazil voting against.

US decision to place a financial and economic embargo on Cuba goes against humanity as it severely restricts communist-ruled island’s ability to fight the coronavirus pandemic. When the world is faced with a pandemic and Cuba has showcased its soft power by sending world-class doctors to other countries to help fight coronavirus, for the nations it shouldn’t be a matter of unrequited gamble for US goodwill by not showing support to Cuba.