US Intelligence Report on election meddling reveals who Russia, China and Iran support 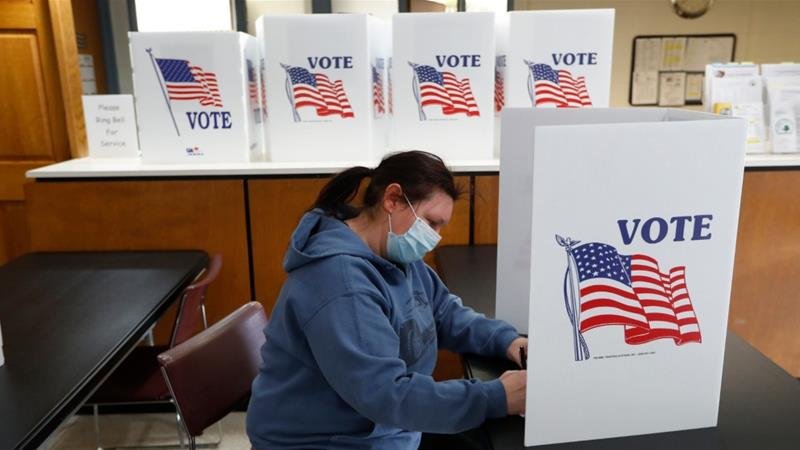 Foreign interference in the US presidential elections has not been new. It has come to be associated more often with the President of the United States, Donald Trump. Like in 2016 when Russia interfered in the presidential elections, a claim that the incumbent President repeatedly denied  Russia is once again trying to meddle in the US elections, a fact that came to light in a statement made by William Evanina, Director of National Counterintelligence and Security Centre. While on one hand China and Iran want to dent Mr Joe Biden’s, the Democratic nominee for the US presidential elections, chances of winning elections; Russia wants the incumbent President of the United States to win the elections.

The Russian factor in the upcoming US Presidential elections

Mr William who made the claim that Russia is trying to interfere in the US Presidential elections also said that although the foreign actors have a different opinion on who should be the next President of the United States. He was particularly wary of the activities of the trio i.e. China, Iran and Russia. He warned that the foreign actors might try to influence the voting behaviour of the Americans, undermine the confidence that the Americans have on the democratic process and moreover may try to change the political discourse in America ahead of the Presidential elections scheduled for 3rd November 2020. Efforts by the foreign actors to undermine the US elections pose a threat to American democracy.

In a press briefing on Friday, the POTUS said that there might be a possibility that  Russia might interfere in the US Presidential elections but at the same time he added that it too wants that he should win. Although he seems to be determined that any interference by foreign actors would be looked closely, he seems to be least concerned what the office of the US intelligence said. There is a reason why the Russian intelligence authorities are going after Biden and want to dent his chances of winning the US Presidential elections. Joe Biden has slammed Mr President for ignoring the threat that the Russian intelligence authorities pose. Long time Biden advisor, Tony Blinken said in a response that the President has repeatedly tried to invite foreign interference in the US elections. Russian officials are spreading wrong information about corruption that would undermine Mr Biden and the Democratic party. Some state actors of Russia are trying to boost President Trump’s campaign on social media and television.

China and Iran’s stake in the US elections

Mr Evanina said that China and Iran don’t want the President of the US to win a second term. Beijing finds President Trump to be too unpredictable. Beijing is aiming to influence the national mood and counter-criticism of China ahead of the US Presidential elections. Relations between the US and China have plunged to historic lows since the outbreak of COVID-19 pandemic. POTUS has questioned the Asian power house’s handling of the coronavirus pandemic. Washington and Beijing have locked horns over China’s claim on the South China Sea, the new national security law that was slapped on Hong Kong, human right violations committed by the members of CCP against Uighurs and intellectual property thefts. Trump administration has condemned Iran for its nuclear ambitions and has made efforts to isolate Iran in the international arena by imposing crippling sanctions.

Iran has started disinformation campaigns, disseminating anti-American content. Iran is under the impression that President Trump’s re-election would see new sanctions being imposed on it. Responding to the US intelligence report,  National Security Council spokesman John Ullyot said that the United States will not tolerate any foreign interference and it will take strict elections in that regard. The Trump campaign used the report to further launch attacks on Mr Biden. The campaign spokesman Tim Murtaugh said that they do need any foreign interference and Mr Trump will defeat Mr Biden. The former Vice President has explicitly stated that he will not tolerate any foreign interference and the country involved in that will face serious consequences.

It is too early to determine the effectiveness of China’s campaign or Russia’s effort to tarnish Mr Biden’s image ahead of the Presidential elections. But one thing is clear: Activities of the trio are driven by their agenda in mind. It is necessary for the Americans to be wary of such interference and not to be persuaded while making the choice that would impact their lives in a major way. Mr President’s China(enemy) rhetoric seems to be paying dividends at this juncture after reports by the US Intelligence alleged China to be trying to meddle in the elections. He could possibly use this golden opportunity to hurl accusations at China to score points off his rival Mr Biden, as he knows that whenever he invokes The China factor, his fans yell with delight.

The President of the US, however, shouldn’t seek a second term by joining hands with the Russian intelligence agencies. He has been alleged of getting Russia to help him win back in 2016. President Trump should waste no time in winning back the hearts of the Americans and should revisit the commitments he made to himself and be reminded of the oath he made while taking over the office. What can be more disgraceful for the POTUS that he was impeached on a charge of risking the national security of the US? Ironically he talks about America First but seems to forget what his responsibilities are.