The Journey of Former King of Spain, Juan Carlos I: Hero of the masses or a fugitive? 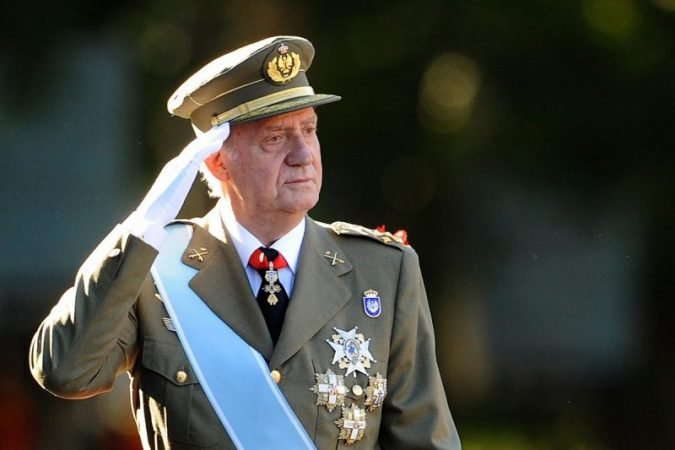 “New generation must be at the forefront… younger people with new energies” Former King of Spain, Juan Carlos quoted ending his 41-year long reign in 2016. He abdicated the throne in favour of his son, Prince Felipe, marking the first royal transition after Franco’s rule, thus carrying forward the legacy of the Bourbon Dynasty. King Juan Carlos I, popularly known to steer Spain to a path of democracy from the vengeful and absolute rule of Dictator Francisco Franco, is yet again falling in public favour after he took the monumental decision to leave the country once and for all, announcing that his decision came in the light of “public repercussions that certain past events in my private life are generating.”

Former King Juan Carlos I ironically was born in an exile himself to his father Don Juan. He was raised by Francisco Franco since he was ten and was nominated the natural successor to the much-feared dictator Franco. When King Juan Carlos assumed power in 1975, after General Franco’ death, he had the power to choose his own leaders and rule as he wanted without holding elections, but he did not do that. He used his power to transition Spain to a constitutional monarchy, drafting the 1978 constitution for the country. The revered King became something of a legend when he anticipated and faced a military coup by Lieutenant Colonel Antonio Tejerazo in 1981 and kept the country afloat during that time.

It was 2011 when Spain began closely scrutinizing his King for the first time before which as the King of Spain was immune to prosecution, he escaped accountability of the masses. In 2011, Princess Cristina and her husband Inaki Urdangarin were caught in a major corruption scandal regarding the overcharging of Sporting events organised by their non-profit organisation called Noos. They were being tried for money laundering charges and tax fraud. Inaki Urdangarin is now convicted and jailed while the Princess got acquitted in 2017. This is the first time when the Royal family was scrutinized by the people and set the stage for the huge blunder King Juan Carlos was set to make in 2012.

In 2012, when the country was grappling with a financial crisis, The Former King was reported to be on an extravagant elephant hunting trip with his rumoured mistress, a German aristocrat, Corinna Zu Sayn-Wittgenstein, in Botswana. He broke his hip on the trip and was brought back home to get treated in an exclusive hospital. It was also said that the entire trip was funded by the Syrian born Saudi Arabian King. The entire story was a hard pill to swallow for the citizens who were at that time struggling with a national recession and unprecedented rates of unemployment. A diplomatic apology was issued to save Spain’s Royal Family, but the damage was done and this incident eventually leads to the abdication of King Juan Carlos I in favour of his son King Felipe. With new information and scandals engulfing the Royal Family, the ability of the people to question the unquestionable forces has led to the trust in the monarchy, as measured by Spain’s CIS survey service, sank from a high of 7.5/10 in 1995 to 3.7 in 2013.

Similar such allegation prompted the recent exile of Juan Carlos I from Spain, the very country he drove to progress. Switzerland’s La Tribune de Genève newspaper reported that the former King Juan Carlos I received a hefty sum of $100 million from the late Saudi Arabian Monarch King Abdullah. In June, inspired by the report in the newspaper, the apex court of Spain opened up an investigation against the King in relation to a high-speed rail contract in Saudi Arabia which was given to Spanish companies in 2011. There was an alleged attempt to hide the money from the authorities by giving it all to a businesswoman. All these are such accusations on which the Former King did not make any remarks. He announced that he will be leaving the country and did not give any further details.

After the King fled, Spain erupted in protests. According to the poll by SigmaDos published on Sunday in the conservative newspaper, El Mundo found 63.3% of those questioned felt it was a bad idea for the 82-year-old ex-monarch to have left, while 27.2% agreed with his departure. This shows that people are clearly not happy with the King’s decision to not be held accountable by the public and the authorities. They think that he evaded accountability and the subsequent legal proceedings in his corruption scandal by leaving the country altogether. Many also feel that he might’ve put the royal family in a very unpopular position after he left, leaving his son to deal with the outcome of his irresponsible behaviour, as 100 republicans sit-in protest in Valencia. Such views are mostly held by the opposition, while Pedro Sanchez, the Prime Minister of Spain back and support the monarchy.

Many say that going to exile had been the Former King’s destiny. His father and his grandfather, the two monarchs of the Spanish Bourbon dynasty have gone into exile and at 82, he might’ve felt that it was his time to follow the suit. It was also a very convenient way for him to escape liability. At last, the people of Spain deserve transparency and accountability from the once most popular monarch of the country. The citizens have been inflamed as Former King Juan Carlos’ whereabouts surface in a luxury hotel in Saudi Arabia. The former King owes an explanation to the public.