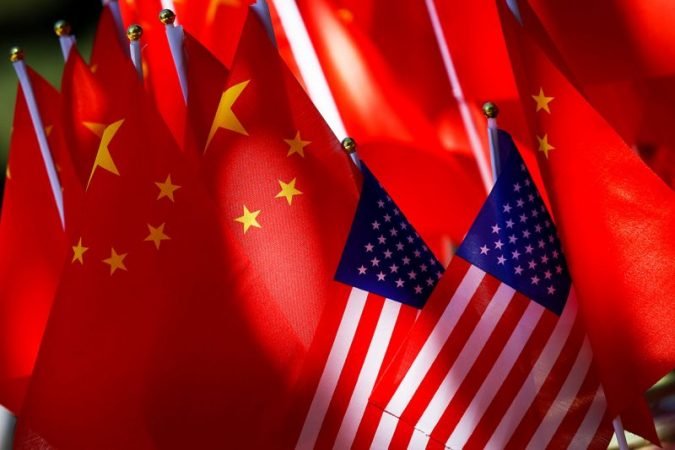 An alliance of middle powers might be the best bet for new global leadership, as both the US and China have lost credibility through the COVID-19 pandemic, but will they step up?

The West has dominated world history for the better part of 400 years. In this time, it led the world in technology, science, rule of law, economic development and modernity more generally.

While the West did receive a setback from the two World Wars—perhaps the bloodiest disasters in human history—it recovered from them, and established a new world order under the leadership of the US.

This new order included the creation of international organisations like the United Nations, International Monetary Fund and the World Bank. It was inspired by the lofty ideals of pluralist democracy, a respect for human rights, rule of law and a market economy.

The success of Western values saw the group expand. Western rogue dictatorships such as Greece, Spain and Portugal democratised. The Asian success stories of Japan, South Korea and Taiwan also democratised and solidified their partnerships with the West, as did Mexico, which joined NAFTA.

The governments of Ronald Reagan and Margaret Thatcher during the 1980s heralded great changes in the world order, although not all necessarily positive. The ultimate geopolitical victory of the West seemed to have come when the Cold War ended and many central and eastern European countries became independent and democratic, with some joining the North Atlantic Treaty Organization (NATO), Organisation for Economic Co-operation and Development (OECD) and the European Union (EU). Most importantly, Asia’s two behemoths, China and India, adopted some market economy principles.

Rise of the ‘rest’

This ‘unipolar moment’, with the US leading and the UK as its special partner, ignored two fundamental trends, and proved to be ephemeral.

First, the Western embrace of globalisation and technology would generate enormous prosperity. But it would also lead to fractured societies and polities, as inequalities rose and the middle class began withering away. Further, it fostered financial excesses, as evident in the Global Financial Crisis, which further exacerbated these inequalities.

Second, the rise of China and India as new great powers, continued the trend of emerging economies that could potentially transform the world. In the case of China, it was widely believed that a policy of ‘strategic engagement’ would see it become more politically open, and a ‘responsible stakeholder’ in the Western-led world order from which it benefited so handsomely.

It would come as a shock to most when, under the leadership of Xi Jinping, China would become more socially and politically repressive at home, and assertive abroad. By some measures China’s total GDP now exceeds that of the US, and China has been transforming this into military and financial power, which it overtly uses to challenge US and Western primacy in Asia and elsewhere.

The Western embrace of globalisation and technology would generate enormous prosperity. But it would also lead to fractured societies and polities, as inequalities rose and the middle class began withering away.

For the US and some other Western countries, the policy of strategic engagement was deemed a failure, and China is now considered a ‘strategic competitor’.

The West stumbles into COVID-19

The once-dominant, US-led West has been rattled by the rise and assertiveness of Xi Jinping’s China, with some even arguing that we could be passing from a Western-led world order to a Chinese-led one. And the US, once a beacon of Western democratic governance, is now a shadow of its former self, even though its economy appears strong.

The ‘land of the free’ is no longer judged to be a ‘full democracy’ by the Economist Intelligence Unit. Rather, it is ranked only 25 out of 167 countries covered, and is classified as a flawed democracy. It has also fallen from the world’s top 20 for the rule of law (according to the World Justice Project) and for corruption (as estimated by Transparency International). The Heritage Foundation only ranks the US’ economic freedom as ‘mostly free’, and 17th in the world. Reporters Without Borders places the US a mere 45th in the world out of 180 countries in press freedom, while the Global Peace Index which assesses countries on their level of peacefulness ranks it 121 in the world.

Additionally, there has been a rise in nationalism, nativism and protectionism in many Western countries. Public opinion swung against elites as populist figures like Donald Trump and Boris Johnson have galvanised public opinion and won the leadership of their countries.

The ascent of Donald Trump has seen a repudiation for much that symbolises the West, with a deterioration in US governance, and harsh treatment for many key allies. He has also demonstrated a wanton disrespect for the key institutions of the Western-led world order, and has shown no interest in the US’ traditional role of global leadership.

The often emotional attraction of these populist figures had many features which left their countries ill-equipped to deal with the COVID-19 pandemic, with the US and the UK being among the poorest performers.

Indeed, at the time of writing, the US leads the world with the highest number of COVID-19 cases, and also the largest number of deaths from the pandemic. The UK is ranked tenth in the world with respect to number of cases and third in terms of number of fatalities, with a per capita death rate well above America’s.

How could this once-dominant West blunder so badly in its management of the pandemic?

Donald Trump and Boris Johnson may be capable orators, whipping up the masses with their own versions of reality. But they have shown themselves to be incompetent when stress-tested by COVID-19, as they descend into denial, blame shifting and ineffective management.

There has been a rise in nationalism, nativism and protectionism in many Western countries. Public opinion swung against elites as populist figures have galvanised public opinion and won the leadership of their countries.

Trump would like to talk away COVID-19 as a fiction or an inconvenience based on his allergy to science- and evidence-based analysis, and his bizarre prescriptions for dealing with the challenge. Perhaps the most shocking aspect of the pandemic has been the total lack of interest of the US President in taking a global leadership role, and an apparent failure to understand the benefits (even for the US) of international cooperation.

In fact, COVID-19 has exposed all kinds of weaknesses in the US, notably in its health system, and in the poor cooperation between states and the federal government. Indeed, under any leader, the US may have struggled in its response but the mockery and nonchalance accorded by the current leadership in its response to COVID-19 speaks volumes about the core issue of governance.

In short, Donald Trump’s administration has overseen a deterioration in Western values in America and it has been evident for a while now. He has also worked to tear apart the West as a group, and as a source of world leadership.

For those of us who admire the great contribution of the US to global peace and prosperity, and treasure Western values of democracy, human rights and freedom, as well as cooperation between nations, this is a great tragedy.

It seems clear that China would like to take advantage of the West’s distraction by the pandemic to improve its leadership position in Asian and world politics. Its assertiveness has been seen in the East China Sea, South China Sea and along the Indian border. Its ‘Wolf Warrior diplomacy’ is evident from its aggressive reaction to Australia’s call for an independent, international inquiry into the origin and handling of the pandemic.

But China also seems to have lost the trust of many countries due to its initial cover-up of the virus, its disinformation campaign, and cynical mask diplomacy. Rather than fall further into China’s orbit, many countries are seeking to ‘decouple’ their economies from China to some extent, as they realise their vulnerability due to over dependence on China as a supplier.

Moreover, it is very plausible that China’s assertive foreign policy actions are a reaction to domestic economic weakness and political fragility. A weakened economy is a political weakness domestically; and additionally, China is expected to see a power struggle with some Chinese Communist Party seniors likely opposed to granting Xi his desire for a third term as leader.

In short, China is not presently well-placed to assume global leadership.

As the US and China have lost credibility through the pandemic, an alliance of middle powers might be the best bet for new global leadership.

A new role for middle powers?

Looking ahead, a number of middle powers could be well placed to play a strong role in global leadership, bypassing the erratic and malevolent behaviour of the US and China. Indeed, democratic countries such as Germany, Japan, Taiwan, South Korea, Australia, Canada and New Zealand have managed the pandemic quite well. And then there are other key democratic players like India and Indonesia who may like to be associated with these middle powers.

There is much for a middle power leadership to start work on, like reforming the World Trade Organization and the World Health Organization, and tackling disinformation, as well as providing leadership and coordination for efforts to develop a COVID-19 vaccine and medicine.

As the US and China have lost credibility through the pandemic, an alliance of middle powers might be the best bet for new global leadership. It may be a pipe dream, but we can only hope for these middle powers to seize the moment. The alternative may be international anarchy.

This article was originally written for Unravel