Nepal, its territorial claim and changing relation with India 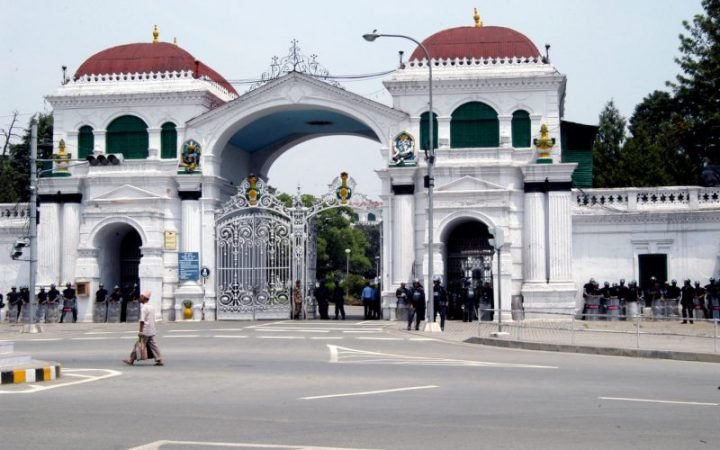 Even as India is still entangled in a border tension with China at Line of Actual Control (LAC) since May, including a violent clash at Galwan Valley, Nepal has blown another border dispute with India wide open. Recently, Nepal has constitutionally approved a new map that got assent from both houses of the country’s parliament and started describing the Indian territories of Uttarakhand — Lipulek, Kalapani and Limpiadhura — as its territory. Weeks earlier, Nepal Prime Minister K.P. Oli said that  “in a speech that those areas would be brought within Nepal’s map and possession”. For this reason, the Nepal government has also started promoting this new map. According to sources, this propagation is being done through Radio Nepal and Nepali FM radio, which is also being heard in Dharchula and Baluakot areas of Uttarakhand in India.

The question arises, why is Nepal doing this? While they are well aware of the fact that India is currently going through an atmosphere of tension over the border dispute with China and being a fellow member of the South Asian Association for Regional Cooperation (SAARC), the role of a responsible neighbour is expected from Katmandu. It is fair to assume that – also indicated by several scholars — Nepal has been doing it on the instigation of China.

If we turn the pages of history, one of the disputed areas between India and Nepal even since before the independence has been Susta, also known as ‘Susta Case’. This area lies near Raxaul in the Indian territory of Bihar, whose five square km of land was annexed by Nepal about a one and half-decade ago. Although it was an Indian fugitive criminal Munna Khan who helped Nepal, Nepal has not returned that land to India till date. At that time, China not only supported this encroachment but also surveyed this area on behalf of Nepal. Therefore, the possibility of incitement of China behind the new map of Nepal cannot be ruled out.

The audacity of Nepal has increased so much that it has also started building military cantonments along the Indian borders. Nepal government has deployed 160 soldiers in new outpost (a military camp) at Chhangaru near Lipulek, which is closed to Sitapul on the Indian side. Chhangaru is located just 12 km from the international border of Indo-Nepal and Tibet.

Looking at these activities of Nepal, it seems that this has been motivated to deviate India from the latest border dispute with China in Ladakh. This is natural for everyone to think, that Nepal is now completely under the grip of China. Now Nepal is getting overwhelmed by Chinese shops and industries. China’s contribution to Nepal’s infrastructure development is increasing day by day. Currently, the number of Chinese citizens has increased significantly in Nepal.

All facts show that Nepal’s attachment to India is getting dissolved gradually and slowly moving closer towards China, which the latest map episode indicates. Further Katmandu has also been blocking the works that have significance for mutual goodwill bilaterally, for instance, Nepal blocked the repair work of Gandak barrage located in Valmiki Nagar, Bihar. This barrage has a total of 36 gates, and 18 of these are located in Nepal. Every year, before the rains, all 36 gates are repaired by India, but this time Nepal has stopped the work of repairing 18 gates in its region by putting up a barrier. Significantly, if the gates are not repaired, during the rains, Bihar may suffer floods.

With the commitment Nepal has made to its claim on Limpiadhura, Lipulek and Kalapani, it has never shown the disappearance of the ‘Dasagaja’ border beds. With the launch of the new map of Nepal, about 40 ‘Dasgaja border stones’ have disappeared on the Indo-Nepal border in Lakhimpur Kheri district of Uttar Pradesh, reports of which have been lodged by the border guards with the District Magistrate. Apart from this, there have been reports of allotment of agricultural land to Nepalese citizens in Lakhimpur Kheri and Bahraich district. Nepal has never tried to take cognizance of how Nepali construction was built in ‘No Man’s Land’ and how mosques were built in these places in huge numbers.

By identifying and addressing the key challenges, both countries can develop a shared strategic vision which in turn can provide an enhanced framework for the revision of the 1950 treaty and further strengthen the ‘special’ Nepal-India relationship in the changed strategic context of the 21st century. By presenting new map K.P.Oli Government has tried to define the 1950 Treaty useless. The contemporary strategic and political environment has gone through tremendous changes in comparison to the context in which the 1950 treaty (1950 India-Nepal Treaty of Peace and Friendship) was signed.

If Nepal was serious about its land limits, it would have first worried about the demarcation border ‘Dasgaja Border Stones’, but it never did. The episodes of history testify that it has raised the issue of Kalapani only when there has been dialogue or dispute between India and China. Therefore, Nepal’s claim on Limpiadhura, Lipulek and Kalapani with new maps is an opportunity for Nepal that is fueled by China. Therefore, the time has come for India to rethink its border policy with respect to Nepal.