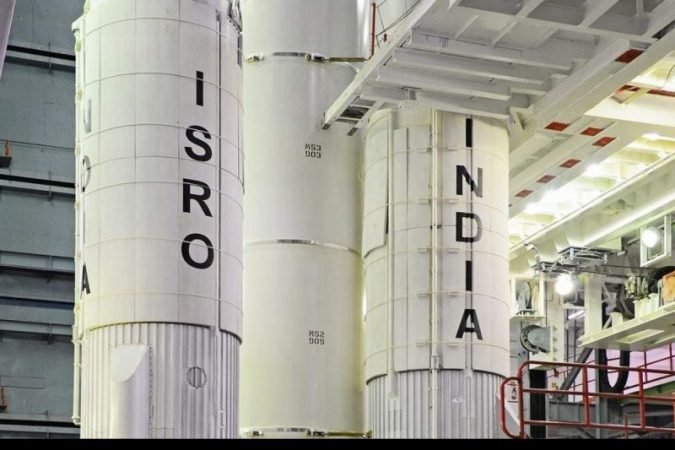 The Indian outer space programme has achieved extraordinary progress in the last decade.

The country is already known as the “bright spot” of the global economy, relying on a vast internal market, a highly young population and as one of the most sustained growth rates among the BRICS: all characteristics which shape it one of the top ten economies in the world.

Additionally, India displays successful space missions in its portfolio along with its proficiency in operating low-cost space projects which have made it a tremendously esteemed role-player in the international environment.

The agenda for the 2020-2030 decade is busy and crammed with challenging missions planned to land on the Moon and found the first Indian solar observatory in 2020, orbit around Venus and Mars in the two-year period 2023-2024, engage the country’s first crewed orbital spaceflight mission in 2021 and install the first modular space station in 2030. Thus, this ambitious calendar is the square one to drive India to the top position among space-faring nations by the end of the decade.

The emerging advanced Industry 4.0 – made up of Artificial Intelligence (AI), autonomous robots, big data synthesis, hyper-automation and digital manufacturing – represents the core of the current decade: hardware and software technologies supplementing real and cyber rooms into cyber-physical systems are overcoming the past Industry 3.0 technologies which have been the fuel of space operations until now.

According to the India’s space history, in 1984, Indian Air Force (IAF) pilot Rakesh Sharma was the first and only Indian citizen to hazard the space aboard a Soviet rocket for a week-long stay on the Salyut 7 space station. By December 2021, the country is hell-bent on running its own crewed spaceflight programme, called Gaganyaan, consisting in the launch of three astronauts into low Earth orbit for one week. In order to heighten its odds at success, Indian Space Research Organisation (ISRO) is going to carry out two un-crewed test flights, respectively in December 2020 and July 2021. What really stands out from the past missions is the unveiled intention of launching a humanoid robot named Vyommitra into low Earth orbit, which will perform as a dummy astronaut for the first two test flights. Vyommitra is half-length but equipped with communication systems which enable it to perceive and transmit with astronauts. It is set up to react to its environment, develop life-support operations and simulate crew activities: all procedures which would – and will – assist in facing issues and ensure the safety of the crew’s life on board before its 2021-planned flight.

As laid out in the ISRO Report 2020, the human spaceflight represents a giant stepping stone in the long run towards technological breakthroughs and India cannot miss this golden opportunity.

However, although ISRO’s ambitions involve human spaceflight programme, the organisation does not have any know-how about astronaut training.

In light of this, it has followed a wake-up call for international cooperation with Russia’s space agency Roscosmos and France. Specifically, since January 2020, four Indian Air Force (IAF) pilots have been attending a twelve-month-long programme at the Yuri Gagarin Cosmonaut Training Center, near Moscow. The pilots-turned-astronauts are addressing an intensive physical and biomedical training, including a first focus on preparation for extra-ordinary flight circumstances and a second one on monitoring the health conditions of astronauts from take-off to landing.

Well, it may be that ISRO is not yet at the helm of crewed spaceflights, but it certainly cannot be said that India does not tend to exceed its limits and thrive in challenging environments.

The Mars Orbiter Missions (Chandrayaan-1 and -2) and 104 satellites launched at once time are excellent patterns proving how outer space has increasingly become a resource for escalating a national prestige whose both Indian citizens and the international community can benefit.

Likewise, space has also turned into an expedient of foreign policy and diplomacy, as well as a stratagem for its military renovation. About this latter, in 2019, India has abandoned its traditional opposition to the space militarisation to embrace a new, more resolute approach with a view to its national space policy. Then, the country has established a Defence Space Agency (DSA) in 2019 which was already at that time forecasted to be a milestone towards shaking the ground of the space revolution. The DSA must team up with its civilian space agency partner, ISRO, to boost India’s technological capabilities in space affairs. In particular, both the agencies are expected to break the long-standing competition and distrust between civilian and military sectors by developing Industry 4.0 innovation ecosystems and enhancing Industry 4.0 automation and components in all their future projects and missions.

Moreover, on 24 June 2020, the Union Cabinet decided to institute a new body – Indian National Space Promotion and Authorisation Centre (IN-SPACe) – that will pursue a greater involvement of private industry, academy and research institutions in India’s space sector. IN-SPACe, which is predicted to reach its final operational capability within six months, will act as a junction point between ISRO and every like-minded private organisation which is determined to participate in research and development (R&D) of new technologies, exploration missions and human spaceflight programme.

The call for the private sector finds its origins in what the ISRO’s chairperson – Kailasavadivoo Sivan – stated during a recent interview. He declared that Indian industry had a barely three per cent share in a rapidly growing global space economy which was already worth at least $360 billion. Only two per cent of this market was for rocket and satellite launch services, which require fairly large infrastructure and heavy investment.

Despite profit-making and strategic reasons are crucial for the private involvement in the space sector, the Indian industry seems to be still unable to cater to the technological demands on its own.

Off to a rocky step, New Delhi should provide a strategic national space vision in the long term, evolve military dogmas, brainstorm new policies and change the geopolitics of the Region and the world at large.

If the above-mentioned Gaganyaan mission – meant to depart in 2021 – is successful, India will join the ranks of Russia, the U.S. and China in launching their own crews into space.

The geopolitical context that would follow up will meet the India’s growing role on the world stage and these diplomatic key results could be very convenient in turning tables for the United States: strengthening relations with India and making the country join the “table of the greatest ones” along with Europe and Russia, would isolate China, which is also on the hunt for extra-planetary successes.