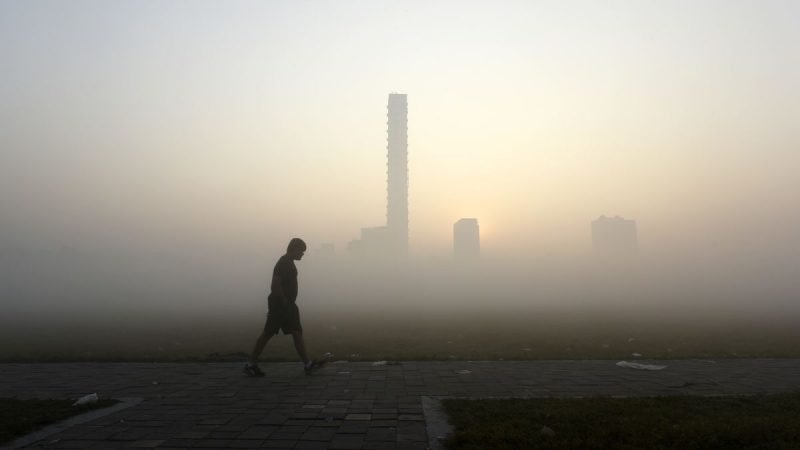 Of late, Net Zero Emissions (NZE) Roadmap has been launched by International Energy Agency’s (IEA) in the guise of a program named- Net-Zero by 2050. The term, ‘Net Zero Emission’ implies the overall balance which is achieved between the greenhouse gas emissions produced and greenhouse gas emissions are taken out of the atmosphere. The word carbon neutrality refers to achieving net-zero carbon dioxide emissions which can be done by balancing the emissions of carbon dioxide with its removal or by eliminating emissions from society. It is the world’s first comprehensive strategy roadmap which comes ahead of the United Nations Conference of the Parties (COP 26) climate change convention which is ongoing in Glasgow, Scotland.

India is in full gear to achieve the Paris Agreement Targets which required it to reduce the emissions by 33-35% of its Gross Domestic Product (GDP) by 2030 from 2005 levels and achieve 40% of installed power capacity from non-fossil fuels by 2030. Apart from that, India’s share of non-fossil fuel-based energy resources based on the installed capacity of electricity generation has already reached 38% against the target set by Nationally Determined Contributions (NDC). It has also announced the target of achieving 175 GW of renewable energy capacity by 2022, which was later subsequently enhanced to 450 GW by 2030. Needless to say, India has made concrete suitable progress in order to decouple economic growth from greenhouse gas emissions. But still, it continues to be the world’s third fourth-largest emitter of greenhouse gases after China, the United States and the European Union and as per the report released by Intergovernmental Panel on Climate Change, it will be amongst the most severely affected countries.

Being a third world developing country with the world’s largest population, the future of net-zero emission target by India lies shrouded in the dull cloak of ambiguity as it claims that it is already stretching itself to put in efforts to reduce emissions but subscribing to the net-zero emission plan will yield adverse repercussions which will be too complex to cope up with as it might push several into a vicious cycle of poverty. Though the reports released by the Intergovernmental Panel on Climate Change (IPCC), bear out a clear-cut warning that a 1.5-degree increase in temperature can easily occur before 20240 which calls for immediate cuts on greenhouse emissions. India being one of the largest greenhouse gas emitters, is severely under international diplomatic pressure and is sitting on the horns of a dilemma as to how to deal with the trigger warning of colossal temperature surge given by the sixth assessment report of IPCC. Several countries including the United States, China and the European Union have already announced their intentions to achieve net-zero emissions.

IPCC even remarked that in order to keep global net-zero by 2050 was the minimum required to keep the temperature rise to 1.5 degrees Celsius but without India subscribing to the norms of net-zero emission by setting a definite target for itself, it won’t be possible to keep the global net-zero by 2050. However, India finds itself in a worrisome situation as being a developing country, as subscribing to such norms in a haphazard manner would simply mean to jeopardise the efforts to lift people out of poverty. Also, China being considered a developing economy, which has already announced its plans to consider a net zero-emission strategy by 2060, is a factor that might pressurise India at the global level.

International Energy Agency has completely ruled out the principle of ‘Climate Justice’, it has faded out the role of historical emitters. Earlier, developed countries benefitted from the Industrial Revolution at the cost of emitting Green House Gases, leading to climate change so they must decarbonise their economies now which would leave the scope for the developing countries to industrialise themselves by switching to cleaner energy options.

In case, India plans to decarbonise itself and subscribes to the accomplishment of the net zero-emission targets, it would need to devise a base for the future course of action and would be required to set micro, meso and macro-level targets to be achieved within stipulated time-frame. It needs to formulate short-term decarbonisation targets along with trajectories for the next three decades to achieve the net-zero target which would put India on a green development trajectory, attracting investment in innovative technologies. Also, it needs to cap it coal usage.

But the consequences of phasing out the coal will be too complex to cope up with as it would simply mean huge revenue loss for poorer Indian States such as Chhattisgarh, Odisha, Jharkhand etc. For these states, close to 15% of the state revenue comes from the mining sector but capping the coal usage in these states would simply mean huge revenue loss as these states would loose out on the employments in the mining sector as more job opportunities will likely be created in the northern and southern India where solar and wind energy resources would be prevalent.

India as the developing economy with being the world’s fourth-largest emitter is under immense pressure to curb out carbon emissions and considering the fact that China has already announced its strategic net-zero emission target, the pressure is colossal. This pressure is further renewed by signing up of the agreement to enhance its renewable commitment under the Paris deals with 450 GW by 2030. India did not do any kind to the net-zero emission targets as of now and rather hold it in low regard. It has not favoured any binding commitment towards carbon neutrality. The heavy reliance of the Indian economic sector on the usage of coal is the biggest contentious issue in the way of adopting the net zero-emission targets.

Considering the vast topography of India, adopting marine farming and a blue economy might be of great help in reducing carbon emissions. India must tap new technologies and business models which are proven but need policy and regulatory support like new technology frontiers (green hydrogen), new business models (distributed and digitalised services, for distributed energy, EV charging, cold chains), new construction materials (low-carbon cement, recycled plastic). Climate plans can be formulated with the active involvement of the state and U.T. Government and apart from that climate governance institutes must be set up across the nation to monitor climate change at recurring intervals.

Thus, to conclude it can be said that the entire world needs to reach net-zero emissions in 2050, the success for which lies in major interim steps that need to be taken through 2030 by engineering cheap and green energy from hydrogen and renewable energy while making them accessible to all.

Himanshi is a Research Intern at The Kootneeti