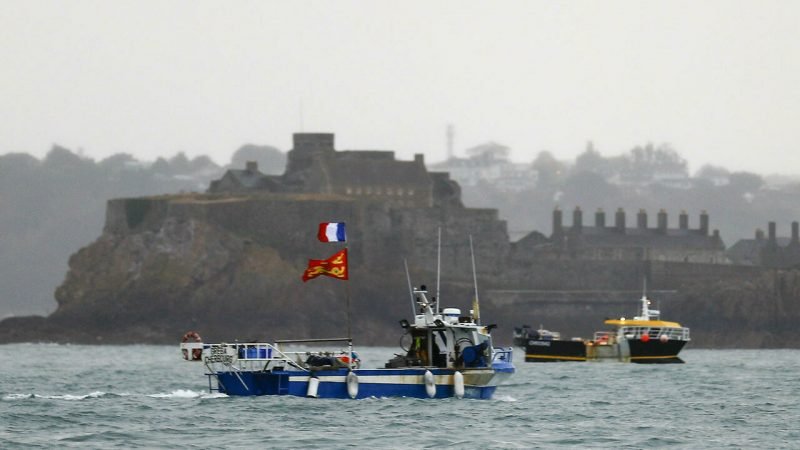 The two sides are at loggerheads over licensing rules for EU boats wanting to operate in waters around Britain and the Channel Islands.

France has been incensed by the rejection of its vessels by Britain and the self-governing islands of Jersey and Guernsey, which depend on London for defence and foreign affairs.

Castex said he was “always open to talks”, but hours later UK foreign minister Liz Truss tweeted that she had called in the French envoy to explain “disproportionate threats made against the UK and Channel Islands”.

France has warned that continued denial of licences would lead to retaliatory measures as soon as next week, including time-consuming checks on all products and a ban on UK vessels landing seafood.

French authorities also fined two British boats fishing for scallops during checks on Wednesday, with one detained at Le Havre.

“This isn’t a war, but it’s a fight. French fishermen have rights, a deal was signed and we must implement this deal,” Maritime Minister Annick Girardin said.

More than 200 French fishermen are waiting for licences to ply waters between six and 12 miles from British shores, and in particular around Jersey, according to French officials.

Girardin dismissed British claims that 98 percent of access applications by EU vessels had been approved saying the true figure was 90 percent.

“And all the ones without licences are French, except for one or two Belgians,” she said.

The Jersey government said it was “extremely disappointed” at France’s threats and it had made “progress” at talks on Wednesday that included EU officials.

It said fewer boats are being banned from its waters than previously.

France’s Europe Minister Clement Beaune said his country had to use “the language of force” because “that’s the only language this British government understands”.

He said a second round of retaliation could follow if no progress is made, including electricity price hikes for Jersey and other Channel islands that take power from France.

London has promised “an appropriate and calibrated response” to the French measures, since the British fishing industry depends on French ports as a gateway to Europe, its main export market.

The owner of the detained British trawler said it was fishing legally in French waters and the fine appeared “politically motivated.”

“We’ve not had this issue” previously, Andrew Brown, a director at Scotland-based Macduff Shellfish, told AFP.

A French prosecutor in Le Havre said the trawler’s captain could be fined up to 75,000 euros ($87,000), in addition to possible “administrative penalties”.

In Brussels, an EU spokesman said talks would be held with the UK and France to try to resolve the dispute.

“Our Trade and Cooperation Agreement with the UK is clear: vessels who were fishing in these waters should be allowed to continue,” the spokesman said.

French fishermen say Brexit is being used as an excuse to keep many from securing licences for British waters they say they have plied for years.

Barrie Deas, head of Britain’s National Federation of Fishermen’s Organisations, warned that French boats stood to lose the most in any “tit for tat” dispute.

“It’s a bit strange because the French fleets fish much more in UK waters than we fish in their waters,” he told the BBC.

The Union of French Fishmongers, representing 490 companies offered backing for Paris’ efforts to enforce the law, but sounded the alarm about banning UK boats from landing their catch and increasing checks on produce.

It warned against “simplistic and harmful” measures, noting “the national market is partly dependent on British imports”.