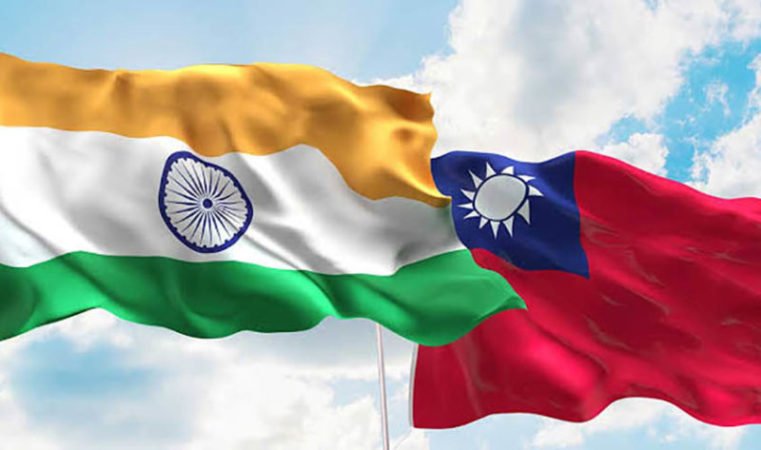 As India prepares to take over the chair of the World Health Assembly, it is a classic diplomatic dilemma, whether to support the entry of Taiwan with US support or back China’s stand of one-China principle and risk antagonizing China

India is clearly in a fix, the deteriorating US-China ties have forced India to take a hard call, at a time when the scrutiny of China’s role in the global COVID-19 pandemic is intensifying, it should have been highly easy for New Delhi to take sides and try and tame the Chinese dragon, but the difficulty of the situation has been compounded by the contentious issue of Taiwan, ever since the former Chinese leader Chiang Kai-Shek fled to the island of Taiwan when he lost the Chinese civil war to the communists in 1949, China has been desperate to get back Taiwan. China regards Taiwan as a recalcitrant ‘Chinese’ territory with the hostile anti-China government. China has vowed to get back to Taiwan, militarily if necessary.

The World Health Organization has become the latest flashpoint of the US-China tussle, the US supports Taiwan’s entry to World Health Assembly (WHA) which is the main decision-making body of the WHO, while China vehemently opposes it.

If New Delhi chooses to support the inclusion of Taiwan to the WHA, it will end up antagonizing China. China is extremely reactive when it comes to the issue of Taiwan and this doesn’t augur well for Indo-China ties. India has an unresolved 3,488 km long unresolved border dispute with China, the latter claims the entire Arunachal Pradesh as a part of eastern Tibet, the recent skirmish between Indian and Chinese troops near eastern Ladakh and western Arunachal Pradesh is a testimony to the fragile nature of the maintaining tranquillity at the border. India is desperate to settle the border issue with the dragon.

Economically, India is also dependent on China, it is India’s second-largest bilateral trade partner with trade reaching the historic $100 billion mark by the early fiscal year 2019-20, besides these Chinese companies such as Alibaba, Tencent holdings own a substantial stake in many leading financial and IT companies. According to Brookings India, the Chinese investments stood at $26 billion towards the end of the fiscal year 2019-20.

Another important aspect is that China is a hub for many critical raw materials necessary for the production of vital commodities. The national lockdown imposed by China to contain the spread of the COVID-19 pandemic in the early days of the pandemic’s outbreak caused ubiquitous disruption in the supply chain of pharmaceutical, textile and other raw materials.

China is vying for dominance in the Indian Ocean Region (IOR), the IOR holds immense India in terms of trade, commerce and strategic value. If China feels threatened then it will up the ante in India’s neighbourhood, India doesn’t have the money and strategic depth to take on China unilaterally, it requires the support of its friends.

Although India-US ties are currently on a downward trajectory, the strong nature of India’s ties cannot be ruled out, US is India’s largest trade partner and the third-largest provider of arms and ammunition, besides this US, has played an important role in supporting  India in the UN on a range of issues, be it vetoing a Chinese resolution seeking international mediation in the J&K post the abrogation in Article 370 and 35a as well as turning a deaf ear to the contentious Citizenship Amendment Act(CAA) and the National Register of Citizens(NRC) although a non-partisan federal body the USCIRF has downgraded India to its lowest ranking in the ‘countries of particular concern’ category. If the US feels that India is not sensitive to its concerns, US will also retaliate by means by such as igniting a trade war, supporting Pakistan by resuscitating its military ties as well as by resuming military aid which will bolster Pakistan’s belligerent attitude towards India.

Tightrope walk- need of the hour

Delhi has never recognized Taiwan as a separate nation and there is no basis for conflating Taipei’s presence as an observer at WHO proceedings with India’s consistent “One China” policy. At the same time, Delhi can’t afford to cede to Beijing a veto over its approach to multilateral issues. A sensible middle path for India would lie in the apolitical appreciation of the specific technical issues involved and an objective merit-based decision. The need of the hour for the policymakers in South Block is to maintain a tightrope walk between US and China without antagonizing the other, New Delhi needs to communicate clearly convey the message to both the economic behemoths that India will craft its own foreign policy in accordance with the requirements of its strategic concerns. At the same time, India needs to revive the lost credibility of the tainted global health body to put up a united front against the pandemic ravaging humanity.