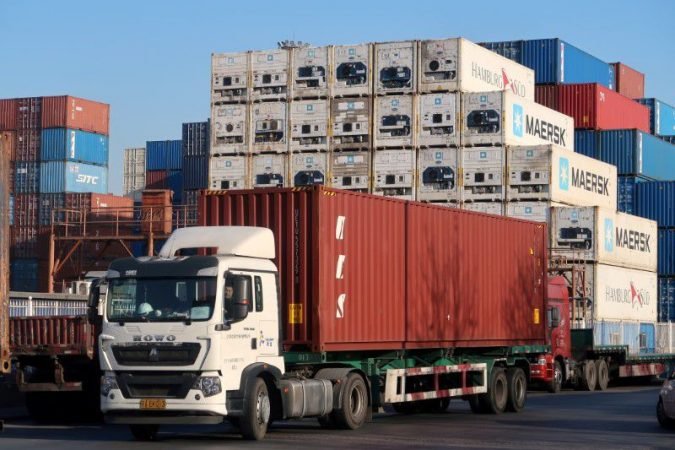 China’s export growth unexpectedly accelerated in September, as still solid global demand offset some of the pressures on factories from power shortages, supply bottlenecks and a resurgence of domestic COVID-19 cases.

The world’s second-largest economy has staged an impressive rebound from the pandemic but there are signs the recovery is losing steam. Resilient exports could provide a buffer against growing headwinds including weakening factory activity, persistently soft consumption and a slowing property sector.

Outbound shipments in September jumped 28.1% from a year earlier, up from a 25.6% gain in August. Analysts polled by Reuters had forecast growth would ease to 21%.

“Exports have continued to outperform and accelerate, even after omitting the impact of base effects,” said Erin Xin, Greater China economist at HSBC, adding that earlier shipments of holiday consumer products in light of global supply chain disruptions may be behind the continued strength in exports.Report ad

Other analysts said power rationing in September may not have affected exports yet, but could constrain production and inflate costs for Chinese manufacturers in the months to come.

Power shortages caused by a transition to clean energy, strong industrial demand and high commodity prices, have halted production at numerous factories including many supplying firms such as Apple and Tesla since late September.

Factories in eastern provinces of Guangdong and Zhejiang, both major export powerhouse, have been asked to stagger their production throughout the week, as many owners complain about the chaos the curbs have brought to work schedules.

Previously, factories could operate at night but now the ban is 24 hours on days of rationing, said King Lau, who helps manage a metal-coating factory in the export city of Dongguan. The factory was asked to stop using government electricity on three working days this week.

However, Louis Kuijs, head of Asia economics at Oxford Economics is optimistic the export outlook in the coming quarters remains solid, despite near-term headwinds.

“We generally expect these disruptions to ease over the coming months, as we expect senior policymakers to stress growth and to call for the pursuit of climate targets on a more measured timeline.”

“Further out, we think exports should be underpinned by the ongoing global economic recovery and a gradual easing of global supply-chain disruptions next year.”

Furthermore, the property sector, a key driver of growth, is reeling from the increasing defaults of Chinese developers, with real estate sales tumbling and new construction starts slowing.

“The breakdown showed a broad-based decline across all good types, though it was particularly pronounced for inbound shipments of semiconductors,” said Julian Evans-Pritchard, senior China economist at Capital Economics.

The volume of coal imports in September rose to their highest this year as power plants scrambled for fuel to boost electricity generation to ease the power crunch and replenish inventories ahead of the winter heating season.

Natural gas imports in September also rose to their highest since January this year.

Many analysts are expecting the central bank to inject more stimulus by cutting the amount of cash banks must hold as reserves later this year to help small and medium-sized enterprises.

China’s trade surplus with the United States rose to $42 billion, Reuters calculations based on the customs data showed, up from $37.68 billion in August.Additional reporting by Colin Qian; Editing by Jacqueline Wong