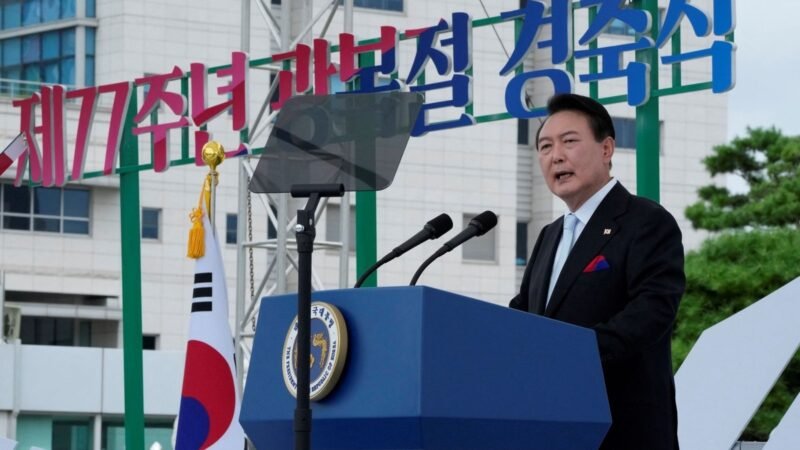 Within the framework of diplomatic relations between North Korea and South Korea, the reunification ministry of the Yoon Seok-Yeol administration offered assistance and various measures to strengthen North Korea’s economy. The counterpart is the gradual denuclearization of the Kim regime. However, the plan got rejected by North Korea.

The purpose of revitalizing the North Korean economy is a future investment in its key sectors like agriculture and mass food production, at least to the height of the population of the country or in sectors like public health. The goal therefore of South Korea and its allies is the denuclearization of North Korea, which constitutes the launching pad for Intercontinental Ballistic Missiles (ICBM). This measure came in the context of a tense international situation where the powers come together as a superpower bloc.

De facto, South Korea is close to the United States, but at the Asian level, at Yoon’s inauguration, President Xi Jinping’s special representative said Beijing wants to intensify relations between Korea and China. The diplomatic ties between Korea and China date from premodern Asia, indeed it is echoed in the annals of Joseon, Sejong. And earlier proves to us diplomatic ties in the form of a tributary kingdom.

On the other hand, this does not deprive us of a good diplomatic-cultural debate between Joseon of Korea and Ming of China. Relations between the two countries are therefore in the history of both countries.

But in the current context, South Korea is closer to the United States, and the Kim regime has a long-standing strategic alliance with China and Russia. These two countries being so close and allied to the opposing powers, they must on certain points modify their inter-state diplomacy. Obviously, this context disturbs the work of the ministries of reunification. One can imagine that in another context certain things would have been accepted by the North, and at least the dialogue would have been possible.

Despite this refusal and the current context, the Yoon administration continues its proposals to North Korea. This is a positive point of this new collaboration between the two sisters.

If we analyze this plan’s pure and hard stakes, it will make it possible to bring down the temperature between the North and the South to start a serious dialogue. On the other hand, it would be dangerous for the security of the Pyongyang regime in the long term indeed on what level it could compete with its great enemy – the USA.

We can think that this refusal is part of the new bloc strategy of Russia, China and their allies. We recall that North Korea was the only point through which the Sino-Russian bloc could reach the United States on their soil within the framework of ballistic missile fire. But the new Russian technologies now allow Russia to reach the USA from their soil. That means potentially Russia and China and North Korea can reach the USA on their soil, the threat is, therefore, real for the hitherto undisputed great global hegemonic power.