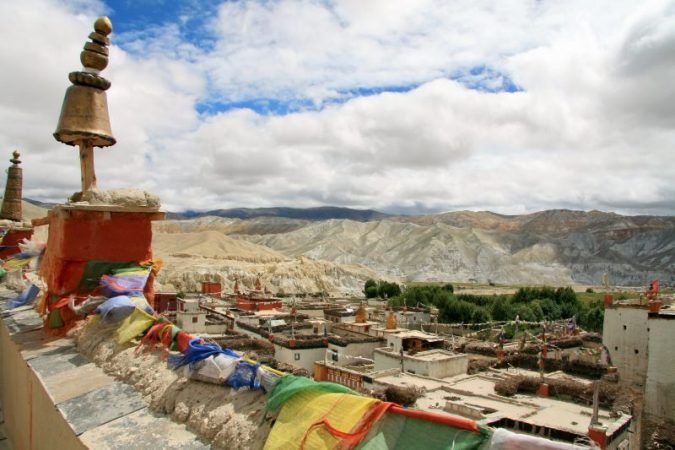 China attempts to stoke a fresh territorial dispute around a wildlife sanctuary in Bhutan that isn’t even contiguous to Chinese territory. Bhutan has refuted Chinese claims and said Sakteng Wildlife Sanctuary is an integral and sovereign territory of Bhutan.

Continuing with its expansionist agenda, China raised a new, non-existent dispute with Bhutan at a virtual meeting of the Global Environment Facility (GEF) held on June 2 and 3 this year. The Council was meeting was held to decide on funding for various environmental projects across the world.

During the recent 58th meeting of the council, Chinese representative tried to “oppose” funding to the project for Bhutan’s Sakteng Wildlife Sanctuary by saying that it was “disputed” territory. Global Environment Facility is a multilateral, international initiative that works in partnership with the United Nations and decides on global grants for various projects.

China attempts to stoke a fresh dispute in eastern Bhutan though this. The Sakteng Wildlife Sanctuary, claimed by China in the virtual meet, isn’t even contiguous to Chinese territory. The sanctuary lies in eastern Bhutan and shares a border with Arunachal Pradesh, the Indian state China claims as its own.

Despite Chinese opposition, the project has been cleared by the majority of the council members. The council refused to record China’s reason for objection, saying that the footnote would only record that China objected to the project. The reasons were included only in the highlights of the discussion, and not in the chair’s summary. The summary of the chair mentioned in the footnote that “China abstains and does not join the Council decision on this project”.

The Bhutan government has since issued a note to the GEF Council, strongly opposing the references questioning the sovereignty of Bhutan on the Sakteng Wildlife Sanctuary in the documents of the council’s session. The GEF council has been requested by Bhutan to remove all references of China’s claims from the Council’s documents.

Bhutan’s foreign ministry had issued a demarche to the Chinese embassy in New Delhi last month, protesting the Chinese statement at the meeting. Sakteng sanctuary has in the past too received such grants, including in 2018-2019, for a project on preventing soil erosion, without any objection from China.

Despite this, Beijing on Saturday showed it was not backing down. The Hindu reported that on Saturday, the Chinese Ministry of Foreign Affairs (MFA) issued a statement highlighting three separate areas of disputed territory with Bhutan. “The boundary between China and Bhutan has never been delimited. There have been disputes over the eastern, central and western sectors for a long time,” the Chinese MFA said.

On Tuesday, Japanese defence minister Tarō Kōno speaking on the defence white paper as quoted by news agency Associated Press (AP) said, Beijing has been, “unilaterally enforcing its power on the border between China and India, the Bhutan border, in the South China Sea, the East China Sea and multiple places. We wrote specifically about its behaviour (in the white paper).”

The issue also found a voice in US Secretary of State Michael R Pompeo’s recent press briefing, “From the mountain ranges of the Himalayas to the waters of Vietnam’s Exclusive Zone to the Senkaku Islands, and beyond, Beijing has a pattern of instigating territorial disputes. The world shouldn’t allow this bullying to take place, nor should it permit it to continue.” He also said, “There aren’t many neighbours that could satisfactorily say that they know where their sovereignty ends and that the Chinese Communist Party will respect that sovereignty. That’s certainly true now for the people of Bhutan as well.”

Bhutan is the only other country apart from India with which China has an unsettled land border. Bhutan, one of India’s traditional allies, is also China’s only neighbour with which it has no diplomatic ties. Despite this, the two states have been talking since 1984 to resolve their border issues.

The addition of the eastern sector as “disputed” territory by China is notable as this hasn’t been part of the agenda across the 24 rounds of China-Bhutan border talks held so far.  The last round of talks was held in 2016 and the next edition was put off after India and China clashed at Doklam in 2017. Coronavirus pandemic has delayed talks further this year. China has for the first time staked the claim in eastern Bhutan in early June only.

China’s recent bid to paint the Sakteng sanctuary as disputed has been dismissed by experts as historically inaccurate. According to the editor of The Bhutanese, Tenzing Lamsang, “there are only 2 disputed areas raised in (the) 24 boundary talks since 1984 agreed to by both sides with signed minutes (269sqkm in West & 495sqkm in North-Central Bhutan)”.  “The Chinese never brought this (Sakteng) up in the boundary talks,” Lamsang says.

Posting online a 1977 map issued by China that showed the sanctuary well within Bhutan, he tweeted, “1977 Chinese map showing Sakteng well within Bhutan while claiming entire Arunachal Pradesh. This is in addition to many other such maps including recent ones. Yet to hear of any country in the world disputing its own official maps issued for decades.”

The Print reported that sources in the Bhutanese government told that their boundary with China is under negotiation and has not been demarcated, but reiterated the fact that there is no dispute in its eastern territory.

What it signals to India

The importance of the political geography of the Sakteng Wildlife Sanctuary is such that unless China has the Indian state of Arunachal Pradesh under its control, the Sanctuary would only be an enclave without any direct border with China’s Tibet Autonomous Region. This brings to fore the link of fresh Chinese claims with Arunachal Pradesh, which is claimed in its near entirety by China as part of Tibet.

“The Sakteng area specifically borders Arunachal’s western Tawang region, which China has particularly prioritized in negotiations with India; arguably, Tawang is the least negotiable piece of territory for Beijing in the entirety of the eastern sector. Given the ongoing Sino-Indian tensions in the western sector of their border in Ladakh, the timing of the revelation of this “new” dispute with Bhutan will likely be seen as coercive by India,” reported The Diplomat.

It is the Trashigang district of Bhutan, where the Sakteng wildlife sanctuary lies, that India some years ago requested for the facility to construct a road connecting the Tawang district of Arunachal Pradesh with the foothills of Assam. It would have reduced the distance from the Tawang town to Indian plains by almost 100 km, but due to Chinese claim on Tawang, Bhutan stopped the construction of the road under Chinese pressure. The new Chinese claim in eastern Bhutan would add to barriers already present to Indian attempts to complete the road to Tawang.

There are similarities in China’s creation of territorial dispute in eastern Bhutan and Beijing’s claim over the Galwan Valley. In eastern Bhutan, China has staked a claim for the first time and in the Galwan Valley too, until recently, there were no Chinese claims since 1962. China is preventing the construction of the Dorbuk – Shyok – Daulat Beg Oldie Road in Galwan valley in Ladakh even though it lies entirely within Indian territory,

Sikkim Express points out, “It could be a part of the Chinese strategy to build pressure in the Tawang sector when the two armies were facing each other in Ladakh, observers pointed out. In 2017, during the Doklam face-off when Indian troops had intervened in a road-building programme of the Peoples Liberation Army of China in Bhutanese territory, China had raked up the Sikkim issue as a pressure tactic. “Beijing should reconsider its stance over the Sikkim issue. Although China recognized India’s annexation of Sikkim in 2003, it can readjust its stance on the matter,” an article in Global Times”.

The Diplomat reports, “Claim to more than 10 percent of sovereign Bhutanese territory (in eastern Bhutan) may be primarily intended to coerce Thimphu into making concessions in other areas, such as Doklam, on terms favourable to China. Given the special relationship between India and Bhutan, as well, Chinese pressure on Bhutan may be designed to test the relationship between New Delhi and Thimphu.”