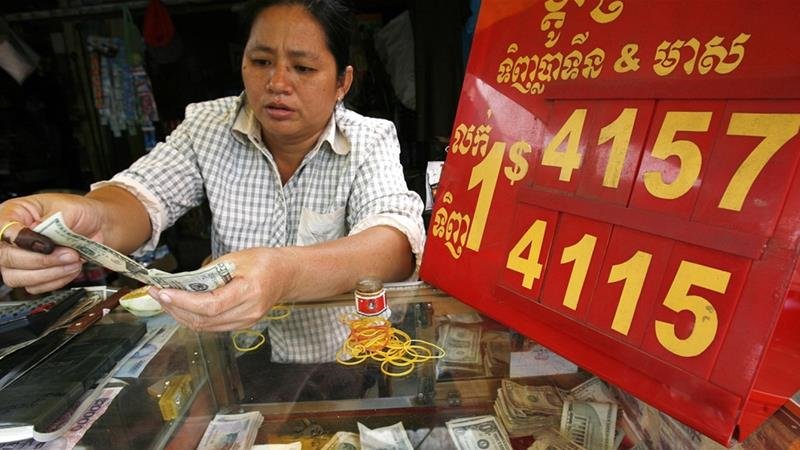 The lessons of India’s major microfinance crisis of 2010, when more than 200 borrowers committed suicide, have still not been learned. Many of the same mistakes are still being made in Cambodia today.

India’s crisis erupted in the south-eastern Andhra Pradesh state in October 2010. An extended drought and a poor harvest made it impossible for many borrowers to repay their loans. Many had been stripped by microfinance lenders of their valuables before they choose to kill themselves as the only way out.[1]

According to the academics, Milford Bateman and Ha-Joon Chang, the microfinance model in Andhra Pradesh had “degenerated into nothing more than a vast Ponzi-like survival strategy” for a very large number of poor people, who were constantly trying to get new loans as the only way to repay old ones.[2]

The parallels with today’s Cambodia are disturbing. As in Andhra Pradesh, “micro-credit”, or micro-debt to avoid the euphemism, has been rapidly extended to people living on very low, irregular incomes. It is hard to grasp the speed at which international institutions have poured money into Cambodian micro-debt. By 2015, Cambodia was receiving almost 10% of all micro-debt investments in the world, only slightly less than India, which has a population nearly 100 times larger.[3]

As in Andhra Pradesh, a microfinance organization that began life as a not for profit organisation has metamorphosed into such a profit-seeking company traded on the stock market. India’s SKS Microfinance, which started out as an NGO, listed in July 2010, shortly before the crisis. Cambodia’s largest microfinance ACLEDA, set up by the United Nations Development Program (UNDP) in 1993 to help refugees and war victims, completed its IPO in May this year.

And as in Andhra Pradesh, microfinance in Cambodia has focused heavily on loans rather than savings products. It’s much quicker and easier for microfinance organizations to raise money for lending via foreign financial institutions and capital markets, rather than undertaking the hard work of encouraging the poor to save.

In both cases, rapid expansion was needed to scale up and sell the story to potential investors. The creditworthiness of borrowers took a back seat. At least two suicides in Cambodia have already been linked to microfinance debts. Prime Minister Hun Sen has told ACLEDA and other banks to seize land and property from borrowers who can’t pay.

The government’s use of land grabs where the poor are evicted to make way for development in Cambodia has received widespread international attention. The use of debt as a means of repossession and displacement is a much quieter, less-noticed process. The relationship between debt and migration exists on a national scale: the International Organization of Migration found in 2016 that over 40% of Cambodian migrants left the country to service financial debts.

The Cambodian human rights organization Licadho in May showed how microfinance has relied upon and encouraged migration to Thailand.[4] Licadho carried out a survey in September 2019 on the relationship between migration and microfinance in a single village in Cambodia’s north-western province of Banteay Meanchey.

The survey found that microfinance debt was the primary cause of migration for most households, and was a contributing factor to human trafficking. Some microfinance institutions refused loans unless a family could prove they had at least one member working abroad. Some institutions issued the loans in Thai baht, making employment in Thailand the only practical way of servicing the loan.

All of the 30 households interviewed had at least one family member who had migrated to Thailand. At least five of the migrants were younger than 18 when they went abroad. Licadho says this number is probably higher as many families did not want to give the ages of the migrants.

Despite the economic impact of COVID-19, ACLEDA reported a 17% increase in first-quarter profit to $36 million. The bank said the results showed it can generate a profit regardless of the economic environment.

The same can’t be said of most of the people it lends to. To say that a person lives on $1 or $2 per day does not capture the reality of extreme poverty. On many days there are no dollars, then $5, then nothing. Savings products would help such people, but for profit-driven microfinance lenders, that’s not a priority.

More than 80,000 Cambodian migrant workers have returned home from Thailand as work has dried up. In this emergency situation, I have called for the maximum microfinance interest rate to be reduced from 18% to 5%. Repossessions of land and property from those who can’t pay must stop at once. Given the depth and likely length of the economic crisis caused by COVID-19, anything less would be to risk a catastrophe that could dwarf that witnessed in Andhra Pradesh.

[4] Licadho, Driven Out: One Village’s Experience with MFIs and Cross-Border Migration, May 2020. https://www.licadho-cambodia.org/reports.php?perm=229