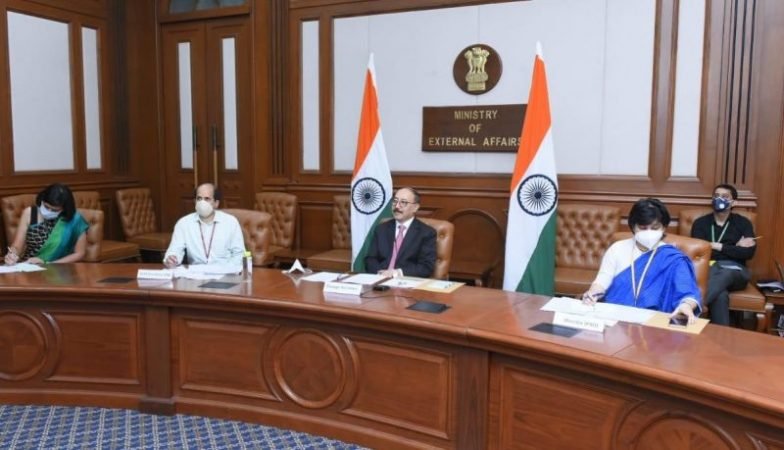 On 29th June 2020 India-France Foreign Secretary-level consultation were held where they exchanged views on regional and global issues of mutual interest, and on the COVID-19 pandemic and reviewed the progress of their ‘multi-faceted cooperation’ the External Affairs Ministry said in the press release.

Foreign Secretary Harsh Vardhan Shringla and Secretary-General of the Ministry of Europe and Foreign Affairs of France, François Delattre, was at the consultation via a video link, the ministry said in a statement

During the meeting India welcomed France’s joining of the Coalition for Disaster Resilient Infrastructure.

India, along with Mexico, Norway, and Ireland, were elected to the Security Council on June 17. They will serve in the council as non-permanent members for two years, starting from 1st January.

According to the Diplomatic sources France Defence Minister Florence Parly writes “In these difficult circumstances, I wish to express my steadfast and friendly support, along with that of the French armed forces. I request you to kindly convey my heartfelt condolences to the entire Indian armed forces as well as to the grieving families,”

The clash at patrolling point 14, occurred when China attempted to unilaterally change the status quo there. Twenty Indian Army personnel, including a commanding officer (CO), were martyred in a fierce clash with Chinese troops in Galwan Valley on 15th June.

India and France have excellent bilateral ties, which are reinforced by a shared vision to cooperate for further enhancing peace and prosperity for the two countries and the world at large. The strong strategic and economic partnership stands out.

France has supported India in every sector —from a nuclear test in 1998 during the Former Prime Minister Atal Bihari Vajpayee government, defence to a UNSC listing of Masood Azhar after the Pulwama attack, New Delhi’s stance on Kashmir at the United Nations Security Council.

Recently as reported the first of the batch of four to six Rafales fighter jet will land in India on 27th July and can be operationally deployed in August and France have diverted missiles meant for itself to India. The initial plan was for the missiles to start arriving in October.

The development came amid India being engaged in a standoff with China.