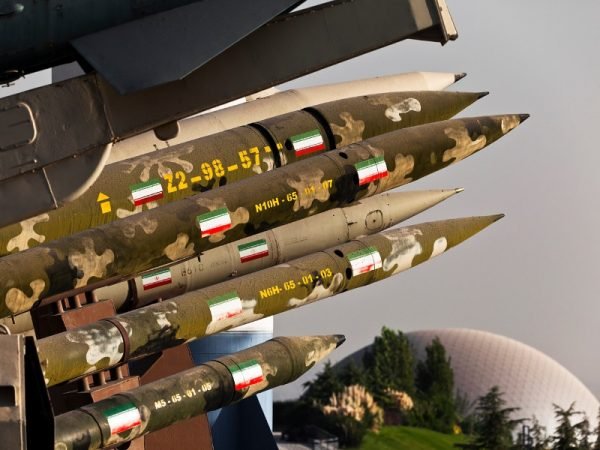 Iran’s relations with the US have shaped its defence policies since the days of the monarchy, and they still continue to do so. We have become accustomed to the historic post-revolutionary rivalry between the two states, but the bellicose rhetoric and antagonism that today exists between the two succeed a period of amicable relations between the US and Iran. Iran under the Shah’s rule was a major United States’ ally in the middle east and thus a major player in the balance of power in the region. The cold war realities and power politics played a role in shaping the US- Iran relations too. Thus, Iran was armed to the teeth by the Americans with the best weaponry available at the time.

The Shah had great military ambitions and wanted to make Iranian armed forces the best non-atomic military in the world. The vast oil revenues that the Iranian state received further helped the Shah to buy weaponry worth $10 billion when Tehran’s GDP was around $77 billion. Thus, large amounts of state of the art weaponry were exported to Iran which included the F-14 Tomcat fighters which was only exported to Iran except for the Israelis. Iran also received F-4 Phantom fighters, C-130 Hercules transport aircraft and large numbers of AH-1Z Cobra helicopters from the US, as the arms trade shot up from $524 million in 1972 to $3.91 billion in 1974. Aside from the US, the UK was also in the middle of delivering the Iranians more than 1500 Chieftain main battle tanks

Shah Pahlavi’s aforementioned plan to make Iran a formidable non-atomic military comprised of the ability to produce and procure surface-to-surface missiles, for which the Iranians co-operated with Israel under Project “Flower” under an arms-for-oil agreement. This agreement served both the nations, as it strengthened the Shah’s military and guaranteed supply of oil to the Israelis. In addition to this, such cooperation led to the foundation of the Iranian defence industry, as they sought to replace and indigenise some critical American parts within the American supplied missiles and increase their range.

The Islamic Revolution and the Iran-Iraq war

The 1979 Islamic Revolution and the Iran-Iraq war that accompanied it led to the termination of diplomatic ties between Iran and its biggest arms supplier, the US. Iran was heavily sanctioned and an arms embargo was imposed on the Islamic Republic. The Raegan administration though were directly involved in the conflict against the Iranians but facilitated some arms transfers which included TOW and Hawk missiles through Israel to aid the contras in Nicaragua. This became known as the famous Contra affair. The 8-year war with Iraq, however, had an impact on Iran’s arms industry and North Korea and China became its largest suppliers instead of the US for the first time. The North Koreans sold their Chinese T-55 tanks, Scud Missiles and the indigenous M-1978 Koksan artillery guns to the Iranians among other arms transfers. North Korea thus, helped Iran get its hands on Ballistic as well as cruise missiles during the Iran-Iraq War, and later helped them build their nuclear program. The Chinese had intensive missile technology agreements with the Iranians during the war and supplied them with HY-2 and HY-4 anti-ship missiles.

After the end of the Iran-Iraq war, the Soviets began their military cooperation with Iran in 1989 which included soviet aid to help the Iranian civilian nuclear program. The Soviet breakup and the subsequent strain on the Russian economy resulted in an increase in the conventional arms transfers to the Iranian regime, as Russia desperately needed foreign exchange and new buyers for its conventional equipment other than India and China. The resultant arms transfers included 30 Mig-29 and 30 Su-24 fighter jets, 300 T-72 tanks, SA-5 and SA-7 SAM and Kilo-class submarines.

These arms transfers came to a halt in the mid-1990s, as the Russians agreed not to sign any new arms deal with the Iranians under an agreement with the US. This ended in 2000 with the Russians communicating to their American counterparts of their will to exit the agreement regarding arms deals with the Iranians, as the economic benefits that the Russians had hoped for in leu of their control on arms exports to Iran had clearly not materialised and the Russian military-industrial complex was exercising its clout over the government’s policy. Thus, began the transfer of arms worth $700 million, which included new Mig-29s, anti-ship missiles and the S-300 missile defence system. Russians continue to co-operate with the Iranians in Syria and Iraq and have provided Iran assistance in its ballistic missile program.

Decades of sanctions and embargoes made it difficult for the Iranians to acquire spares and new equipment for their armed forces. Iran was dependent upon the Chinese and the Russians for their supplies. And while the Russians were repeatedly pressured by the US and Israel to not conclude deals with the Iranians, the Chinese weaponry was not always up to the mark. In addition to this, the large amount of American equipment operational with the Iranian armed forces like the F-14s and the F-4s required spares and ammunition which Iran could not get it hands-on as a result of arms embargoes and termination of diplomatic relations with the US.

To avoid a dysfunctional armed force, Iranians started their indigenisation efforts for mostly the American equipment they used, but eventually Russian equipment too. Reverse engineering was extensively used by the Iranians to initially manufacture spares for the Northrop F-5s and the F-14 Tomcats, and eventually resulting in the production of Saeqeh (reverse engineered F-5) by HESA. In 2018, HESA came up with the Kowsar, which is a fully indigenised F-5 derivative and started serial production for the same. Iran downed a USAF RQ-170 reconnaissance drone in 2011 and subsequently revealed two reverse-engineered versions of the same. The IRGC Airforce now operates the Saegheh and its piston-driven twin the S-171 Simorgh produced by the Shahed Aviation Industries.

The Shah acquired hundreds of Bell-206 helicopters for the Imperial air force which form a huge part of Tehran’s helicopter fleet to this day. The state-owned HESA started producing reverse engineering versions of the Bell-206 along with their spares called the Zafar-300. HESA also produced light attack versions of the Bell-206 armed with Kowsar missiles, which in itself are Iranian copies of the Chinese C-701 anti-ship missiles. Iranians have worked in the field of air defence too and came up with their indigenous Bavar-737 missile defence system as they could not import the Russian S-300PMU systems. The system is armed with Sayyad-3 and Sayyad-4 missiles, which are also deployed on the Talaash-3 systems. The Bavar-373 batteries come with the Meraj-4 S-Band AESA radar, which are also Indigenously produced.

Iran’s Defence Industries Organisation produces the Ra’ad-2 155mm self-propelled howitzers, the hull for which is based on the T-72 chassis while the turret looks similar to the American M-109 SPH’s turret. Thus, the Iranians have been able to perfect their reverse engineering capabilities in the face of the arms embargoes. The presence of modern weaponry in the region, the instability and the role of IRGC and Iranian proxies further helps the defence industry to churn out newer products. Weapons captured by the Iranian proxies and their reverse-engineered variants ensure that Iran has an edge in the region and does not lags behind the west too much in terms of weapons technology. IRGC and its affiliates often give necessary patronage for the production of such products and eventually operate them.

The Iranian defence industry has greatly benefitted from its reverse engineering endeavours and its licensed production of foreign equipment. Iran has worked on its indigenous production capabilities and is now coming up with fully indigenous arms which are not copies of foreign arms or licensed productions. Tehran’s shipbuilding capabilities have greatly increased over the years and it is now capable of building guided-missile destroyers.

The withdrawal of the US from the JCPOA has partly quashed the hopes of Iranian moderates to build a formidable conventional military which may have western equipment and the much-needed spares for the pre-revolution military purchases. This has further increased the IRGC’s adventurism in the region which aims to give Tehran an asymmetric edge in its neighbourhood, where almost every major power has a symmetric edge over it. IRGC’s patronage to the Iranian defence-industrial complex has augmented Tehran’s efforts for Indigenisation and self-reliance in defence. Exports to foreign countries, for now, seem unviable and counterproductive to the national interests of the Iranian state, but Tehran has not shied away from selling its equipment and sharing its technology with friendly proxies in the region like the Badr Organisation in Iraq and the Houthis in Yemen; which are essential for the Iranian state to maintain its regional dominance and work as an extended arm of the Iranian state to thwart the US and Saudi influence in the region.