Racism in the Americas: Sins of the past 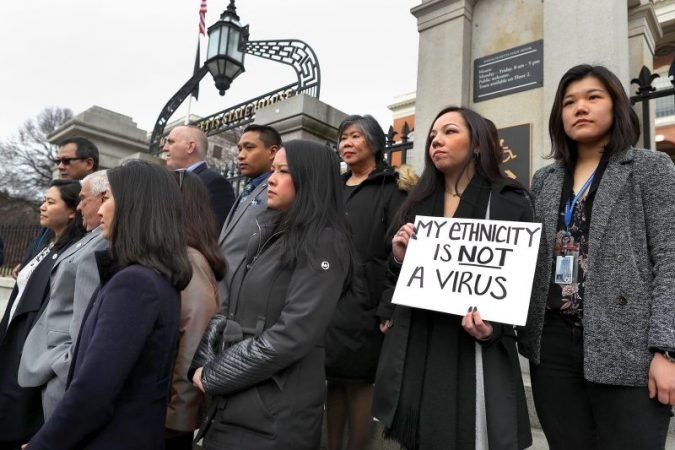 The incidents of racism and hatred that we are witnessing today, began when Columbus introduced the US to the Europeans five hundred years back. Slaves were imported from Africa to work in the plantation of the new world. The loyal, hardworking slaves of Africa later became the backbone of the entire US economy. Gradually; the inevitable dependency of American mainstream society on African slaves increased. But unfortunately, their social status remained the same as slaves. There are many reasons for that, one such reason is that historically they were never seen as Heroes who laid the foundation of the US economy.

Economic past of slavery

Present-day North America can be divided into two parts based on their economies. The South, with flat land, fertile soil and suitable climate, offered an ideal scope for large scale plantations especially the cash crops like cotton, cane and tobacco. These were of high demand during the time, but these crops are highly labour intensive too. This requirement was fulfilled by the slaves from Africa in a way that the slaves became the heart of the economy of the South.

As the demand for cotton from the South was growing along with the new inventions like cotton gin in the sector, it doubled the demand for the products which eventually increased the demand of slaves. It doesn’t mean that the North grew independent of the slaves. North was also hugely dependent on this exploitative slavery system. The industrial revolution in the North began with the mechanisation of the textile industry.

The industrialists of the North were dependent on the south for raw materials, as they were devoid of them. That is why the south was supported by the banks from New York and Britain for purchasing slaves, in a way that legitimised slaves even as private property. But with rapid industrialisation and urbanisation, fuelled with new inventions, the North slowly eliminated the need for slaves and welcomed the need for workers.

Much before the civil war, the South and the North were well acquainted with each other because of their intertwined economies. A delicate balance of power was maintained between the two parts of America. Around the year 1820, the North had eleven states with well-developed industries as free states and the South had eleven states under plantation as slave-states. The rift between the two began with the establishment of new states towards the west, on the nature of the state whether they would be a slave state or free state. Like Missouri wanted to join the federation as a slave state similarly, Maine wanted to join as a free state, so that balance could be maintained.

This maintenance of balance began to turn into a competition in US politics, which finally broke with Kansas and Nebraska. The South, using its slave power began to dominate US politics. It started lobbying to create new states with slaves and passing laws which were pro-slavery which reach its peak in the year 1857 with the famous supreme court ruling on Dret Scott case that ruled the blacks had no rights to claim in the United States. This was not acceptable for the industrialists of the North. So, in order to end the Southern dominance in the politics, the North wanted to end the slavery on grounds that it is immoral and cruel as it was the backbone of the economy of the South.

If we try to see the real picture of the American Revolution to the civil war, the North never had the intention to end slavery on moral grounds. The true reason for the North to fight for slavery is that first when North got industrialised, they were no longer dependent on slaves directly. On the other hand, the same slaves were directly empowering the South that paved the way for the South/agrarian to be more powerful than the North/industrialist.

That is why even though the institution of slavery was ended, the racial treatment of the slaves never really ended. In fact, blacks even now bear the brunt of racial discrimination. There have been many struggles, crimes and cases related to it. In the year 1967, the American regions saw much devastation due to riots in the form of violent activities, vandalism of properties and destruction all across.

The then-President Lyndon Johnson began to enact the Kerner commission to understand the underlying root cause of the riots. Even though initially it was marked as an act by the blacks, later on, the commission ascertained that indeed there was a prevalence of racial inequality all across America that demanded immediate government action. That was so frustrating for the blacks that it led to the riots. This is prime historical evidence that dates back to the year 1967. It is the year 2020 now and sadly this problem is still a major challenge for the USA. The recent protests and demonstrations following the killing of George Floyd exhibit the remnants of past chaos and the preponderance of entrenched racial inequality.

A number of accomplished psychologists have enumerated various factors of why and how racist attitudes develop and continue. The crux of it is that it develops from a tender age, as kids are constantly learning these things and it leads to them developing a fear or hatred for the other community. This is why they continue to follow racist approaches even after they grow up. Hence, the problem has to be dealt with in such a manner that it takes care of individuals from a young age. Many policies have been crafted and curated in order to uplift the Blacks to the level of their white counterparts. Even then the ill situation for blacks remains.

In this context, we clearly require a most awaited change at a psychological level along with social and economic reordering in order to bring an end to the stigma of racism. The issue of racism is manifold as it encompasses all the segments of social life. This calls for the active involvement of various social institutions that are capable of influencing the intellect and perceptions of people. It includes family, schools, civil society, and religious institutions.

This has to begin with the family as it is the first place where the deep-rooted process of socialisation begins, the place where social norms are embedded in the minds of the infants. It must be followed by schools. The importance of diversity has to be imbibed into the children. They have to be taught about how having differences of opinions is essential but disregarding and insulting those with contrasting opinions is not the correct thing. Finally, religious institutions like the church also have a role to play in the socialisation process because religion is something that will never leave a person’s periphery of growth and development.

Religious institutions are places where people go for attaining spiritual wellbeing and tranquillity. These institutions have the power to preach and practice the goodness of humanity, thereby eradicating the inhibitions that people have with respect to races. The entire slave system has its roots in the past as mentioned before, but the racist behaviour that is still manifested in the society is a result of our socialisation process.

These recent protests all across the world both online and offline is a true example of how we all need to unite and bring a paradigm change in the world we live in. It must be understood that the fight for racism is not confined merely in legislation rather an entire holistic change that must engulf all the aspects of racism. Our world leaders and citizens must come forward to envision a reality where there are no prejudices or stereotypes but rather a gratification of the undividedness, promotion of brotherhood and celebration of the diversity of human beings. The slave system is long gone, the racism must end now.

Tags: Racism in Americasslavery and racism