Experts from around the world discuss life after the pandemic 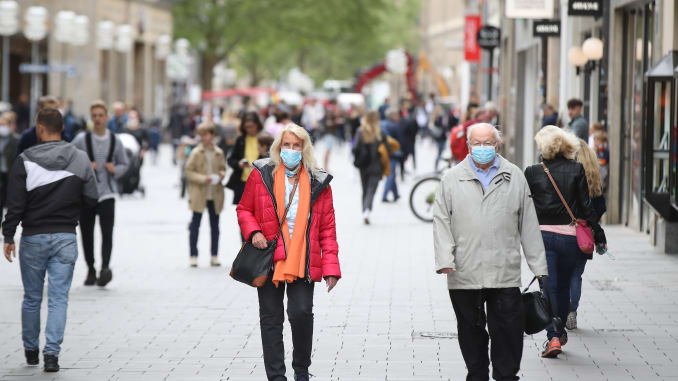 The continuing coronavirus pandemic has laid bare the economic and political problems of the United States and Europe, which are becoming increasingly hard to ignore. Dozens of experts from various countries attending the “COVID-19 Global Challenges” international summit, held by public organizations of India, Germany, Britain, Russia and Serbia on June 15-19, discussed the challenges that the world has faced during the epidemic, and the multiple economic and political weak points that it exposed.

Many believed that the old EU members, such as Germany, France and Britain enjoyed a margin of strength good enough to let them quickly contain the pandemic. However, only Germany managed to expeditiously and relatively painlessly cope with the problem, but is also showed that digitalization of education and providing help to small and medium-sized businesses was still not enough. Economist Mirjam Zwingli noted that Germany’s biggest companies, which traditionally enjoy huge tax benefits, also managed to cash in on the layoffs of their employees by getting enormous financial support from the state. However, the main topic of discussion was foreign policy.

The president of the German Federal Association for Economic Development and Foreign Trade, Michael Schumann, said that Germany should move away from transatlantic ties and care more about its own interests. According to Schumann, the demonization of China and Russia and the rupture of economic ties through sanctions will stand in the way of efforts to revitalize the recession-hit global economy any time soon. Mr Schumann then drew the attention of the audience to new security challenges associated with the pandemic, such as a spike in migration flows and the spread of local conflicts, which only a newly transformed national security system is able to cope with.

Meanwhile, there is a scandal now flaring up in Germany over Trump’s plans of a partial US military pullout from the country. Michael Schumann still noted that because of its overreliance on its overseas allies, the government of Chancellor Angela Merkel has not been paying enough attention to national defence. He also touched upon the issue of spy scandals, namely the humiliating eavesdropping on America’s closest allies, actively conducted by the White House. Back in June 2013, ex-CIA employee Edward Snowden revealed that the US National Security Agency had tapped the phone calls of leading German politicians, including Angela Merkel. The German government still tried to play it down, with Interior Minister Hans-Peter Friedrich saying that Washington’s actions “do not deserve such an assessment in German society.”

In July 2013, Angela Merkel had a very cautious exchange with President Barack Obama and appeared quite satisfied with his promises to share surveillance materials with America’s allies. Shortly after, a delegation of German federal ministers paid a visit to the US. Vice President Joe Biden also waded in, the very same Joe Biden, who later became enmeshed in corruption scandals in Ukraine. They let the whole situation slide and Biden, together with Friedrich, justified Washington’s actions once again. The promises made by the White House remained promises though. Germany established the post of a commissioner for cybersecurity and pledged to sign a no-spy agreement with the United States.

In October 2013, Merkel allegedly had another conversation with Obama demanding, now in no uncertain terms, information on US wiretapping of top German officials. Case closed. In January 2014, the US and Germany failed to reach a bilateral no-spy deal, and in June 2015, Germany’s Federal Prosecutor’s Office quietly closed the investigation into wiretapping as “unprovable under criminal procedure laws.”

Germany’s overseas ally is now packing up, while simultaneously advising Berlin to continue viewing Russia as its main potential adversary. Michael Schumann believes that Europe should learn from the ongoing riots in the US, which the White House has either failed or refused, to cope with for a whole two weeks now. What the head of Germany’s largest economic association wants, however, is restoration of economic ties. Michael Schumann believes that once the pandemic is over, they should immediately lift the sanctions, which bring no political dividends to either Berlin or Washington and only create unnecessary problems for business.

His opinion was fully shared by German journalist Stephan Ossenkopp, who spoke about the “demonization” of Russia and China and the need for direct and open dialogue between world powers if only to create a unified system of defending against pandemics and guard against at least the most negative consequences of the looming global economic crisis.

The “Covid-19 Global Challenges” international summit was one of the first attempts by European experts, to sum up at least the intermediate results of the pandemic, devise a common strategy of economic resurgence and check the spread of coronavirus infection. Sadly, politicians around the world, many of whom have shown indecision and unwillingness to act decisively, do not always listen to experts.

Meanwhile, the time has come for all countries to set aside their foreign policy differences and work together to protect the world we live in. Branding someone as an enemy, jacking up spying activity and engaging in sanctions wars will by no means help the quarantined population. China and Russia are ready to expand international cooperation, but whether Berlin, London and Washington will want to change their foreign policy priorities and move from a new Cold War to cooperation to save human lives and ensure the wellbeing of their citizens remains a question.