A Repeat of 2015 Will Be Fatal for India-Nepal Relations 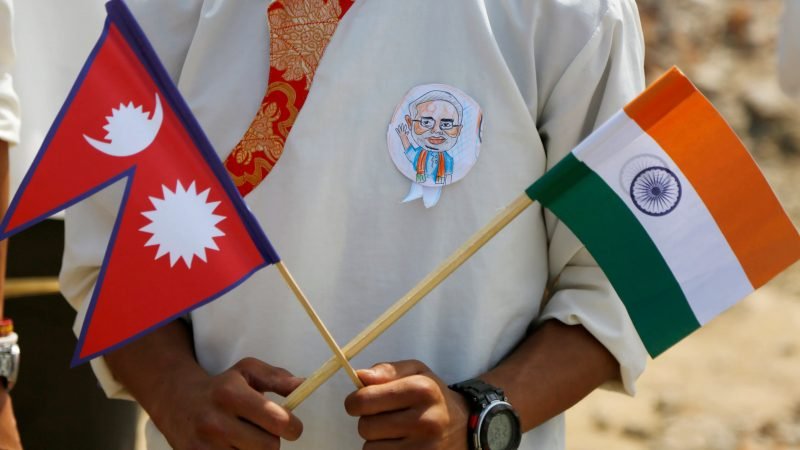 The ongoing tensions with Nepal will not have any immediate repercussions for the Indian national security and the Nepali nationals serving in the Gorkha regiments of the Indian Army, says Major General Ashok Kumar Mehta in an interview with The Kootneeti, but he cautions that if India-Nepal relations continue to deteriorate, then one may not be too certain of it.

Gen. Mehta said, “This is not a worrying phenomenon at the moment but if relations further deteriorate and India resorts to some unwise steps, one may not be so sure. India holds many levers with landlocked Nepal. If it attempts even a bit of what they did in 2015 [blockade], especially now in the middle of a pandemic, then it will be fatal for India-Nepal relations.”

Gen. Mehta, a Gorkha Regiment veteran, is a regular commentator on the Indian Army and India-Nepal relationship. Regarding the ongoing tensions and the fiery path Nepal’s Prime Minister KP Sharma Oli has taken, he said this is rooted in anti-India sentiment in Nepal, which is not new but has found a new life in post-2015 Nepali politics helmed by PM Oli.

He said, “The 2015 blockade is the real start of the recent anti-India sentiment. Such a sentiment coupled with nationalism was triggered by Oli to raise his political stock. It reached such a situation that, in the 2017 election, even some Nepali Congress leaders would get into anti-India rhetoric because it would fetch them votes.”

In the election, the newly-formed Nepal Communist Party, after the merger of Oli-led Unionist Marxist Leninist and Pushpa Kamal Dahal “Prachanda”-led Maoist Centre, came to power with a two-third majority in the lower house and a majority in the upper house. The party also won up to 70-80% seats in the local body elections and swept the first time-held provincial elections. Gen. Mehta said such an overwhelming mandate came on a nationalism plank that turned into ultra-nationalism that was built on anti-Indianism. .

He said, “This was started in King Mahendra’s time, but it was a very localised affair back then, restricted to the Kathmandu Valley. Whenever the monarchy would have any problem with India, they would use this sentiment. It was an on-and-off phenomenon.”

Around 40,000 Nepali nationals serve in the Indian Army and Gen. Mehta said they are largely insulated from Nepal’s domestic politics, but he also expressed caution.

He said, “The Nepali Gorkhas in the Indian Army are morally committed to the army they serve in and the regiment they belong to. Something very big and worse than the 2015 blockade has to happen to affect the Indian Army’s Nepali Gorkhas’ fighting ability and loyalty. But there is one thing that could be worrying.

“It’s not that the Gorkha troops have not been in direct contact with the Chinese at the Line of Actual Control before, but now after the 15 June clash, if Gorkha and Chinese troops are to get into a confrontation, Gorkhas will continue to act professionally despite China-Nepal closeness these days.

Gen. Mehta recalled that during the 2017 Doklam stand-off, the then Nepali Foreign Minister KB Mahara was asked by the press why Nepali soldiers were facing the Chinese when the rumours broke that it was the Gorkha troops facing the Chinese. The news was incorrect, Gen. Mehta said, as Gorkha personnel were in the second line of defence, and it were the Jammu and Kashmir Light Infantry personnel who were at the frontline. This may suggest some concern in Nepalis to the idea of Nepali nationals in the Indian Army engaging the Chinese.

Concerns have also been raised about a large number of Indian Army veterans in Nepal, a large number of whom are combat-hardened. It has been written that they were involved in training the erstwhile Maoist militia in the Nepali Civil War. What if this group is swayed by the ultra-nationalistic, anti-India sentiment and driven to engage in anti-India militant activities like training the Maoists? Gen. Mehta is not convinced with this line of argument.

He said, “There are about a hundred thousand Indian Army ex-servicemen in Nepal and they are the most pro-India constituency in the country after the Madhesis, who are treated as Indian agents. Now, very recently, there have been stray cases of nationalists targeting of Indian ex-servicemen too.

Sections of the media in India and Nepal have engaged in very jingoistic rhetoric in recent times in light of the ongoing tensions on Nepal’s new map. About the possibility of the soldiers coming in the influence of such rhetoric, Gen. Mehta reiterated that Gorkha soldiers do not generally get involved in the politics of either India or Nepal.

When asked how one may be sure about Gorkhas, who are foreign nationals, when India’s own Sikh Regiment personnel mutinied post-Operation Blue Star, killing their regimental commandant, Gen. Mehta said the two cases and two classes of soldiers are fundamentally different.

He said, “The Operation Blue Star basically affected the core of Sikhs’ religion, whereas nothing of this sort is the case with the Gorkhas. Moreover, the two classes of soldiers have different traits. Gorkhas have a very long tradition of fighting for foreign armies. They have been called “Lahure” as they would go to Lahore to get recruited in the Sikh army. Since then, they have been getting into the British Army, the Indian Army, and the Singapore Police .”

Gen. Mehta highlighted that the bond between the men and the officers in the Gorkha Regiment is different than other Indian regiments and it is something that is at times hard to explain to those who have not served there. In an article, Gen. Mehta, himself a Gorkha Regiment’s officer, wrote about it: “My commanding officer cautioned that I would earn my spurs only when I proved myself with my Gorkha soldiers. You had to learn the language of your troops within the first 90 days and visit their homes on leave as often as possible.”

He added, “So as long as you nurture their pride and the bonding between the men and the officers is good, I hold the view that their loyalty will not be questioned. The Government of India and the army officers would have to do something really silly and serious, worse than the 2015 blockade, for a mutiny-like situation like the one after Blue Star.”