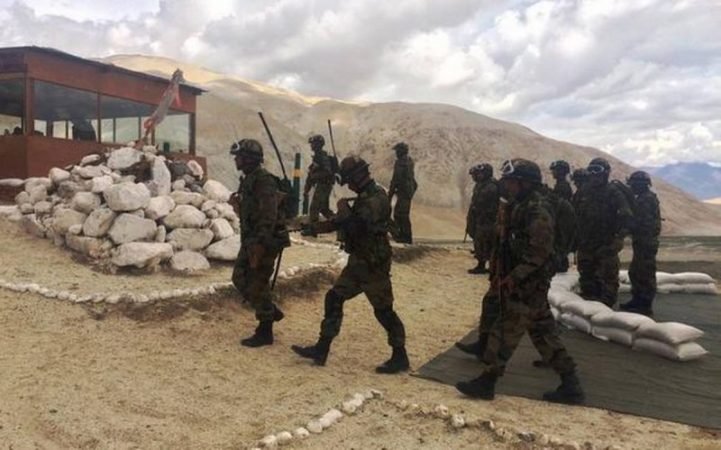 World powers are keeping a close eye on the ongoing India-China tensions, with both the United States and Russia keeping an eye on the situation at the a-line of Actual Control from the beginning and expressing a desire for an early resolution.

The Russians have been learnt to be playing a role in defusing the ongoing India-China tensions, particularly after the 15 June clash at Galwan Valley in which India lost 20 soldiers.

The Indian Express has reported that India and Russia have had an increased engagement lately that is rooted in Russia’s rapport with both the parties in the conflict.

Shubhojit Roy reports for The Express, “This flows from the understanding that Russia has leverage over Beijing because of recent proximity, while New Delhi has had a history of robust bilateral ties with Moscow. During the Doklam crisis in 2017, Russian diplomats in Beijing were among the few briefed by the Chinese government.”

Since the beginning of the crisis, the Russians have been regularly briefed by the Indians. On 2 June, the Indian Foreign Secretary Harsh Vardhan Shringla met the Russian Ambassador to India Nikolay Kudashev and “updated” him on the “recent developments” at the LAC.

This was then the only publicly known meeting between the Indian foreign secretary and any ambassador at the peak of the crisis.

On 17 June, just two after the Indian and Chinese troops clashed at Galwan Valley, the Indian Ambassador to Russia D Bala Venkatesh Varma and the Russian Deputy Foreign Minister Igor Morgulov had a phone call.

A brief Russian statement on the call read, “The officials discussed regional security, including developments on the Line of Actual Control on the border between India and China in the Himalayas.”

Russian diplomatic sources have said Russia has very high stakes in the early resolution of the India-China tensions and that it is very central to the idea of a multipolar world.

The Hindu quoted them as saying, “Good relations between India and China are central to the rise of Eurasia and the emergence of a multipolar world order, which is not dominated by a single pole.”

The sources pointed to The Hindu the “centrality” of the Shanghai Cooperation Organisation (SCO), which includes India, Pakistan, Russia, and China, as well as most of the Central Asian countries that they see as the anchor of a “post-West” world order.

“The persistence of tensions between India and China will not only have a huge negative impact on the SCO but also on the rise of the emerging economies under the Brazil-Russia-India-China-South Africa (BRICS) grouping,” the sources said.

But the Russians are certain their role is to be purely of a behind-the-scenes facilitator. The Hindu reported, “But the diplomat pointed out that Russia would only like to play a constructive behind-the-scenes role, as both India and China were fully capable of resolving their differences.”

The Russians are believed to have been engaged from the very beginning.

Quoting a former senior home ministry official RS Nani, who is well connected in the present establishment, Dhairya Maheshwari reported that the United States provided intelligence inputs to the Indians about the Chinese ramping up their border infrastructure in April 2020.

In May, Maheshwari reports, the Indians corroborated these inputs with the Russians.

“From what I have understood, Moscow categorically asked India to not worry about China and assured the bureaucrat concerned that Beijing won’t violate the status quo along the Line of Actual Control,” Maheshwari quoted Mani as saying.

Abhijnan Raj wrote for The Interpreter, published by the Lowy Institute: “The timing of Trump’s Wednesday tweet also makes it a possibility that it followed the intelligence briefing American presidents receive every morning. If that was indeed the case, it suggests that the US assesses the India-China flareup as part of a coordinated and opportunistic Chinese thrust to reassert its revisionist claims across the Indo-Pacific.”

Last year too when India bombed a terrorist camp at Pakistan’s Balakot following the Pulwama attack, and Pakistan subsequently carried an aerial raid into India but got bogged down into a dogfight in which an Indian pilot was captured by the Pakistanis, there was international intervention for de-escalation — most overtly by the United States and Saudi Arabia, but there were also likely behind the scenes efforts by China and the United Arab Emirates.