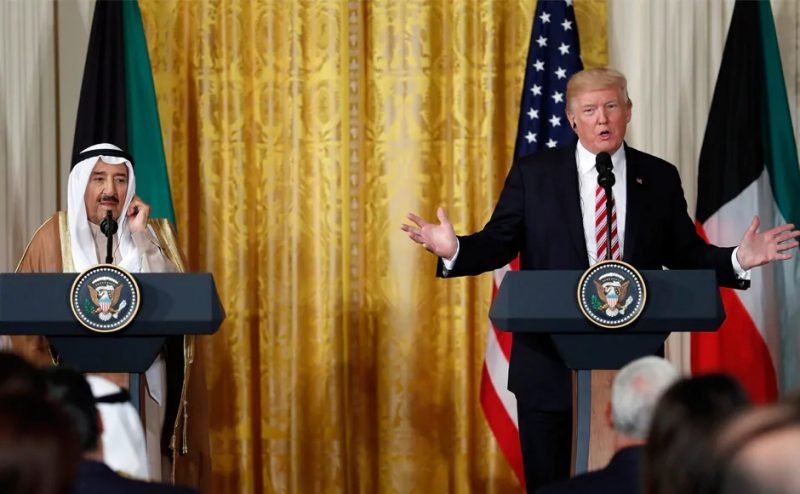 Sheikh Sabah Al-Sabah, Kuwait’s late Emir, amongst other accomplishments was most widely known for his vast contribution to diplomacy in the Middle East. Although the Emir of a rather small nation, neighboured by other regional giants such as Saudi Arabia, Iraq and Iran, Sheikh Sabah Al-Sabah was able to successfully manage relations with its neighbours, and maintain neutrality in a region marred with conflict. He was crucial to the formation and well-functioning of the GCC or the Gulf Cooperation Council, which for the longest time aided positive relations between countries of the Persian Gulf, until the 2017 Qatar Crisis. Sheikh Al-Sabah also played a key role in trying to negotiate this crisis, which started with a blockade imposed by Saudi Arabia, Bahrain and Egypt on fellow GCC member Qatar. What remains to be discussed after the passing of Sheikh Al-Sabah is how crises he was negotiating will be affected as well as how diplomacy in the Middle East in a more general sense will be impacted. Finally, considering he was a key founding force behind the GCC, and given the already tense relations between some GCC members, what effects will his passing have on the GCC and where the council is headed in the future.

Sheikh Sabah Al-Sabah became the Emir of Kuwait in 2006. Prior to this, he spent decades serving as Kuwait’s foreign minister. It was through this role that he increasingly began to influence and contribute to diplomacy in the Middle East and in particular conflicts in the region. Most importantly, it was through this role that he began building Kuwait’s positive diplomatic relations with its neighbours, while crucially maintaining its neutrality in a part of the world that is more often than not experiencing some form of tension, involving more than one state. This has been especially valuable for Kuwait given geographic location. Surrounded by regional giants Saudi Arabia, Iraq and Iran and Kuwait in comparison being a relatively smaller state, it was important to maintain its diplomatic relations even during periods when these neighbours were at odds with each other.

Furthermore, having already been invaded once by its neighbour Iraq in 1990, Kuwait was eager to protect itself from any such events in the future and thus wants to hold good diplomatic relations with as many nations in the region as possible. On the other hand, beyond seeking protection from further invasions by larger neighbours, Kuwait also wanted to protect itself from falling under the influence of its neighbour Saudi Arabia, an established regional hegemon. This was a key objective for Sheikh Al-Sabah, who instead of letting Kuwait fall under direct Saudi influence, tried to create its own neutral standing in the region despite its small geographical size. Middle East fellow at Rice University’s Baker Institute for Public Policy, Kristian Coates Ulrichsen agrees adding that “Sabah al-Ahmad showed that he was able to steer a middle ground and avoid getting sucked into regional conflicts by taking sides,”. This particular feat of Kuwait’s is notably evident in its ability to maintain relations not just with the GCC nations, but also with Iran, despite the hostility between the primarily Sunni GCC nations and Shia Iran. Shiekh Al-Sabah, like Oman, which also maintains relations with both Iran and the Sunni bloc, proved that he believed in diplomacy rather than belligerence toward Iran by being able to maintain relations with both blocs. Yet, his passing leaves to be questioned if his successors will be able to or choose to maintain this balance, joint together with other younger regional de facto leaders such as Mohammed bin Salman in Riyadh and Mohammed bin Zayed in Abu Dhabi who do not show the same inclination for diplomatic efforts.

Beyond being at the center of Kuwaiti foreign policy, more recently, Sheikh Al-Sabah was trying to resolve the Qatar crisis. The Qatar blockade began in 2017 when Saudi Arabia, Bahrain and Egypt all imposed a blockade on Qatar and cut off ties with the nation. Sheikh Sabah, being a visionary of the GCC and committed to cooperation between the Persian Gulf nations, spent a considerable amount of time trying to diplomatically resolve the crisis involving three(Bahrain, Saudi Arabia and Qatar) of the six GCC members. Despite Saudi Arabia denying this, many claim that he was crucial to impeding the crisis from involving any military action taken against Qatar and making sure that the crisis did not get any worse. Beyond this, Sheikh Al-Sabah consistently encouraged either side to agree to negotiations and resolve the crisis. Except, because the Qatar crisis outlasted him, many question where negotiations now stand and how this crisis will be resolved as well as if it has the potential to worsen without continued diplomatic efforts from Kuwait. Further, it does also bring up some important indicators for the GCC and the role Sheikh Al-Sabah played in maintaining peaceful relations within it.

A shaky GCC foundation and future?

The GCC was founded in 1981 with hopes of encouraging communication and fostering good lasting relations with the Persian Gulf states who became members, namely the United Arab Emirates, Saudi Arabia, Qatar, Oman, Kuwait and Bahrain. Most of these nations do maintain good relations, however with the imposition of the Qatar blockade, there was now tension amongst the GCC members themselves, completely opposed to its founding ideals. The crisis has put into perspective if the GCC really does have the potential to curb any real conflict between the Persian Gulf countries who are members, especially without the guidance of Sheikh Al-Sabah, who traditionally helped avoid such situations within the GCC. Some scholars claim that on its own, the GCC from its very inception lacked a foundation causing it to be devoid of any regional organisation and most importantly handle crises within its members. The GCC’s lack of institutionalisation and necessary legislation as well as bureaucracy prevents it from implementing policies on cooperation and decision making.

Significantly, the failure of the GCC to prevent the Qatar crisis and its prolonged nature indicates a fragmentation of the region as well as GCC members. Members also seeking and joining alternative alliances further diminishes its value and importance. Conventionally, the GCC served as an area for regional leaders to discuss political and economic issues as well as launch joint initiatives. However, since the Qatar crisis, there has been an increasing number of initiatives without common GCC consensus. Essentially there has been a significant increase in bilateral and new alliances forming as opposing to the GCC acting collectively or closely. There has been increasing cooperation between Saudi Arabia, Bahrain and the UAE, seen recently with both the UAE and Bahrain recognising Israel and the creation of a Joint Cooperation Committee (JCC) between Saudi Arabia and the UAE in 2017. If one now considers the GCC, there has been a shift of the council to create three sub- groups. Qatar on its own, the UAE, Saudi Arabia and Bahrain together and finally the third group of more neutral nations Oman and Kuwait. This increasingly points to diminishing multilateralism and regional cooperation in the Middle East, which is a worrying indicator given recurrent conflict and tension between states.

Thus, the loss of the former Emir of Kuwait Sheikh Al-Sabah, has far greater affects than those on the Kuwaiti people and domestic politics within Kuwait. Keeping in mind the key diplomatic player that he was, joint with his years of experience, the region may take quite a turn after his death. There is increasingly a change in leaders, such as in Oman earlier this year and now in Kuwait, who may perhaps choose to take an alternative route in terms of foreign policy in the region, creating new alliances and thus developments. One can already see this with the GCC potentially failing to hold its influence and significance over its members and a focus on bilateral and other alliances. Already with the signing of the Abraham Accords, Israel has been bought into the mix and as has been mentioned previously by the Trump administration, other states in the region are expected to be following the UAE and Bahrain in normalising nations. A new Emir in Kuwait also poses a question of whether this Emir will continue Sheikh Al-Sabah’s stance on Palestine or normalise relations with Israel. However, doing so will most certainly raise questions about whether Kuwait still maintains its regional neutrality and whether it would be possible to balance relations between Israel and Tehran.