How Cyprus made the Diplomatic world smile behind their masks 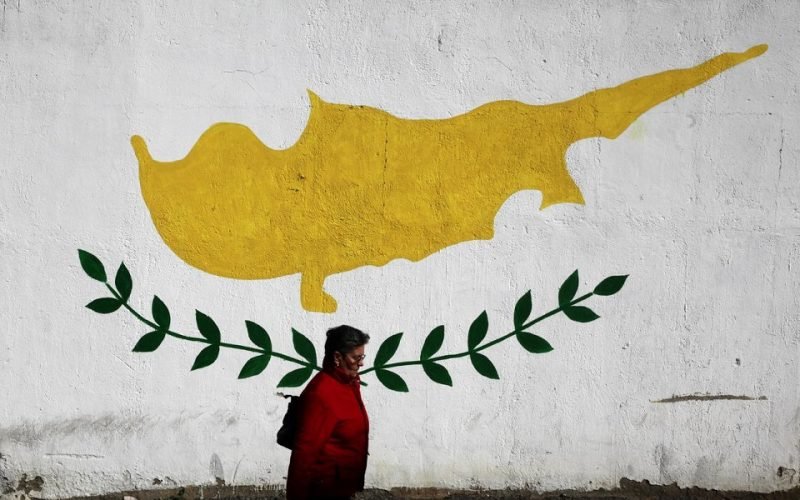 As the two-day summit of the EU got underway, Mr Nicos Anastasiades continued to defy sanctions on Belarus until and unless the EU member states paid attention to Turkey’s conflicting behaviour in the Mediterranean. Austria stood by the Cypriot president and criticized the fellow leaders for not supporting Nicosia. The EU candidate country as well as a NATO member, Turkey is a strategic partner of the EU, but it’s recent behaviour in the contested waters have drawn criticisms from the world leaders.

As Athens’ response has been full fledged with the French backing, Ankara’s sending of naval escorts and research ships to work have triggered the war games further. The long stalled talks might resume as both the Turkish and Greek counterparts have agreed to ease tensions, but Ankara still has assets in Cypriot waters.

“The European Union finally has to show President Erdogan where our red lines are,” said Austrian Chancellor Sebastian Kurz. “This means the termination of enlargement talks, and sanctions.”

The EU has always held the flag of democracy and counted winning the race with Russia as one of it’s priorities, since the disintegration of the USSR. The current situation in Belarus is where the EU is eager to indulge in, because rubbing off the strong Russian influence in Belarus is one of it’s priorities. That is where it has lacked to show enough solidarity to the member state of Cyprus in order to advance on Belarus with more confidence.

Turkey has been violating Cypriot maritime shelf and entering in search of hydrocarbons. While marking the 60th anniversary of Cypriot independence on thursday President Nicos Anastasiades said.

“What I expect from the European Council summit is a more concrete and effective stance, to end this gunboat diplomacy,” he said ahead of the EU gathering, where Cyprus wants the bloc to approve sanctions on Turkish drilling ships.

The EU leaders received a letter from where the bloc was requested to treat Ankara fairly and blamed Greece and Cyprus for raising tensions by fuelling the conflict in the contested waters of the Mediterranean. It was a letter from Mr. Tayyip Erdogan to all the EU leaders except the Greek and Cypriot counterparts.

“I would like to emphasise once again that we are ready for dialogue with Greece without any preconditions,” wrote Erdogan, urging Brussels to “remain impartial” to help resolve a “new test” in bilateral relations.

The leaders might have had discussions, but the draft statement of the summit had no agreed line on Turkey, which means no concrete common ground was reached in regards to the Turkish behaviour in the Mediterranean. As the EU leaders led by the Germans didn’t want to take a step and shake the current status quo until the talks between Ankara and Athens take place. Imposition of sanctions alsio might have changed the stance regarding the oil and natural gas drilling as well.

The EU is again under question as it’s power of unanimity in taking decisions have again took a blow as it’s democratic way of viewing events and eagerness of influencing with “soft power” have failed to exert power. It’s strained relationships with rogue nations allow the respective authoritarian heads to isolate themselves and fuel their objectives.

Weakened in foreign policy by Britain’s exit last January, the EU is being pulled in different directions by France’s tough stance on Turkey and Germany’s push for dialogue. The three heads of EU went in three different directions and the EU foreign policy began to falter more since then. After the exit of Britain last January, France’s tough stance on Turkey and Germany’s insistence for dialogue have led the bloc to nowhere. Currently the group of individuals believe that a promise to Cyprus of tough sanctions on Turkey in future might fetch the bloc an appropriate solution.

“The idea is to threaten Turkey with retaliatory measures if it continues with drilling and other provocations in Cypriot and Greek waters,” a senior EU diplomat said. “This is meant to offer guarantees to Cyprus and convince Nicosia to lift its veto on Belarus sanctions.”

“All options remain on the table”

-European Council President Charles Michel warned in his invitation to the summit.

Ankara might invite tough sanctions in the coming days, but the officials are still stressing on finding a more diplomatic solution rather than engaging into power play.

“We’ve seen positive developments on Ankara’s behalf towards Greece but not Cyprus,” an EU official said, citing the start of a German-led mediation effort.

German Chancellor Angela Merkel stressed on remaining “committed to finding a peaceful solution to the tensions,” whereas the French President Emmanuel Macron made it clear to EU that solidarity with Cyprus was “non-negotiable.” Although Mr. Macron mentioned that the involvement of OSCE in Belarus might be fruitful, but neither of the EU’s two most powerful leaders Mr. Macron and Mrs. Merkel explained their ideation.

In this era of democracy and advanced technology, it is evident how inclusive the globe has become. Cyprus being a small island country made all the world leaders smile behind their masks or squeeze their eyebrows. Cypriot President’s defiance has also brought a divide between the leaders of the largest trading bloc on this planet. The Turkish President Tayyip Erdogan has called the summit’s solution “unacceptable”.