UN Chief calls for a ‘New Contract for Nature’ 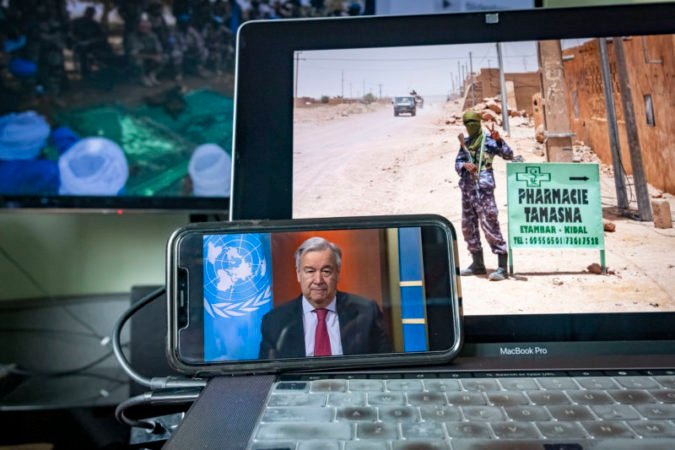 The UN chief Antonio Guterres has called for a “new contract for nature” to address the ongoing global challenges connected to land degradation, such as forced migration, hunger and climate change while addressing on the World Day to Combat Desertification and Drought. Through international action and solidarity, we can scale-up land restoration and nature-based solutions for climate action and the benefit of future generations. By doing so, we can deliver on the Sustainable Development Goals and leave no one behind”, he said.

Land Resources are the most crucial ones on this planet and the increasing number of natural and man-made disasters are making it more vulnerable as these disasters are becoming as frequent and severe. What is more alarming is the fact that we are left with a smaller number of productive lands and this decreasing tendency has increased the pressure on these lands so as to meet the growing demands of the population. In other words, the level of competition has increased and preserving these productive lands for a sustainable future is the only way left out. Drylands are covering more than one-third of this planet caused either by climatic changes or human interventions but they have made lands extremely vulnerable to over-exploitation. Whenever any land is degraded, then the inhabitants of those lands are the worst affected and face migration out of poverty and hunger making them extremely vulnerable to the situation.

As we are moving ahead in the future, we all must be realizing that the entire ecosystem needs to be replenished otherwise the whole human race is going to suffer in the future and this demands urgent attention towards Sustainable Development Goals.

Land Restoration directs us to sustainable production and consumption. And this year witnesses the slogan “Food, Feed Fiber.” “In our globalized world, the food we eat, the feed for our livestock and the fibre for clothes, impact land thousands of miles away,” said Ibrahim Thiaw, Executive Secretary at the UN Convention to Combat Desertification.

“Each of us holds the power to protect the land for each choice we make in our daily lives. And we can still choose to protect nature. By doing so, we, in fact, protect our future.”

The choices we make or will be making in the near future is going to affect our environment too and thereby we need to prevent wastage and should focus on how we can take our daily decisions keeping sustainability in our minds. Investing in land restoration would lead to improving livelihoods, reducing vulnerabilities caused due to climate variations and will boost the economy. Land degradation, climate change and biodiversity loss are intimately connected and are increasingly affecting human well-being. Tackling these issues together is key to achieving many of the Sustainable Development Goals.

The UN Chief also pointed towards an initiative known as “The Great Green Wall” in Africa’s Sahel Region launched by the African Union in 2007. Through this initiative, trees are being planted from Senegal to Djibouti, to restore land and boost food security, transforming lives and livelihoods along the way. “Such efforts bring back biodiversity, reduce the effects of climate change and make communities more resilient,” the UN chief said. “All told, the benefits outweigh the costs ten-fold.” “As land degrades, resources deplete. Thus, the most vulnerable people are further exposed to poverty and hunger; with women, smallholder farmers, indigenous communities and children being disproportionately affected”, he added.

What is needed is an urgent paradigm shift towards protection, sustainability and restoration as 75% of the land is degraded globally. And that can be only done when we discontinue the vicious cycle of degrade-abandon -migrate. We need to support and promote sustainable land management, farm practices, food systems among the communities in the face of climate change and loss of biodiversity.