Persian Gulf Crisis: A review of the escalating tensions in the last year 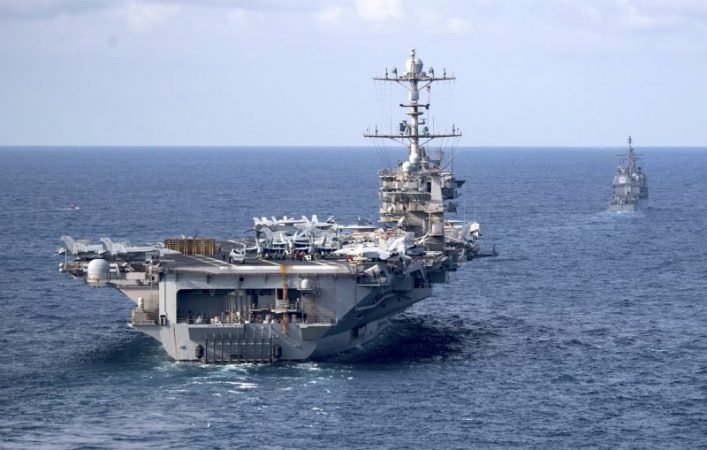 The relationship between the United States and Iran has been rife with tensions for the past few decades since the Islamic Revolution and when the American embassy was taken over forcibly in Tehran in 1979. A recent flashpoint between the two that has put the world at its edge is the region of Persian Gulf.

In May 2019, the United States deployed an increased number of military assets and rebuilt its presence in the Persian Gulf region after receiving intelligence reports which outlined an alleged campaign by Iran and its allies were underway which threatened American interests in the Middle East. American officials pinpointed possible threats that Iran poised to commercial shipping such as oil shipping in Strait of Hormuz, and potential attacks by militias with Iranian ties on American troops in Iraq to help garner support for their decision.

The American National Security Advisor at the time, John Bolton, had said then, “In response to a number of troubling and escalatory indications and warnings, the United States is deploying the USS Abraham Lincoln Carrier Strike Group and a bomber task force to the U.S. Central Command region to send a clear and unmistakable message to the Iranian regime that any attack on United States interests or on those of our allies will be met with unrelenting force.”

In response, Keyvan Khosravi, spokesman for Iran’s supreme national security council, called Bolton’s statement “a clumsy use of an out-of-date event for psychological warfare,” according to Iran’s Tasnim news agency. Following United States’ actions, Iran said it would end compliance with its obligations under the 2015 nuclear deal between Iran and six world powers. The deal intended to curb Tehran’s nuclear ambitions in exchange for relief from economic sanctions.

The tensions kept escalating such as when four commercial ships were damaged near the port of Fujairah in the Gulf of Oman where the UAE claimed the incident was a “sabotage attack”, while an American assessment allegedly blamed Iran and its allies for the attack. However, both the nations were heard repeatedly stating that they were not seeking war. Although President Trump did use these events as a reason to sell large shipments of weapons to Saudi Arabia, UAE and Jordan.

There was a drastic uptick in tensions in June 2019 when the Islamic Revolutionary Guard Corps (IRGC) shot down an American surveillance drone, citing that drone had violated Iranian airspace. IRGC commander had referred to the event as a “clear message” to the U.S. while also stating that, though they were not seeking war, Iran was “completely ready” for it. United Stated denied that their drone ever violated the Iranian airspace. Consequently, Trump ordered a retaliatory military strike on Iran but the order was withdrawn a few minutes before the operation began.

The Trump administration instead announced new sanctions against the Iranian government and IRGC leadership. Iran stated that this signified the end of their diplomatic ties and that they refused to negotiate with Washington until the sanctions were lifted.

In July 2019, Iranian IRGC seized an Iraqi tanker for allegedly smuggling oil to other Arab countries which led to a new bout of tensions. International Maritime Security Construct, led by the United States, was a program introduced to protect oil tankers in the gulf and surrounding seas. The Iranian president criticized it and asked the western powers to leave the security of the Persian Gulf to them.

In December 2019, Iranian activities heightened and a four-day naval exercise in the Indian Ocean and the Gulf of Oman was conducted by Iran, Russia, and China. It was to counteract the American- Saudi regional manoeuvres and was meant to illustrate that Iran was not isolated despite U.S. sanctions.

A significant event in the escalation of tensions took place in January this year when President Trump ordered the targeted assassination of Iranian Major General Qasem Soleimani in Baghdad. Others such as Iraqi paramilitary leader Abu Mahdi al-Muhandis were also killed in the attack. This has led to a series of events in 2020 since then.

Iran announced that it will not abide with the limitations imposed by the 2015 nuclear deal; they stated that they would only return to the deal if the sanctions are lifted. In response, President Trump announced new sanctions on Iran but also urged rapprochement with Iran and demanded a new Iran nuclear deal to be arranged. The United States announced its willingness to negotiate with Iran to prevent further escalation, however, Iran rejected.

On the occasion of the anniversary of birthday in March, missiles were exchanged in great number and there were multiple attacks in a span of a week. The following month, the Chief of Staff of the Iranian Armed forces Mohammad Bagheri said, “Iran will respond severely if the United States does anything to undermine the security of Iran”.

Last month, IRGC unveiled a large number of new and upgraded defensive speedboats. IRGC Navy Commander Admiral Alireza Tangsiri used this opportunity to declare, “Today we announce that wherever the Americans are, we’re right there beside you, and in the near future you will sense us even more.

General Hossein Salami, commander of the IRGC, said in a speech broadcast on state TV, “The Islamic Republic Iran will not back down nor will we bow before any enemy.”  He added, “Defense is our logic in war, but that defence does not mean passivity. Our operations and tactics are offensive and we’ve shown this in the field.”

Tensions between the two countries in the Persian Gulf has been a cause for major concern to everyone in the international arena. Many fear the possibility of a hot war as the conflict between the United States and Iran has increasingly progressed. Presently, there seems to be no solution or chance of de-escalation as neither country backs down and maintains its aggressive stance.