Worsening a Pandemic: The Politics of Censorship 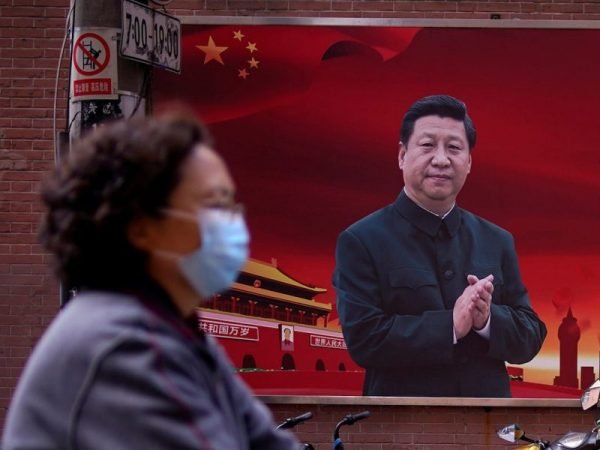 The current pandemic gives rise to a wave of censorship in various nations. It was legitimised for countering the rapid spread of false and misleading information – labelled as a  massive ‘infodemic’ by the World Health Organization (WHO) which threatens the efforts to counter the outbreak. However, the systematic cover-ups, misinformation and media’s subjugation has exposed the core political struggles these nations face, while going beyond the actual purpose for which it is brought. The post will cover three nations which have remained at the forefront of the pandemic due to their contrasting ways of dealing with it, and more importantly, their unique scheme of censorship and information handling.

China: The usual case of lie and hide

The Chinese government model of censorship was the usual one where it was trying to put social stability and ruling party legitimacy over the broader public interest. However, this usual model has put the world into an unprecedented situation. Todays’ Covid-19 pandemic is a result of an intense censorship regime by the authorities in China. If China had not engaged in the censorship while claiming every information to be false, threatening the doctors & whistleblowers, and silencing the journalists & social media users, it might be possible that its citizens and the world would have been more prepared and taken better precautions that could have limited the spread. A study by Southampton University found that if the three-week window had been used to respond to the virus, the prevalence would have been 95 per cent lower. However, China cannot be blamed (any differently) this time too.

Even though the lack of transparency and censorship has made China accountable at a global front, it was doing what an authoritarian government usually do, i.e. lie and hide to rewrite their portions of history. Nevertheless, the Chinese authoritarian regime model now appears to be poorly-equipped to deal with the unforeseen effects of such a catastrophe. More pertinently, what the Coronavirus revealed in China’s case is that Xi’s control of the political system is much precarious than expected, something already suspected given his recent unprecedented power consolidation.

USA: The struggle for American Supremacy

In 1920, when the U.S. was hit by the Spanish flu, the newspapers were not-so-enthusiast to show the impact of the horrible pandemic. The state-run censorship made the situation worse, and the majority of pandemic news was slide to the later pages, while the initial pages were obsessively filled with the news of War. President Woodrow Wilson made no public references to the disease. Moreover, states received no assistance from Washington, not even from the Food and Drug Administration.

The U.S. kept the outbreak secret because it did not want to show their weakness to the enemy. The national public health leaders were referring it to be “ordinary influenza” but with a fancy name. Almost 100 years later with lessons unlearned, the misinformation and prevarication prevailed over the seriousness of the pandemic, and it was all for the struggle to maintain American supremacy at the global front. President Trump, in his initial response, referred to the virus as ‘a seasonal flu’. Since the initial days of the Trump administration, there has been a miasma of misinformation. The shrewd lies, profoundly layered and unremittingly repeated, worsened the situation in the U.S., putting it at the top of the Covid-19 deaths chart. The lies and misinformation were around multiple factors which have been covered by the Atlantic in detail; it includes – Nature of the Outbreak; Blaming the Obama Administration; Testing; Travel Bans and Travelers; Seriousness of the Pandemic; Treatments and Vaccines; The Defense Production Act; States’ Resources; China; Democrats; Protests – the list is unending.

The president has very publicly resisted investing in the necessary resources because testing would reveal more infections; to quote, “by doing all of this testing, we make ourselves look bad”. The conservative broadcasters were decrying the restrictions, small bands of armed protesters were descending on state capitols, and the president was keen to lift the constraints. As a result, pandemic worsened, and the death toll mounted to 176,167 deaths as on June 06th, 2020.

India’s censorship model in the Covid-19 times tried to imitate Chinese authoritarian model ‘only good news’, but with a democratic touch. Prime minister personally urged the contemporary print media outlets to circulate positive stories about the pandemic while being a link between government and people. Similarly, the government appealed the Supreme Court to “direct” the media to first ascertain the facts, before publishing, about the epidemic from the mechanism provided by the government.

While the court dismissed the petition, it asked the media houses to “refer to and publish only the official version” related to the pandemic. As per the government of India, the above directives were given to stop the spread of misinformation and fake news about the pandemic. However, actual intention seemed to get blurred when the editor of an anti-establishment newspaper, The Wire, was punished for his remarks, but a similar set of remarks by the pro-government right-wing groups, who were trying to insight communal violence, was not.

The famous speeches by the Prime Minister Mr Narendra Modi mentioned nothing about the number of ventilators, number of PPE, number of people detecting positive for Coronavirus, number of isolation centres, etc. Indian government received its first case on January 30th, 2020. Since then, no steps have been taken up by the government in order to increase the supply of PPE kits or to make people aware of the disease. Even after alarm raised by WHO on February 27th, 2020, it was only on March 19th, 2020, the Indian government issued an order prohibiting the export of PPE’s.

In another incident, the New Indian Express was also asked to put down an article where criticisms to the government’s strategy to tackle Coronavirus were posted. None of the people from the medical community were allowed in the press briefings or to respond to any questions posed by the Indian news media channels. The key ICMR panel, constituted to develop a vaccine for the disease, was also dissolved, as some panel members came out in public and tried to highlight upon the planning fallacies of the government. These incidents serve as a reminder that India ranked at 140 out of 180 countries on the World Press Freedom Index 2020.

The Spanish flu pandemic serves as a reminder of the importance of honest news coverage amid a devastating crisis, but have nations learned from it is still a question to be fathomed. An out-of-control virus ranges beyond feel-good fictions. In short, if it is happening to someone near and dear, it is not ‘fake news’.