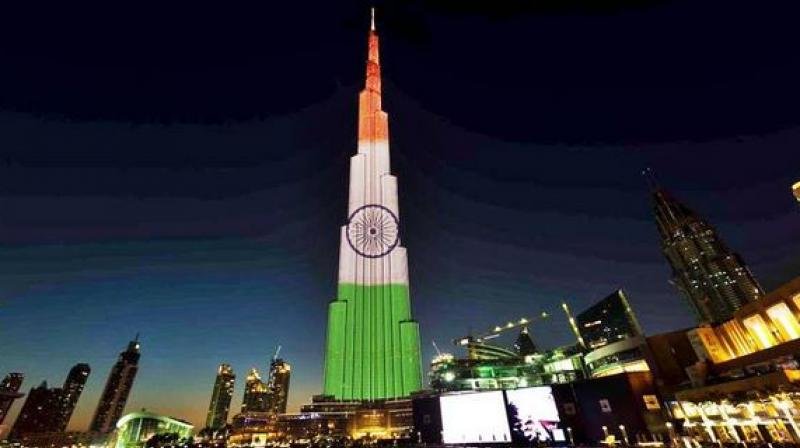 The Global Economic setup and International trade were not always the same as we see it today. The United States, along with other European nations have been dominant forces in global trade over the past century. But, the scenario of the World Economy was very different before, the growth of European Colonialism and its spread across the world. Regions like India and the Middle East were economic powerhouses in the ancient and medieval era and a huge volume of trade passed through these regions. Some studies have also concluded that the oldest maritime trade route traversed through the Indian Ocean and connected the Middle East to South-East Asia. Furthermore, the Silk Road is also one of the oldest known terrestrial trade routes, spanning across Asia. With India having a variety of resources ranging from spices to tea to textiles paired with India’s strategic location at the crossroads of both these trade routes, it is not difficult to understand why India was a major trading power in those days.

The Indian Ocean Maritime route and the Spice trade flourishing via the Silk Road helped in knitting close relations between India and the Middle East. Indian ports like Kozhikode were essential for the trade. To be specific, India primarily exported spices and cotton textile. This trade and economic setup continued for centuries. With Qutub al-din Aibak, establishing the Delhi Sultanate in 1206, there was a significant increase in trade relations with the Middle East, given the Turkish origins of the dynasty. With five dynasties ruling under the Delhi Sultanate, and eventually the Mughals taking the reign, economic ties with the Middle East increased manifold. The Mughals started importing horses, velvet, gunpowder, dry fruits, et cetera from the Middle East. The Mughals not just utilized the maritime routes but also carried out huge volumes of trade through the overland caravan routes passing through present-day Kutch region, Pakistan, Afghanistan, Iran and then continuing into the Arab region. The emergence of European traders also helped to increase trade, not just between India and the Arab Peninsula but Asia as a whole. But, as European Imperialism grew and colonial powers like the British, Dutch and Portuguese tried to gain control of the markets, these traditional economic strongholds like the Middle East and India suffered.

From dominating world trade and producing world-class products, these regions were reduced to mere suppliers of raw materials to feed the British Industries. To put these into perspective, in the 17th century, India met almost 25% of the world’s textile demand, which was reduced to almost 1% by the end of British rule. Although economic ties and trade between India and the Middle East were hindered during the British period, post Independence, India has made significant strides to increase its economic involvement in the Middle East. With Middle East’s flourishing as the primary Oil Supplier of the World along with India’s Look West Policy in recent times is expected to have a positive impact on India’s Economic Activity in the Middle East as well as increase co-operation between the two regions.

Post- Independence, India’s the then Prime Minister Jawaharlal Nehru, along with other leaders. Including Gamal Abdel Nasser of Egypt, form the Non-Aligned Movement to counter the bipolarity which had developed in the aftermath of the Second World War. Although, this increased India’s political relations with the world economy, given India’s socialist economic approach, foreign trade and investment were limited.

However, by the late 1960s, India took significant initiatives to increase its influence in the Middle East to counter the region’s sympathetic approach towards Pakistan. By the 1970s, India had developed cordial bilateral ties with Arab nations like Iran, Iraq, Saudi Arabia and other Gulf states. Furthermore, India’s anti- Israel stance during the Arab-Israeli War paired with India supporting the price-setting mechanism of the Organization of Petroleum Exporting Countries (OPEC) also helped India gain a certain level of geopolitical advantage in the region. Around, this time India also started importing crude oil and other petroleum products from the Middle East.

India imported 11665 (Thousand tones) of crude oil in 1970. To compare this with the figures of 2019, India’s Oil Imports have increased exponentially over the years, mainly driven by the rapid rise in population leading to excess consumption. This, increasing demand for fuel has forced India to increase its dependence, on the Middle East, given that the Middle East was the Petroleum storehouse of the world.  As of 2019, India’s 60% of Oil Imports are from the Middle East, with Iraq (approx. $23 Billion*), Saudi Arabia (Approx. $21 Billion*) and Iran (Approx.  $13 Billion*) being the three largest importers. Moreover, Indian entities like ONGC have also taken up stakes in the Middle East; in an offshore oil concession in Abu Dhabi worth $ 600 Million to be specific. Still, in recent times, events like drone attacks on Saudi Arabian Abqaiq oil refinery and Khurais Oil field, ongoing US- Iran Conflict and other externalities have made the Middle  Eastern Economy vulnerable to volatility. US sanctions on Iran have pressurized India to reduce its imports from Iran to a large extent. But the Indian Government has failed to take a strong stand on this issue.

“That’s it. After that, we haven’t imported any,”

-Harsh Vardhan Shringla in May, ’19 on not importing
oil from Iran after the US stepped up exemptions

–MoS for External Affairs, V. Muraleedharan in July 2019,
on being asked if India has discontinued trade with Iran

–V. Muraleedharan on being asked if
India’s policy is influenced by the US

Nonetheless, with India’s growing political influence over the World Community and its rapidly developing market, will enable India to continue its economic activity in the Middle East. For Instance, India has been importing oil from both Iraq as well as Iraqi Kurdistan, and instability in the Middle East has not had any significant impact on India’s trade with the Middle East.  In spite of the fact that in recent years there has been a trend of moving towards renewable and environmental friendly forms of energy, but that is a distant dream, and it can be expected that Oil and Natural Gas trade will play a crucial role in driving India’s economic relations with the Middle East, at least for the coming decade.

At this point, it is imperative to understand that India’s economic ties with the Middle East Extend far beyond the Oil and Natural Gas industry. India had already started investing in the Middle East under Indira Gandhi. One of the important outcomes of Mrs Indira Gandhi’s visit to Saudi Arabia in 1982 was to divert petrodollars in US banks, to set up joint ventures in the Middle East. And in the current scenario, with a much more liberalized and globalised world, private investment has also increased by manifold. India and the Middle East have also increased collaboration in avenues like arms trade, tourism, et cetera. One such country in the Middle East is Israel, which is India’s 2nd largest source of defence equipment. With Modi coming to power, India- Israel relations are better than ever.

India, under the current Government, has adopted a ‘Look West Policy’ to increase Co-operation with the Gulf and other Middle Eastern Nations. India does not just want to increase economic activity in the Middle East but also have a stronger geopolitical influence in the region, which will enable it to counter Pakistani influence in the Sub-Continent but also emerge as a stronger player in world politics and economy. On the other side of the balance, India’s approximately Three trillion dollar USD GDP, one of the leading markets and its global strategic importance has also encouraged the Arab states to increase ties with the nation.

If the eastern front is building upon longstanding policy, the western one is relatively more recent conceptually…”

“I can confidently predict that ‘Act East’ would be matched with ‘Think West’.”

–EAM Jaishankar at the Raisina Dialogue

Understanding the economics trade of the region, it can be predicted that the Chabahar port in Iran and the Sage pipeline system will be important determinants of India’s economic relations in the Middle East. We cannot deny the fact that India’s economic involvement in the Middle East is bound to be characterized by turbulence and volatility but, observing trends over the past decades as well as considering the suitable policy measure taken by both sides, we can be optimistic that both India and the Middle East will be essential and influential stakeholders in the world economy.