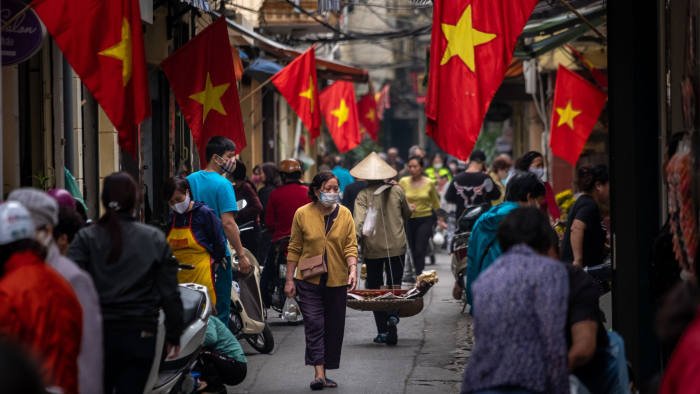 As the COVID-19 cases surge across the world, there are many models which have emerged to contain the virus successfully. Vietnam’s success story is one which has earned praise across the world.  As of now, Vietnam has reported only 332 cases and not a single death, despite sharing 1400 km long border with China, where the first COVID-19 case originated. How a country with an extremely dense population and weak health system has managed to contain COVID-19 successfully while countries like Italy, Germany and the UK with far better health infrastructure failed to contain the spread of coronavirus.

Vietnam model is a successful low-cost model. Whereas countries like Singapore, Taiwan and South Korea could afford mass testing, Vietnam with its limited resources can’t afford and instead opted for proactive measures. On January 23 Vietnam recorded its first COVID-19 case in Ho Chi Minh City, two days before the Lunar New Year but Vietnam was already prepared for the outbreak. Taking proactive measures the Health Ministry of Vietnam issued quick guidelines on outbreak prevention to concerned government agencies on January 16 and to all hospital and clinic on January 21. Prime Minister of Vietnam Nguyen Xuan Phuc declared a national epidemic on February 1, when Vietnam registered only six confirmed cases. During a meeting of ruling communist party Vietnamese Prime Minister said “Fighting this epidemic, means fighting the enemy”.  As most of the cases were coming from Northern Province Vinh Phuc of Vietnam the govt had decided to identify the hotspot and isolate the region in an early stage. That strategy helped Vietnam to stop the spread of COVID-19 in other parts of the country. Another example of government proactive measure is closing the schools. When Vietnam recorded its first COVID-19 cases the school were already closed till February 1 due to the Lunar New Year holidays. Nevertheless, the government had decided to extend the holiday season on a case by case and region basis. On 14 February Ministry of Health proposed nationwide closure of schools until the end of February.

Past experience with SARS which hit South East Asia, Hong Kong and China in 2003, made Vietnam learn that it has to take proactive measures and it is not possible without people’s participation. Vietnam’s Prime Minister Xuan asked people to consider virus as an enemy and whole nation must unite to fight COVID-19 as a battle. A population which has witnessed the SARS 2003 horror was well aware of the danger of a virus and this was one of the reasons that helped the government to convey their message to masses easily. From early on citizens of Vietnam understood that the virus is really dangerous and it can spread and infect rapidly. Many experts believe that the combination of authoritarian leadership and open market economy also helped people to cooperate with the government. The social unity of Vietnam can also be described as a success story as Prime Minister Nguyen Xuan Phuc described Vietnam’s commitment to contain the virus as the “spring general offensive of 2020”, a deliberate reference to the 1968 Tet Offensive by ‘Viet Cong’ guerrillas during the Vietnam war.

By providing information with transparency the government has positioned itself as an effective source of leadership during the epidemic. The government not only launched a website and mobile application that ease the medical process but provides accurate information instantly. With transparency and effective communication with the public, the government was able to boost public confidence and gained trust among its citizens. A survey conducted by Dalia Research, among 45 countries asking public of government response to the COVID-19 says that about 62% of Vietnamese participants think the government is able to handle the crisis effectively and doing ‘right’, compared to a global average of around 40%.

Within a month Vietnam developed affordable, fast and effective test kit. Vietnam also focused on isolating the infected patient and tracking down their primary and secondary contacts in order to trace and test those more likely to be infected rather than mass testing that other wealthier countries like South Korea and Singapore’s response was. Till now, Vietnam has nearly tested 300,000 people. That looks a small number compared to the million tested in European countries, but it’s a major number looking at how many people were tested per confirmed cases.

First world countries like USA, Italy, UK, having a giant health infrastructure failed to contain Covid-19. However, Vietnam’s success model shows the world that a small nation of third world country with a dense population and less equipped health infrastructure can also successfully win over a pandemic through their strong desire and determination. The early action plan, transparency, effective use of technology, and cooperation between government and citizens are the mantras of Vietnam’s success story to contain Covid-19 effectively. The Vietnamese success model is not only helping the world to fight this current pandemic but in the future also it can help to fight any similar kind of situation.

Karan Kumar is a Doctoral Fellow in Russian and Central Asian Studies, School of International Studies, Jawaharlal Nehru University also holding M.Phil degree from the same school at JNU and was Erasmus Exchange Student at Kaunas University of Technology, Lithuania