Implications of the United States’ withdrawal from the WHO Funding 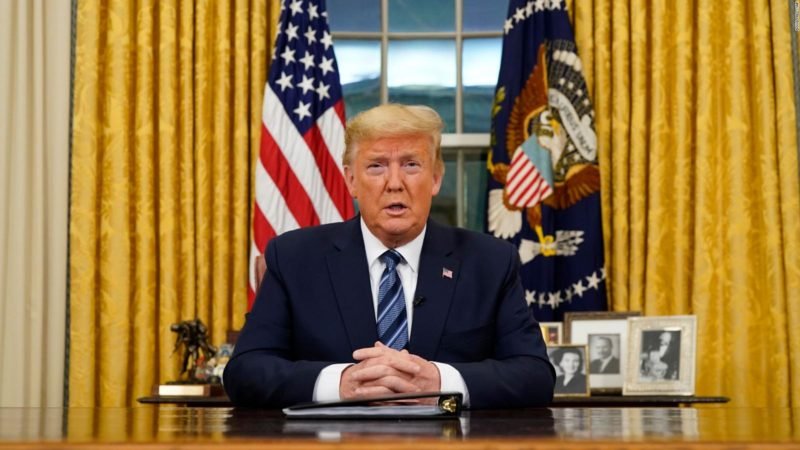 The UN is the world’s leading organization for contemplating peace and security issues, but its work encompasses far more than peacekeeping and conflict prevention. The UN program comprises numerous organizations committed to several areas including health and humanitarian needs, as well as economic and cultural development. The United States, as a founding member of the United Nations and the host for its headquarters, has been the organization’s chief guide and major funder for more than seventy years. To understand the current situation around its funding, it is important to understand the context in which WHO functions. As the COVID-19 pandemic toll rose across much of the world, US President Donald Trump became more strident in his criticism of the World Health Organization’s (WHO) role. WHO, an agency created by the United Nations in 1948, has its headquarters in Geneva and was founded to coordinate and direct the global health effort of the UN. It has no jurisdiction over its 194 member countries and is dependent on member contributions to carry out its work, as is typical of UN agencies. Even, as is often the case with UN agencies, W.H.O is not immune to political agendas and an indifference frequently followed by broad bureaucracy. Yet critics and several public health academics have said in this instance that the organization’s attack on Mr Trump is misplaced.

World Health Organization (WHO) is a Geneva-based organization, which has about 7,000 workers spread over 150 offices worldwide, was founded after World War II as part of the United Nations and has no direct authority over member nations. It is intended also to be an international public health pioneer by alerting the world to risks, battling diseases, designing policies and enhancing access to treatment. But while the W.H.O. is broadly influential, it lacks meaningful enforcement authority and is under budgetary and political pressure, particularly from powerful nations such as the U.S. and China, and private funders such as the Gates Foundations. Financing comes from private foundations and participating countries. The United States is the largest contributor to its budget, accounting for 14.67 per cent. Most of the U.S. money goes to programs such as polio eradication, the development of vaccines and increased access to essential health and nutrition services. Just 2.97 per cent of the U.S. contribution goes to emergency operations and 2.33 per cent is allocated to preventing and controlling outbreaks. Recognizing the dire need for rapidly deployable funding following the outbreak of Ebola in West Africa in 2014-2015, the WHO has created the Emergency Contingency Fund (CFE). The CFE is completely reliant on voluntary donations, but cannot be marked for specific activities. After CFE funds were heavily used for the 2018-2020 Ebola outbreaks in the Democratic Republic of Congo, the CFE has released about $9 million to support COVID-19 preparedness and response in poorer countries with fragile and underfunded health systems just a drop in the bucket of what it will take to support those countries once they reach the peak of their Covid-19 epidemic.

United States contribution to the WHO

The United States is the largest contributor to the WHO. Support for the association is of two types; appraisals or membership fees and voluntary donations. The total funds for the 2020-2021 biennium included assessments of $957 million and voluntary contributions of $4.9 billion. Over the last decade, the contributions assessed by the U.S. were in the range of $107-$119 million while voluntary contributions were in the range of $102-$402 million, according to the Kaiser Family Foundation, a health-focused non-profit organization. According to a National Public Radio (NPR) survey, the U.S. contributed about 20 per cent of WHO’s budget for the 2018 and 2019 biennium. That money went from voluntary donations as appraisal fees ($237 million) or commitments to programs (over $656 million). According to the NPR, the major portion of U.S. programmatic funding went to polio eradication ($158 million), increased access to essential health and human services ($100 million), and vaccine-preventable disease ($44 million).

Criticism of the United States against W.H.O

On April 7, 2020, United States President Mr Donald Trump said that he halted WHO funding. He accused WHO of mismanaging the COVID-19 crisis and said that it had failed to review and exchange information in a timely and open way. Mr Trump tweeted that the WHO “really blew it” and that the organization while being primarily supported by the United States, was “very China-centric.” He told a White House news conference that … “I guide my administration to avoid funding while undertaking a study to assess the World Health Organization’s role in seriously mismanaging and covering up the spread of coronavirus”. Again on May 29, 2020, President Donald Trump said he would make good on his threat of withdrawal from the World Health Organization, an unprecedented move that could undermine the global response to coronavirus and make it harder to stamp out other threats to the disease. Trump has criticized the United Nations health agency for failing to sound the alarm quickly when the novel virus emerged, accusing it of helping China cover up its threat. Health experts quickly panned Trump’s announcement, claiming it would set back global efforts to track down and defeat a virus that has already killed more than 360,000 people and sickened nearly 6 million. But Trump’s base, which is distrustful of international bodies, has cheered that move.

The US relied on its collaboration with the WHO and other countries to exchange critical data and information, including on coronavirus treatment and potential vaccine development, as well as other threats to public health, including HIV and Ebola. Experts warned the nation’s response to coronavirus in public health, and other emerging diseases would delay without international cooperation. The American Medical Association, the nation’s largest association of physicians, has advised Trump to reverse the decision in the “strongest terms possible.” WHO officials and the agency’s advocates said that there should be a comprehensive review of the agency’s pandemic response, but U.S withdrawal would make it more difficult to pick up international response to coronavirus and other critical public health work.

The potential impact on Developing Countries

The loss of US funding would be a disaster for the World Health Organization, several of its key health programs and the global response to COVID 19. President Trump’s decision to suspend support for the World Health Organization, depriving it of its largest source of revenue, may have far-reaching implications on disease-fighting efforts, and make health care more readily accessible worldwide. WHO de-funding is particularly dangerous for those low-income countries where the work of the agency is critical to maintaining public-health infrastructure standards, as well as addressing killer diseases.

More than 35 emergency operations, including a measles outbreak in the Democratic Republic of Congo and a cholera outbreak in Yemen, are currently being overseen by the WHO’s epidemiologists, clinicians and logistics personnel. In addition to its emergency operations, the WHO is continuing its efforts to treat tuberculosis and diabetes; eradicating polio; and studying tropical diseases. That’s all on a roughly $2.4 billion annual budget. Of this, the WHO’s budget for emergency response is around $280 million.

Beyond the pandemic, health initiatives that the U.S. has long championed, whether it’s battling the spread of drug-resistant tuberculosis, attempting to avoid the spread of HIV, or halting the attack of antimicrobial-resistant bacteria will be undermined by a US withdrawal from the WHO, said David Heymann, a long-time former WHO official who led the agency ‘s response to the SARS outbreak in 2003. Heymann, who has been overseeing the global polio eradication program for a time, fears that especially if the US leaves the WHO, the effort will suffer. The long-standing campaign to rid the planet of polio is a crucial time; although only two countries; Afghanistan and Pakistan continue to see wild polio spread, vaccination attempts have been halted because of the recent pandemic.

The United States is not the main culprit behind the woes of WHO funding. China, despite being a heavily populated country where viruses such as COVID-19 can spread rapidly, accounts for less than 1% of WHO funding because of obsolete allocations. The reluctance of other nations to commit substantial and flexible funding to the WHO is both dangerous and counter-productive towards achieving health safety. Without an oversight process or maintaining collective unity, WHO support remains at the discretion of national governments and their political preferences.