How relevant is Barry Buzan’s regional security complex theory in today’s South Asia and beyond? 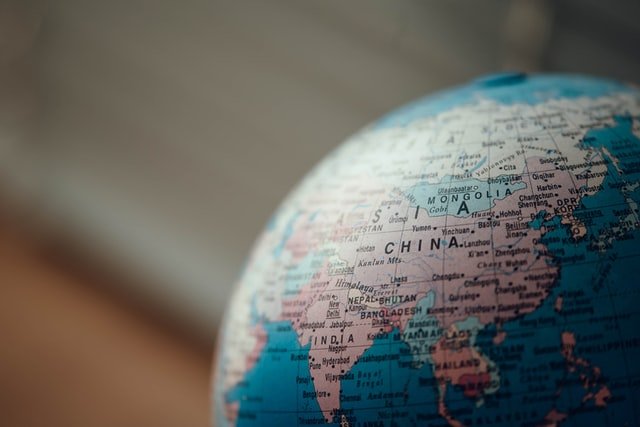 The regional security complex theory of Barry Buzan examines the security complexes including the security complex of South Asia grounded on security interdependency among states positioned in a geographically coherent group that could be penetrated by the external powers. The end of the Cold War also brought an end to the East-West conflict on an international scale. In the absence of a core conflict in the international system, regional security dynamics have assumed greater significance. All the states in the system are entangled in a global web of security interdependence. But since the majority of the states fear their neighbours more than distant powers, insecurity is often linked with proximity. Security interdependence is distinctly more intense between the units inside such complexes than with units outside it. The South Asian security complex, like most other post-colonial security complexes, emerged out of a conflict situation- “communal conflict got transformed into an interstate, military-political one between an Islamic Pakistan and a secular, multicultural, multireligious India in the post-1947 period” (Buzan,2003).

Before independence, the process of securitization was based on Muslim claims for politico-cultural autonomy. Afterwards, it was premised upon many issues like the territorial disputes (especially Kashmir) between the two new states, the balance of power, the mutual accusation of interference in each other’s domestic affairs and the nature of their constitutions. Like Pakistan, other smaller states in the region (Nepal, Bhutan, Sri Lanka, the Maldives, Bangladesh) are all tied into the complex because of the close economic, political and societal links with India- partly because of their isolation from each other, and partly because of the realization that their collective strength does not match India. The South Asian RSC was gradually moving towards an internal transformation from bipolarity to unipolarity as India got stronger and Pakistan weaker and the rise of China was creating a centre of gravity that was slowly drawing South Asia into closer security interaction with the East Asian RSC – these were the two main positions of Buzan’s RSC Theory.

Looking at Buzan’s position a decade later now and with recent events unfolding in the region of “AfPakistan” (to use Buzan’s term), at the domestic level in the South Asian complex, there is an emergence of a zone of domestic political violence and insurgency remarkable even by the already high levels of domestic political violence in South Asia as a whole. According to Buzan, the South Asian security complex has always remained insulated from those around it. Myanmar provided insulation from South East Asia, and

Afghanistan from the Gulf. Major wars in these areas did not spill over into neighbouring regions but these two insulators are now themselves experiencing instability inside the RSC itself. Now with a military coup in Myanmar and US withdrawal from Afghanistan and Taliban assuming full control over Kabul, how insulated do India and others inside the complex remain is a matter to be seen; especially from an upcoming refugee crisis from Afghanistan, the already existing problem of Rohingya refugees in Bangladesh and India coupled with the brief Chin refugee crisis from Myanmar post the coup in February 2021.

Buzan’s propositions are valid while looking at the inter-regional level where India is now operating more on an All-Asia scale in a context increasingly defined by the rise of China. It feels less threatened by its neighbours and is more able to pursue its ‘Look+Act East’ policy by becoming active economically and strategically in East Asia. However, the Belt and Road Initiative (BRI) has changed the traditional understanding of the regional security complex of South Asia and forced to contemplate China as an internal member of the complex rather than considering China as external power. With heavy investments in Sri Lanka (Hambantota Port, Colombo Port City), Pakistan (CPEC), strong relations with Myanmar’s military plus China Myanmar Economic Corridor and Nepal and Bangladesh too joining BRI, its “string of pearls strategy” in the Indian Ocean Region (IOR); Chinese “creditor imperialism and debt diplomacy” have created new security issues. Particularly with the national interests of small states and their political desires to reduce dependency on India being acknowledged by China while providing massive financial, infrastructural and other political, military, economic assistance; it is now widely accepted by all Indian policymakers that India seeks status more outside South Asia than within it despite its ‘Neighbourhood First Policy’ continuing [Buzan’s view is supported here]. This clearly does not mean that India’s neighbours have become inconsequential to it because, given the complex ethnopolitical arrangements and mere concerns of geography, India will remain distracted and hampered by the unsettled nature of its home region. Nonetheless, India’s case as a unipolar power in the South Asian region is way stronger than before and stands in no competition with Pakistan as a failing state, except in events related to Afghanistan. Its case for unipolarity can only be challenged by China’s rise in its “backyard” and efforts made for the rising hegemony of India in the region are clearly dampened and diminished by China alone.

Realists in India and China worry about each other generally as rising powers headed for inevitable rivalry and feed this with particulars about border disputes, nuclear weapons, naval rivalry, economic relations and international status. Since Xi Jinping’s rise in China, a more aggressive China both at India borders (Galwan valley clash) and in the South China Sea reaffirms “the emergence of an Asian supercomplex and the lopsidedness of securitization between India and China continues” (Buzan, 2011). In a post-pandemic world, the importance of arrangements like QUAD, Supply Chain Resilience Initiative (SCRI), prospective G7+3 (D10= 10 democratic nations) etc. become all the more strategically and economically crucial for not only India in the South Asian Complex but also for a weakened hegemon USA, middle powers/democracies like the UK ( in a post-Brexit world), France (especially in IOR), Australia (all the COVID 19 mismanagement of supplies between China and Australia), Japan, European Union etc.

Buzan’s one of the possibilities is coming true in the post-Covid 19 world- wherein he mentions Asia operating more on a Westphalian logic, or at best as a weak security regime. India is more in demand as a balancer against China from both the US and China’s East Asian neighbours (In RCEP, for example, although India decided against it), and it has become more vulnerable to Chinese manipulation of the many unresolved relationships within South Asia (Chinese engagement with Taliban in “AfPakistan”, all-weather ally status of China and Pakistan etc.)—and indeed within India itself. It is obviously visible that India

is seeking to play a greater role in all the regions- be it in South Asia, in the Gulf with partnerships with UAE, Bahrain, Saudi Arabia(recent naval exercise Al-Mohed Al-Hindi 2021 is a case in point with Riyadh showing increasing favour to India’s position on Kashmir and its souring ties with Pakistan), Iran (Chahbahar Port although tensions remain due to China’s increasing presence in the region and US Sanctions) or a wider South and East (India-Japan-Australia trilateral arrangement, Malabar exercises of QUAD, strong India-Vietnam relations, India- South Korea CECA etc.) and Antipodean Asia.

The post-Covid 19 world order would clearly be a more “multipolar world”, quite similar to “Buzan’s Decentred Globalism” or Fareed Zakaria’s “Rise of the Rest” rather than a “Pax Americana” or a “Pax Sinica”.