COVID-19: A non-traditional security threat and its impact on global politics today 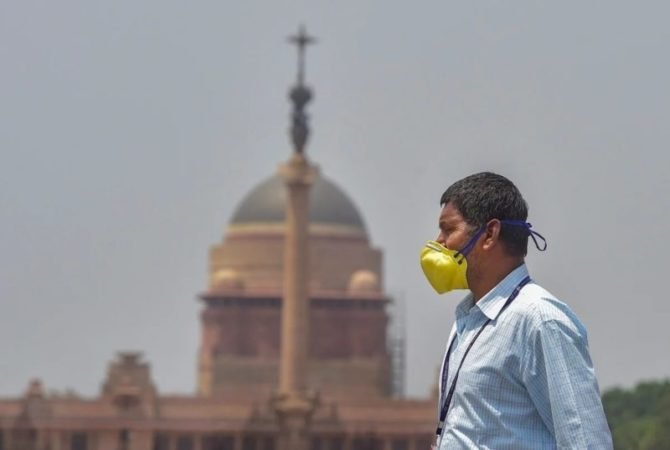 A 21st-century articulation of 19th-century diplomat and Austrian Chancellor Duke Metternich’s famous phrase would be- When Wuhan sneezes, the entire world catches a cold. The decade has unequivocally had a tumultuous start. It is all a culmination of human activity which has driven us towards a new age- the Anthropocene. This age relates to the intertwined human actions and its enduring impact on nature- both environment and climate. The most conspicuous example of a man-made catastrophe, that has altered our outlook towards the world is the SARS-CoV-2 (commonly referred to as the Coronavirus).

The present global crisis has been both unfortunate and unprecedented. The advent of the lethal virus has not only caught every country off guard but also left its grim imprints on the entire world. Coupled with the onslaught of a virus are various post-pandemic challenges such as collapsing governments, massive unemployment, crumbling economies, the plight of migrants, disruption of global supply chains and most importantly, a revision of the contours of ‘security’.

The term ‘security’ encompasses both the internal as well as the external threats that a country is exposed to. The classical notion of security (traditional) has always analysed the concept as a narrow, hierarchical state-framed approach comprising military and political threats. However, drawing humans into the notion of security breaks this traditional conceptualisation. The end of the Cold War period had witnessed an expansion of the concept of ‘security’ to include within its domain, a new aspect of non-traditional security which emanates from internal issues affecting a country such as terrorism, migration, human rights, climate change and so on. Some examples of non-security threats include the birth of new international terrorism following the 9/11 attacks and the refugee influx in Europe in the aftermath of the Syrian crisis. The non-traditional approach has embedded humans within the contours of security, is stateless and of a non-military origin and has no respect for hierarchy or boundaries. At times, although the threats may be localised, their effects may spill over borders, the most distinct example being the Coronavirus.

The wild spread of the COVID-19 has exposed the frailties of all democracies and autocracies to grapple with the apocalyptic nature of the virus. It has brought us face-to-face with the harsh realities that we must take nothing as predetermined or exploit nature’s bountiful blessings. Mankind’s limitless appetite for business, profits, travels, comfort or easier communication modes has exposed the weakness and unpreparedness of all countries in terms of health and social security systems. Perhaps, Gandhiji was correct in his assumption- There’s enough for everybody’s need but not for everybody’s greed. The extreme weaknesses and unpreparedness of nation-states have revealed the inefficacy of even the superpowers who cannot deal with the pandemic by flexing nuclear weapons at the virus.

The globalised world that we live in today is more vulnerable to witnessing a fundamental change in the global order. China is now the epicentre of global rage with conspiracy theories of a deliberate birth of the virus at the Chinese province, Wuhan. With the imposition of full or partial lockdowns worldwide, in a bid to contain the virus, the national security of various countries and the future of a globalised economic and political order seem to be a critical challenge. The inevitable unleash of the virus from China has brought the world on the verge of revisiting Samuel Huntington’s Clash of Civilisations. More than a confrontation between the West and China, it is now a clash of systems and values. At a time when China is flexing its muscles around Taiwan, Hong Kong, South China Sea and the LAC (Line of Actual Control), silencing dissension around the world and pushing for influence across the globe, the world order seems to have arrived at a terrifying as well as an exciting moment.

China’s rapid recovery from the virus and the West’s incapability to respond to the pandemic brings to the forefront the question of a prospective Chinese model for the future. There can be no argument to justify the death of only 8 people in Beijing (1,100 km away from Wuhan), 5 people in Shanghai (830 km from Wuhan) and a staggering one hundred thousand deaths in America, 12 thousand km away from the Chinese epicentre. International Organisations like the World Health Organisation and the United Nations have lost their credibility on grounds of excessive incapability to combat a global pandemic. The spirit to unite in the face of such adversity has triggered international cooperation with countries like Australia or Japan bent on moving their industries out of China.

The pandemic has definitely set the stage for the emergence of new leadership in a post-COVID world. Countries are already set to venture on an attempt to devise the contours of the new post-pandemic world and revise geopolitical equations. With the failure of the UN or WHO and the call for a multilateral order in a non-COVID world, India is considering a membership to an expanded G-7. A major determinant of the post-COVID political order appears to be a rivalry between the US and China. China’s failure to contain the spread of the virus and the WHO serving as an accomplice to China’s intentions has led the USA to halt funding to the organisation. Countries who have blamed China for deliberately withholding information and taking no steps to contain the spread of the virus within the Chinese territory have now called for an enquiry in the WHO to demand transparency.

Apart from wreaking havoc all across the globe, the COVID pandemic has exposed several other security risks that nation-states will be subjected to- the first and most important being health security. Inability to develop safe vaccines to combat the spread of the virus has compelled people to accept disease and death as the new realities. The pandemic has opened up opportunities for transnational cooperation which is imperative for countries to collaborate in the process of revision of health security. That health is no longer confined within domestic borders has been a lesson in the wake of the pandemic.

Another non-traditional security aspect that the COVID has highlighted is the severe economic repercussions on the global order. The world is moving through a period of negative growth- something that had not been seen in the past few years. In fact, the Global Economic Prospects paper published by the World Bank in June 2020 enunciated that the emerging markets in the developing countries are the most vulnerable to this financial crisis and nearly sixty million people are expected to be pushed into extreme poverty in a post-COVID world. Consolidated economies like the US, UK, Italy, Japan have been facing the brunt of a severe global recession. UN reports suggest that a shrink of nearly $8.5 trillion of global output could send 130 million people into extreme poverty and leave several unemployed. More than ever, it is now time for science and policy to co-exist. A comprehensive understanding of environmental and health issues will require science to be released from the confined domains of laboratories and incorporated effectively into policy formulation.

China’s silent invasion into territories of the World and proliferation of its underlying geopolitical ambitions has rightly led US Secretary of State, Michael Pompeo to remark that China “has a history of infecting the world.” What the future holds is uncertain. Whether the non-COVID world will be determined by Chinese isolation from world affairs or rejuvenation of multilateralism seems questionable. The scope of cooperation between countries to secure their national security and overcome Chinese inhibitions is immense. At a time when the tentacles of the Chinese system are embedded everywhere and a unipolar world seems nothing short of dystopia, the liberal order must be secured. What we need now is self-reliance, regional integration and cooperation.

Apurbaa Sengupta is pursuing a Bachelor's Degree in Political Science, at the Department of International Relations, Jadavpur University, Kolkata.