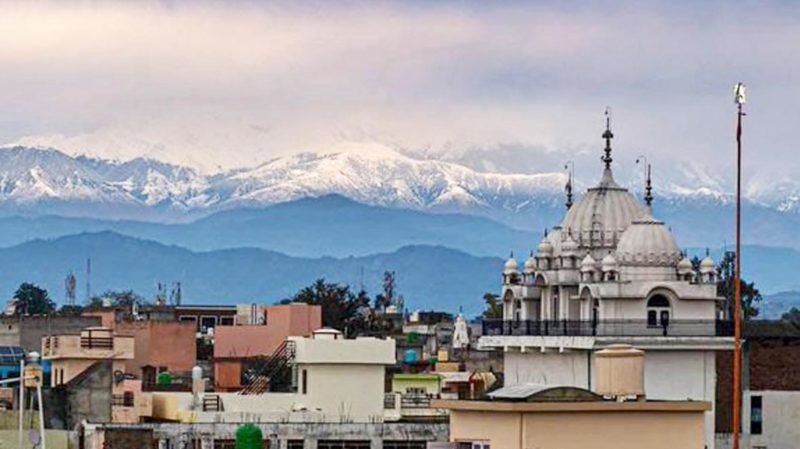 It is an uncomfortable and inescapable fact, that great pandemics bring about social reforms. Although nature has an immensely awesome power to level mankind and transform history, it is humanity’s ability to endure the worst crisis, rebuild and start again. The bubonic plague or the Black Death resulted in improved living and working conditions for the low – income workers of that era. This led to healthier diets and better resistance to later recurrences of the disease.

When things finally open and we get accustomed to living with this microbial disease, the ninety-nine percent population of this world might ask if there was a silver lining to this pandemic. Though it might sound aghast and distasteful, yet the changes nature has witnessed as a result of the pan country lockdown due to the coronavirus outbreak has made us question our choices and lifestyle. As we wait for the black clouds of the corona to fade and the sun to finally shine brightly on us, nature is recuperating from the clutches of pollution and the earth, it seems is healing. Nature seems to be reclaiming its space with air pollution levels decreasing significantly in China, India and other developing countries. The air pollution from nitrogen, gas emitted by cars, power plants and factories dropped by 40% over Chinese cities due to the restriction put to prevent the rapid spread of coronavirus. The European Space Agency observed a decrease of fine particulate matter which is a major air pollutant this February as compared to the past three years. Studies also showed that particulate matter fell by around 20-30% over large parts of China. In India too the air quality has improved exponentially in all the metropolitan cities. The cities aren’t just cleaner, but from many polluted cities like Jalandhar and Saharanpur, the Himalayan mountain ranges can be clearly visible which are at a distance of about 180 – 230 km.  even in Delhi, that experiences visibility of a few hundred meters, distances and important landmarks up to 10 – 14 km are visible. It is not just the cities across the world that have grown cleaner in terms of air and water resources, but it is the flora and fauna as well that has recuperated well because of the lockdown enforced due to the lockdown.

While the current crisis imposes the need to stay safe and maintain distance, never in the history of humanity have we felt closer to each other than this time, as the global scientific community comes together to face this challenge head-on. The spread of the coronavirus is showing us that what we share is much more powerful than what keeps us apart. All people are inescapably interconnected, and the more we can come together to solve our problems, the better off we will all be. While everyone is worried about the pandemic and they have every reason to be, it is the nature of mankind to change the course of history and even science and technology when faced with such a horrendous situation. By the time the tornado-like destruction of the 14th-century bubonic plague finally dissipated, nearly half the people in each of the regions it touched had succumbed to a gruesome, painful death. The scarcity of labour after the Black Death led to a change in agricultural technology. Moving along the wage-rental iso-productivity line, farmers changed from growing crops to tending animals, from arable farming to husbandry.

In other words, movement along a smooth production-possibility curve resulted in a discrete change in the underlying technology. This adaptation of agricultural technology changed the role of women in medieval Europe. Switching from crops to husbandry reduced the demand for strength to push plough and expanded the scope of work that women could do. The result was a change in the status of women in a society that economic historians have observed at other times and places. The reduction in ploughing reduced the demand for men’s labour and increased the demand for women’s labour. Women’s wages rose and their opportunity for work expanded. The 1854 cholera epidemic in London led to government infrastructure investments in water and sanitation. The influenza epidemic of 1918-19, like the bubonic plague and cholera, was a crowd disease that fed on social inequalities. People living in overcrowded homes or in the trenches of the First World War who were poorly fed and cold were more susceptible. In the aftermath of the pandemic 100 years ago, many countries recognized the importance of universal health care and better housing.

Historically, pandemics have forced humans to break with the past and imagine their world anew. This one is no different. It is a portal, a gateway between one world and the next – Arundhati Roy.

COVID 19 has changed the world as we know it dramatically and drastically, making us all question the basic ethos of survival. But given the fight back ability of the humans, and mankind witnessing the fourth industrial revolution, we will come out of this changed. The reforms that we will see after this won’t be just limited to the technological division, but agriculture, socio-economic sphere as well as better integrated local, provincial and national planning to prepare for future global health crises. There are longer-term changes that are emerging like the reliance on leadership and sound scientific advice reinforcing the importance of international collaboration and information-sharing. But the shortage of medical staff to respond in societal emergencies suggests the need for long term measures. The utter failure of the individualist panic hoarding approach contrasts with the success of national co-ordination and social trust in countries like South Korean and Singapore.