The Afghan-Taliban issue, its history and India’s role 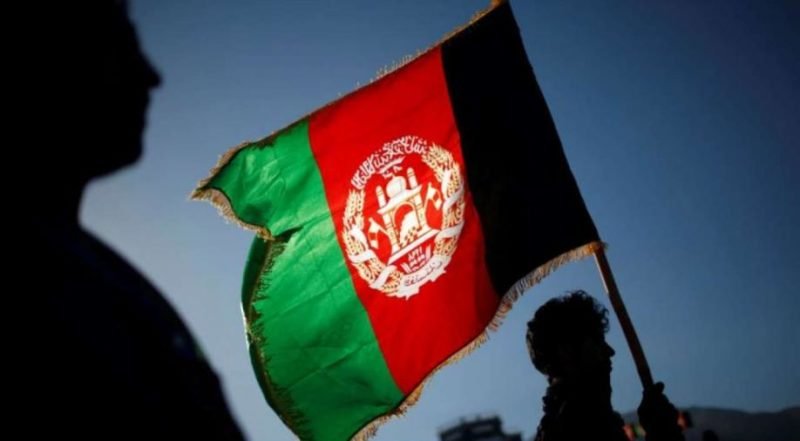 Democracy:- The government of the people, for the people, by the people. We will come to later to the essence of the definition of democracy in this article….

After the Taliban has expressed its wish to have a productive relationship with India ahead of the USA forces withdrawing from Afghanistan in the aftermath of the signing of USA-Taliban peace accord, there is skirmish among policymakers, academicians and various experts about whether to have a talk with Taliban to cooperate for the formation of democratic government in Afghanistan or not to have any kind of meeting or talk with the insurgent group.

The larger question is whether world leaders who are supporting peace accord can give guaranty that there will be a stable, democratic, united and most importantly PEACEFUL Afghanistan after the USA leaves Afghan land keeping destiny of 30.7 Million Afghans to the fate of Taliban and including Taliban in the power-sharing formula of Afghanistan? Hypothetically speaking if there is the inclusion of the Taliban in the Afghan government, who will bring the consensus among the different factions of the Taliban. There is not one Taliban. There are a number of small and large groups within the Taliban some of whom are unwilling to have talked with the government elected by people or to any foreign authority.

For the complete understanding of the issue, we must have to understand the society and history of Afghanistan. Afghanistan from ancient time is the habitat of people of different race, origin, ethnicity, and most importantly Tribes. It was never a country of homogeneous people. The demography of Afghanistan consists of different lingo-racial tribes of

If you go back to the history, these tribes were always in a cut-throat quarrel with each other to overtake power and get united only after any foreign invader tries to attack their country except Ahmed Shah Durrani who was one of only Afghan origin successful in unifying these tribes in the middle of 18th century following Hotak rulers. Durranis were successful in giving a stable monarchy to Afghanistan. In the post-Durrani era, though there were monarch quarrels among tribes for regional power was rampant.

In colonial times no foreign power was successful to establish rule on Afghans for a long time and it remains buffer state for the Russians and British. This fact restricted the march of British south to the Durand line after 1919.

The Afghan politics got blow after “Saur Revolution in 1978”, which established communist government of Peoples Democratic Party of Afghanistan (PDPA) under the leadership of Mohammad Najibullah after a military coup against Daud Khan, the self-proclaimed president and prime minister of Afghanistan. The PDPA government tried to bring some reforms in Afghanistan which according to tribal leaders harmed the tribal culture of Afghans resulting in massive revolts against the communist government. Then the saviour of communism, the USSR came into the picture to save its communist ally on the very eve of Christmas against people uprising. The entry of the USSR in Afghan soil shook the world community including the Islamic world. The Muslim youth across the world started flocking towards Afghanistan to fight the then declared Holy war against USSR under the name of Mujahideen (it also gave birth to terrorists like Laden). The USA also helped the insurgent against their rival USSR by providing funds, arms and ammunition. Taliban emerged during the same time as the 1980s to fight USSR but got the world’s attention in 1996 after it captured almost 3/4th area of Afghanistan leaving the area of Northern Alliance. USSR also failed to give stability to the region and withdrew all forces from Afghanistan after 1989 under the leadership of Mikhail Gorbachev. After the exit of  USSR, the cut-throat competition was redeemed in the form of Afgan Civil War from 1990 to 1996 among different warlord groups in which the Taliban got success under the leadership of Mulla Mohammad Omar.

The regime of Talibani government was one of the most horrific regimes in the history of humanity. Political killings, human rights violations and atrocities on women were rampant. Prohibition on women to attend school, employment, a public gathering was a core feature of Taliban principles. Even talking loudly was an invitation to rigorous punishment of death. Atrocities on minority tribes by the Pashtun dominated Taliban was the cause of terror among minorities. Assassination on Ahmed Shah Masood, leader of Northern Alliance in 2001 was discussed in world media widely after which entire Afghanistan came under the control of the Taliban. Afghanistan was a safe haven to various terrorist groups including the hijackers of IC 814 Indian aircraft and Osama bin Laden in its reign.

Taliban aggravate the world (USA) after they deny handover of Laden to the USA after the attack of 9/11 on twin towers by Al Qaeda. Aftermath USA attacked Afghanistan in 2001 under the operation “Enduring Freedom” and policy of War on Terror which continued till 2014 killing many American soldiers and Afghan civilians. After the fall of Talibani reign in 2001, The USA forces and International Security Assistance Forces (ISAF) established an interim government and made Hameed Karzai as its chief. ISAF was a NATO Led military mission established by UNSC. Taliban insurgents continued their guerrilla war against USA and NATO Forces hiding in the mountains of Hindukush where they got sage position against USA and NATO forces. Taliban once again reminded the world that it is easy to attack Afghanistan but difficult to establish there any system against the will of Afghani tribal groups.

The Taliban which was born and brought up on the manure supplied by the USA to tackle USSR influence now was bone in the throat of USA. Taliban insurgent killed many innocent civilians and turned Afghanistan to a Warfield with hidden IED beneath the sand which explodes even nowadays making many afghan children handicap.

The policy of USA & ISAF changed to “Advisory Military Help Only” Under the government of Ashraf Ghani in 2014.

Now there are three major parties in the Afghan political tussle

Should India welcome the Taliban in power-sharing of Afghanistan? The question is open to debate. But if you go through India’s Afgan policy slogan, India should work for “Afghan Led, Afghan owned and Afghan Controlled government” and NOT Taliban led, Taliban own and Taliban controlled government. In this Afghan means the leaders who are elected by the people of Afghanistan who believed in peace and not by terrorists of the Taliban. And here comes the reference to the definition of democracy explained above. In Afghanistan, a government which is backed by people of Afghanistan should be established. And maybe India’s intention is also to establish people’s rule in Afghanistan that’s why she built the Parliament in Afghanistan and not a military camp like the USA. If India supports the Taliban presence as a political organization and accepts it as a political group and not a militant organization then the entire objective of that parliament will get failed.

And there are no any doubts that the groups which do not obey 7 days “Reduction in violence” clause will perform an attack on humanity and will provide safe Heaven to radical terrorist organizations in their land as they gave in the late 1990s.

Also, there is a reason that Afghanistan is an immediate neighbour of India (Considering POK as the part of India) and if Taliban once again gain power, it will hurt Indian interest in Kashmir and Ladakh region. Though Sohail Shaheen, the spokesperson of Taliban tweeted that Kashmir is an internal matter of India (in did not say internal matter of Pakistan). We should not take a risk at least in the matter in which the Taliban is included

Is there any solution to the Afghan-Taliban problem?

The solution for the Afghan problem is complex but not impossible. You cannot bring stability on Afghan soil without bringing all tribal groups on the board. To every group, you have to give representation to the government. The Lebanese model of government which talks about the distribution of power among various minority groups can be approached. In Lebanon, a confessionalism principle is observed by which the high ranking offices are distributed among various religious groups for example President is Maronite Christian, Prime minister is Sunni Muslim and speaker of the house is Shi’ite.

This kind of government can be a solution for a temporary period until the democratic values are learnt by the rural Afghan population. Till the democratic society which supports the democratic principles and not theocratic principles emerged in Afghanistan, the world should support Afghanistan, provide it with education material, medicines, doctors, food and not arms. Aside it should continue to deal with terrorist radical organization as terrorist organizations and not as political groups. If you support terrorist today, they will come to your home tomorrow.

Atul Anil Ranpise is a student of M.A. in Politics (with specialisation in International Studies) at Jawaharlal Nehru University, New Delhi