Political crisis after the missing security agent in Somalia 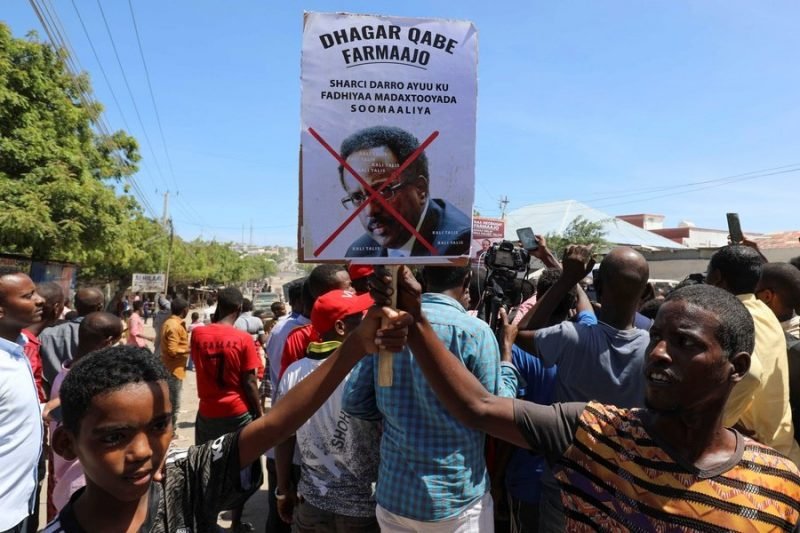 Ikran Tahlil, a 24-year-old cybersecurity expert who worked in the National Intelligence and Security Agency (NISA) of Somalia was found missing on the evening of June 26, 2021, at around 8:03 pm. She disappeared outside her house in Mogadishu which is located near the headquarters of the security agency and since then she couldn’t be found. After almost sixty-eight days later, the National Intelligence and Security Agency (NISA) of Somalia posted a statement indicating that after the investigation it has been found out that the women were abducted and was handed over to Al-Shabaab, a terrorist operation which is linked with Al-Qaeda who killed her. Yet, there are many controversies and confusions about who killed her and what exactly happened with the young, dedicated woman. This incident led to political conflict and crisis in the country. [1][2]

The Political crisis in Somalia has come on top of a progression of humanitarian disasters- the aftereffect of a long-time clash with Al- Shabab, insurgents connected to Al-Qaeda, recent floods, and an anticipated drought that, everything considered, will leave more than 6,000,000 individuals needing help.

At the core of the clash has been the boldness and dedication of Somalian President Mohamed Abdullahi Mohamed, who is also known as Farmaajo to remain in the office till 8th February, for two years more than the end of his period, apparently to empower the holding of the delay in the elections. This was a step backed by the lower house of the country, but not the opposition and the upper house- led by two of the former presidents- mentions the extension in his position as a simple way of grabbing power.

What has made the situation more combustible is the National Army of Somalia- notwithstanding long periods of donor-backed reforms- splintered with clan lines. Few units peeled off to be in support of the opposition-dominated by Hawiye, which has been controlling the enormous chunks of Mogadishu. Fearing the worst, around 200,000 civilians fled the country.

After extreme pressure domestically and internationally, Farmajo consented to abandon his plan of extension and instead permitted Prime Minister Mohamed Hussein Roble to arrange talks starting on May 22 to handle the settlement.

The members of the opposition party and leaders of the five federal member states of Somalia gathered on the negotiation table with Farmajo. The main aim was to develop trust between the political parties and to hold the elections that were delayed as soon as possible.

Yet, the condition remains fragile. The role of the special envoy of the African Union, whose participation was considered crucial for the opposition was rejected by Framajo. It has been said by the insiders that both opposition and the government are on the edge ad they could quickly remobilize as they stood down when the summit talks were agreed by all sides. [3]

The Prime Minister of Somalia, Mohamed Hussein Roble, has fired the head of the intelligence unit of the country over the case of missing female cybersecurity expert, Ikran Tahlil.

The Prime Minister, Roble, accused the chief of the intelligence unit, Fahad Yasin Haji Dahir, who is a former close ally of the Somalian President, of incorporating security and politics and he commanded the chief to hand over all his powers within three days. He mentioned that administering the case of Ikran was “inappropriate’.

The Somalian President Mohamed Abdullahi Mohamed, who is also known as Farmaajo, has issued a statement in which he has termed the decision of the Prime Minister, calling it “illegal and unconstitutional”, in a row threatening to derail the process of election of

Somalia. The situation is intensifying an already tense period in the politics of Somalia as Farmaajo ordered Fahad Yasin to stay in his role.

The clashes among the leaders of Somalia has been brewing up for weeks now as the country is going through its process for elections. The National Intelligence and Security Agency (NISA) on September 2 reported that Ikran has been killed by the militia of Al- Shabaab. But the Al-Shabaab has denied the allegations and Ikran’s mother has also rejected this claim publicly, she accused NISA of her disappearance as she claims that the last time she spoke to her daughter was when she mentioned that she has been asked to report in the office.

The United Nations and the African Union Mission in Somalia in a joint statement called for a “credible investigation” for Ikran’s case and requested for a de-escalation in political confrontation and avoid taking any decision or action which could eventually escalate violence or clashes. They have also called the leaders of Somalia together to work for the implementation of the 27 May Agreement for holding the elections.

Some regional leaders as well as some opposition groups have supported the Prime Minister and asked the President to respect the laws; while observers alerted of a return to April’s political impasse when the opposition armed forces took positions in the capital Mogadishu, protesting opposed to the term extension of the President.

Clashes and jostling for power to attain the leadership in the country isn’t new in Somalia, and pressures stay intense in the capital, with inhabitants revealing troop developments along strategic junctions. [4]

United Nations, the African Union Mission in Somalia (AMISOM), the United States, The European Union, East African bloc IGAD and the entire international community is equally worried and has urged the leaders of the country to resolve their conflict as a matter of urgency so that Somalia can be a peaceful country.

The statement released by the UN Assistance Mission in Somalia states that “they urge the leaders of Somalia to de-escalate the political confrontation, which is surrounding this investigation and, specifically to refrain from any actions that could lead to any type of conflicts”.

The International Community has urged the government to resolve the disputes, have a credible investigation for Ikran’s case and complete the process of election without any delay.

After months of delays, now, the elections in Somalia are scheduled to take place between October 1 and November 25. [5]