Arctic new future is ahead 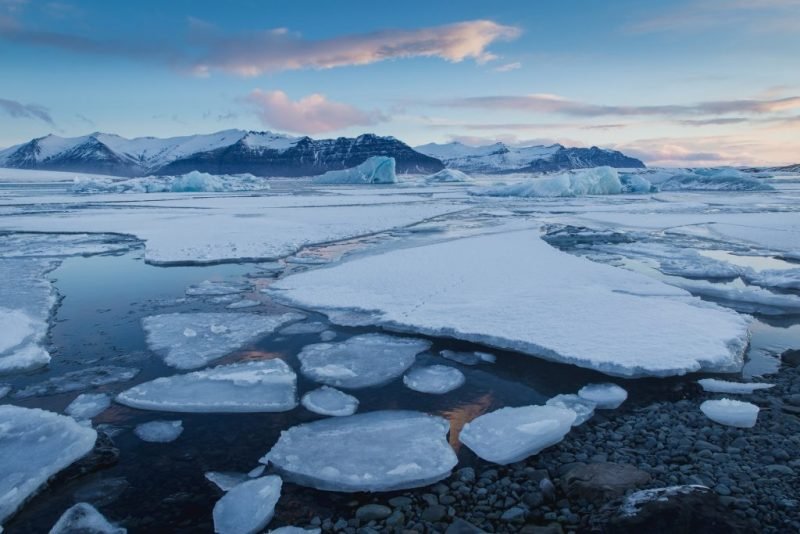 The Arctic is a beautiful region, still untouched by human hands, but climate change is having a big impact on the Arctic. We are witnessing the constant melting of Arctic ice as a result of rising temperatures caused by climate change. In the Arctic, climate change is a reality that brings both challenges and opportunities to its people. Scientists from Russia, Norway, Iceland and other Arctic countries, the EU, the United States, China and Canada, despite the difficulties and deteriorating relations between Russia and the West, are actively engaged in dialogue on the future of the Arctic. They call for enhanced cooperation and joint development of the Arctic for the benefit of humanity, and not for a geopolitical confrontation, because “Together we are stronger.” During the discussion, the focus was on “Blue Energy” and “Ocean Energy”, which are the pure energy of the future. The region is extremely rich in natural resources: 30% of the world’s unexplored natural gas reserves and 13% of oil reserves are located in the bowels of the Arctic. There is no other region in the world with such oil and gas reserves, fishing, extraction and, above all, sustainable economic development. Melting ice opens up access to unexplored mineral and biological resources, as well as unlocks ship routes for year-round navigation.

Nikolai Korchunov – Supreme Ambassador of the Russian Foreign Ministry, senior official of the Arctic Council of the Russian Federation, said that only with joint efforts of all, Arctic countries can achieve sustainable development, reduce environmental risks, transition to the economy low-emission, green energy solution for the Arctic to preserve the unique nature of the Arctic. Russia is not interested in confrontation with other countries, and Russia is open to cooperation with all stakeholders to implement the Arctic 2050 strategy and to jointly conquer the Arctic and its treasures. Russia intends to organize important conferences and events related to climate change in the coming period. Prevention of pollution and degradation of the Arctic, creation of a strategy for sustainable and green development of the Arctic, where countries will participate and cooperate with private business.

Alexandra Middleton (Associate Professor at Oulu Business School, University of Oulu) strongly noted the cooperation between the Skolkovo Emerging Markets Research Institute (IEMS) and NORD University Business School from Norway. Alexandra talked about the Arctic 2050 report: Mapping the future of the Arctic and a vision of what the Arctic will look like in 2050.

The report looks at the Arctic as we know it today, with key forces such as the climate crisis, demographic challenges and economic value creation, as well as Arctic technologies and innovation. Researchers from around the world are discussing the quality of the institutional environment and the pace of technology and innovation in the Arctic. Researchers have identified four Arctic development scenarios inspired by key historical epochs. Alexandra spoke about two scenarios. In the romanticism scenario, money stops flowing into the Arctic due to increased institutional constraints. In the Renaissance scenario, nations agree to make Arctic exploration – just as much as space exploration – a symbol of international cooperation and humanity’s eternal quest for progress and innovation. Governments are agreeing on standards for doing business in the Arctic, encouraging the use of the best available technology and innovation to prove that unbundling is possible.

Frode Nielsen (Doctor and Professor of Marketing at Nord University Business School) said he wanted to talk about “the challenges and opportunities offered by the Arctic”. He focused on Western – Russian interests in the Arctic. The main question for both the West and Russia is about the valuable resources in the Arctic and whether there are other resources that have not been discovered. This has been the most important issue for centuries. “As a result of climate change, the development of new sophisticated technologies, the West and Russia must work together for the sustainable use of Arctic resources and wealth through the blue economy.” Two questions are important as to which sectors of the blue economy in the transformation of the Arctic will have the greatest impact on the world economy and will be able to meet its needs, and what are the opportunities and constraints for a strong increase in Arctic reproduction. “As a result of the Arctic, the blue economy is more relevant today than ever.”

Mads Quist Frederiksen, director of the Arctic Economic Council, talks about the future of the Arctic economy. Temperatures in the Arctic are rising three times faster than in other parts of the world. Climate change has a major negative impact on the Arctic and its development, as well as on existing infrastructure. The decade of the ocean and the ocean economy follows. The world will need more resources from the oceans to feed itself in the coming decades. The Arctic is extremely rich in rare metals, which will become increasingly important in the future. Europe today is 90% dependent on the supply of rare metals from China. But a green economy and a green transition are impossible without rare metals. Eighty-five percent of the world’s population lives in the northern hemisphere, and the Arctic connects them all. The Northern Sea Route will be the main trade route in the 21st century.

Russia has an ambitious government policy for the Arctic, and to this end Russia is investing in a number of innovative infrastructures, energy, transport and research projects in the Arctic. Russia is openly calling on other countries to join its mega-projects to conquer the Arctic. China and India are mostly interested in these megaprojects, but other Asian countries are also interested. At the same time, the intensification of economic activity has a significant impact on both the environment and the living conditions of indigenous peoples. Understanding the drivers that will transform the Arctic business and political landscape in the coming decades is crucial for politicians and businesses to devise mutually beneficial approaches to exploiting emerging opportunities without harming the unique nature of the Arctic and the social ecosystem. The harsh environmental conditions of the Arctic have in the past hampered economic activity in the region. Climate change, new technologies and innovations open up new perspectives for the development of these territories. The Arctic has become one of the hotspots of geopolitics: global and regional players are seeking to expand their borders. The future of the Arctic is a complex and synthetic problem, so its solution can only be secured by integrating the efforts of all Arctic countries.