The End of Sanction Waiver Renews Tensions in the Gulf 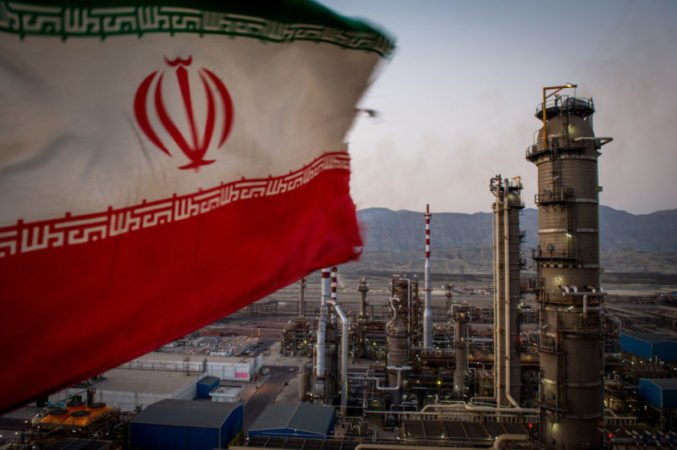 Mike Pompeo, the US secretary of State announced the end of the remaining Sanction waivers on 27th May 2020 and Iran responded louder with a declaration that nuclear activities of Iran will continue despite the sanctions imposed. Reacting to the US sanctions on two of its nuclear scientists Majid Agha’i and Amjad Sazgar, Tehran said defiantly that the sanctions would make them “determined to continue their non-stop efforts more than before.” What implications these announcements and counter statements are going to have on the course of Iran-US relations and security of the Gulf region?

The very next day, on 28th May, the Revolutionary Guard Corps of Iran strengthened their naval defence capacity by adding and upgrading scores of new speedboats and challenged the US naval activities against Iran. The IRGC Navy commander, Admiral Alireza Tangsiri said that “Today we announce that wherever the Americans are, we’re right there beside you, and in the near future you will sense us even more”. Given the previous responses of Iran to the US move in the region, these words must be measured properly to avoid intensification of the tension and hot conflict in the region.

The waivers were used by the companies of Europe, Russia and China to continue their work on civil nuclear facilities of Iran. The opinion is divided in Washington regarding ending of the sanction waiver. A group of Non-proliferation expert are of the view that the waivers had reduced incentives for Iran to a higher level of uranium enrichment. This view is shared and endorsed by the European allies of the US. But the powerful group led by the Secretary of State, Mike Pompeo and a group of Senators like Sen. Tom Cotton are strong of the opinion that it will exert more pressure on Iran.

The European allies, France, Germany and the United Kingdom have criticised the US decision in a joint statement on 30th May 2020 “We regret the US decision to end the three waivers”, as the waivers were necessary to prevent Iran from developing nuclear weapons. With the waivers, European, Russian and Chinese companies were at work on the conversion of heavy water reactor at Arak, the provision of enriched uranium for a research reactor in Tehran and transfer of spent fuel abroad.  “These projects, endorsed by UN Security Council Resolution 2231, serve the non-proliferation interests of all and provide the international community with assurances of the exclusively peaceful and safe nature of Iranian nuclear activities,” said the statement.

In order to justify the move, Secretary Pompeo referred to the recent comments of the Supreme Leader of Iran that it was an “Islamic duty” to fight for the “liberation of Palestine”. Secretary Pompeo accused the Iranian Leader of invoking the Holocaust and said that “The regime’s vile rhetoric only strengthens the international community’s resolve to counter its threats.” But the other parties to the Joint Comprehensive Plan of Action (JCPOA) Russia, China, Britain, France and Germany hold a contrary opinion, still support the deal and believe that it is useful in reducing nuclear activities of Iran.

Kelsey Davenport, the Director for Non-Proliferation Policy at the Arms Control Association said that “Ending the waivers puts the remaining parties to the deal in a tough spot- proceeding with the projects risks US sanctions but halting work puts them in violation of their obligations under the nuclear deal and gives Iran further justification to violate the accord or withdraw from it all together”. The move can further enlarge the yawning gap between the US and its European allies which has seen numerous divergence points on a number of issues. It appears to be a political decision to done away with the Obama-era agreement in an election year irrespective of the consequences it entails. It seems that such a move in disregard of the concerns of the European allies and partners is bound to further undermine the US credibility.

The decision has attracted sharp reaction from Russia. The Russian Foreign Ministry spokeswomen, Maria Zakharova told reporters in Moscow that, Washington’s actions are becoming more and more dangerous and unpredictable.” The remark of the Russian Senator, Vladimir Dzhabarov was sharper when he said that, “The US is pushing them and in the end, they provoking Iran to create a nuclear bomb, unequivocally,” and he further added that Russia would continue to work with Iran. The response and reaction of Russian are expected as they also face the US sanctions.

The reaction of the Chinese government is very important given the fact China is not only a strategic partner of Iran but also its largest oil customer. The pandemic diplomacy has brought the two countries further closer. China remained the sustained source of support and assistance for the worst-hit Iran. For decades, China has been the largest trading partner of sanctioned Iran. The bilateral relations gained in strategic significance over the decade and the pandemic solidarity and cooperation is solidifying the syndrome. The increasing competition and hostility between China and US in the South China Sea is sure to impact the growing Iran-US tension as the tilt of China and Iran towards each other is clearly on the horizon for some time.

The US sanction strategy and the related policies have been bringing together three most affected countries- Iran, Russia and China. The three conducted their first-ever joint naval drills in the Indian Ocean and Gulf of Oman in the last week of December 2019. This unprecedented military cooperation among the three major challengers or rivals of the US is sure to have a deeper and long term implications. It assumes enhanced importance given the fact that the event was conducted after the US increased its naval presence and exercise along with its allies in the region in the wake of an attack on ships and oil facilities.

Code-named as “Marine Security Belt” aimed at enforcing regional order and balance, the naval drill was said to be conducted to curb terrorism threats, carrying out rescue operations and defence against pirate attacks.

“The message of this exercise is peace, friendship and lasting security through cooperation and unity… and its effect will be to show that Iran cannot be isolated,”  said Rear Admiral Gholamreza Tahani. The Iranian media referred to the event as “the new triangle of power in the sea”. It was claimed by Tehran that it was the demonstration of Iran’s level of relations and cooperation with these powers. The Chinese Foreign Ministry said that the drill would “deepen exchange and cooperation between navies of the three countries.” It was claimed by China that the joint drill was not connected with the regional situation and rather a joint effort to ensure peace and maritime security of the region and beyond. But given the timing, tone and tenor of the three countries, it was surely more than a normal military cooperation.

The power of decision in international relations largely depends on the balance of interests of the parties involved, the satisfaction of interests of the allies and the broad opinion of the international community. The waivers were based on the multilateral decision and UN Security Council Resolution aimed at nuclear non-proliferation. Besides, it was a prudent mechanism to contain and manage the Iran-US hostility and security of the strategic Gulf region. All the parties involved, therefore, must work with responsibility and pragmatic consideration of interests of all because conflict does not serve the interests of anyone.