What can the world learn from South Korea’s success in contact tracing? 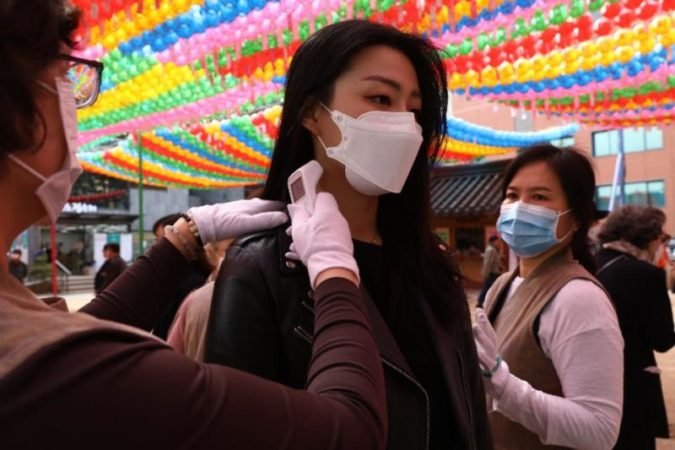 Wales has become the latest country to introduce contact tracing to try to halt the spread of coronavirus. From Monday, June 1st, anyone who has a positive coronavirus test result will be contacted by a team of tracers and asked for details of everyone they had close contact with while they had symptoms. Similar systems have already started in many other countries. In Asia, one of the most rigorous contact tracing schemes was implemented in South Korea and as a result, thousands of lives were saved.

Here’s how the BBC covered the story.

BBC Presenter Wyre Davies: Now if there’s one country where expansive testing, tracing and quarantining has proved successful in reducing the spread of Covid-19, it is, of course, South Korea. The Asian nation was quick off the mark accepting that the disease posed a serious threat to public health, long before we began to harbour such thoughts here. South Korea, thanks to an app-based system on your phone – with aggressive follow-ups by tracers – managed to get on top of coronavirus and flatten the curve.

So what lessons can we learn here in Wales? What sacrifices might we have to make if we want our lives to return to normal?

Duncan Bartlett is editor of Asian Affairs magazine and has written extensively on how South Korea dealt with Covid-19 and is still dealing with it.

First of all, what did they put into place and was it critical that they did it very early in South Korea? We’re already now starting testing and tracing in Wales two months down the line. They did it a lot earlier, didn’t they?

Duncan Bartlett: Well, I’m struck by what you said in your introduction, that South Korea has won the admiration of the world for dealing with coronavirus but that wasn’t necessarily going to be the case at the beginning of the pandemic. To begin with, after China, South Korea had more cases of coronavirus than anywhere else. But as you said, it acted early very quickly, and it soon got up to about 15,000 tests per day, to try to limit the spread of the virus. The government had special ways in which it worked out where people had been by looking at things like the GPS data from their mobile phones and where they used their credit cards. Now that’s a bit controversial in terms of people’s privacy, but most people accepted it and as a result, very quickly they flattened the curve. And altogether, South Korea has only had about 269 deaths from Covid-19 compared to more than a hundred thousand in the United States.

Wyre Davies: But in South Korea, there were some pretty severe personal intrusions. I gather that people’s affairs were exposed, people were found to have been not where they should have been. I can’t see that kind of thing working in the UK. And therefore the impact of the testing and tracing policy in the UK might not go as far and as deep as it as it did in South Korea. So as the South Koreans now look back, are they glad of what happened there?

Duncan Bartlett: Well, I think the clue that they thought that the government had done well there was when they had a midterm election in April. It was quite a risk actually to have an election at all in the middle of a pandemic, of course. But they managed to do it and the governing party came back with a very strong result. So people obviously thought that their government did well and the government has been now trying to help other countries around the world, particularly advising on how to do this testing. But as you say, there are certain things about the way Korea behaved, which might be difficult to accept overseas. But then South Korea has had an unusual history. It’s always living under the shadow of an invasion or an attack from North Korea. And that means that the whole country is basically on standby for an emergency all the time. And one of the emergencies which they’ve had to prepare for is the idea of a chemical or even a biological warfare attack, missiles coming over the border from North Korea. So they’d been in a state of high preparation for an emergency and that’s one of the reasons why they were able to act quickly at an early stage.

Wyre Davies: So they were ready. But finally, briefly, Duncan, it hasn’t gone away completely has it? There have been even in the last 24 hours, a couple of instances of the virus spreading, with some more restrictions that have had to be put back in place because of a second wave of cases.

Duncan Bartlett: You’re quite right, because even if you do the testing, even if you have the app, even if you check people’s mobile phones and credit cards, you can’t control where people go. And unfortunately, in the last couple of weeks, there’s been a bit of a spike in cases in South Korea. The government is now pleading with people: be careful, social distance. Don’t think that we’ve won this battle yet.