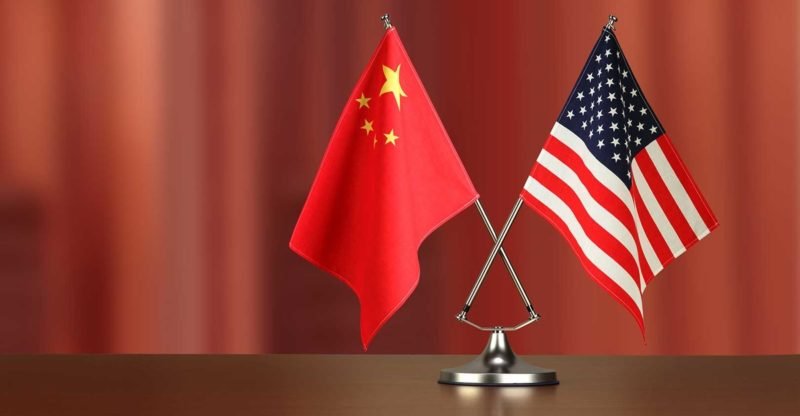 Thucydides Trap, often invoked to envelop relationship between USA and China, was a general theory put forth during the Peloponnesian war (431-404 BC) where Sparta, a ruling power was challenged by Athens, a rising/revisionist power endangering the then global ( or say regional) order. Thucydides, an Athenian historian, advocated the inevitability of war when such an arrangement flares up. Graham Allison, an American Political Scientist, in his book ‘destined for war’ has argued that the impact of rising China on World Order led by American hegemony, may push them into an undesirable trap where war will become inevitable. However, his pragmatic analysis states that during the last 500 years, out of 16 such flare-ups, 12 resulted in war and 4 ended up in a negotiated settlement. That’s where the profound guidance for future international political discourse lies. As suggested by Graham Allison’s book, a better understanding of each other’s strategic aim and focusing on domestic challenges to be central to any negotiation and critical to any long-lasting peace. This article tries to juxtapose theoretical underpinning to the relationship between the USA (ruling power) and China (rising power) and further highlights the anomalies and aberrations, the present world order entails.

John Mearsheimer, American Political Scientist and IR Scholar is a structural ‘offensive’ realist. He advances the idea in his book, The Tragedy of Great Power Politics (2001)’, that it is an anarchical international structure which forces a player in the system to maximise power because there is no certainty of how much power is required to ensure survival (or security). China currently has roughly 290 nuclear warheads whereas the USA possesses roughly4480 nuclear warheads. Despite this staggering gap, the USA under Trump administration is mulling to conduct a nuclear test ending the decades-old moratorium on the pretext that China and Russia are conducting low yield nuclear test. The figure and the pretext are self-explanatory of the above thesis.

Mearsheimer talks about the hegemon and a potential hegemon. According to him, there can be only regional hegemon and it’s virtually impossible to get a global hegemon. The USA fits as a regional hegemon in the western hemisphere. As suggested by Mearsheimer, a hegemon would try to avoid peer competition by engaging great powers of other regions to get themselves pre-occupied in their own regional conflicts rather than challenging the hegemon. USA’s increasingly compatible defence cooperation with India can be seen in this context. To substantiate this point, India-US economic ties are marked by a great degree of fluctuation such as removal of GSP benefits, alteration of H1B visa norms, Trump’s outright accusation of India as ‘a tariff king’, threatening India with repercussion if she does not alter rules for exports of Hydroxychloroquine etc. At the same time, India and the USA are going through a honeymoon phase in defence cooperation. The USA declared India, a Major Defence Partner, thereby enhancing defence cooperation further. India has already signed three of the four foundational defence agreement ie GSOMIA, LEMOA, CISMOA (BECA, not signed yet). National Security Strategy (NSS) 2017 clubbed China and Russia as ‘revisionist state’ while for India it states, “We welcome India’s emergence as a leading global power and stronger strategic and defence partner”. Juxtaposing this bilateral engagement into larger theoretical context discussed above, China, being a regional hegemon, creates a security dilemma to the USA prompting her to engage with a potential hegemon, India, in order to create a more complex situation within Asia, so that China remain preoccupied in Asia itself.

In Mearsheimer’s conceptualisation, each state (or at least each great power) is a revisionist state and a great power try to expand only when a propitious opportunity arrives considering cost-benefit analysis. China embarked upon the path of a developmental sprint with Deng Xiaoping’s transformational economic reforms in the late 1970s. He gave the call, ‘hide your strength, bid your time’. Almost four-decade down the line when China was posed to challenge the superpower, President Xi Jinping, at 19th CPC 2017, declared its global ambition through a statement, “the political system of socialism with Chinese characteristics is a new choice for other developing nations seeking to grow economically while maintaining their independence”. Before this, the USA, a hegemon, saw the moment after 2nd world war, when all great powers were devastated, as the most propitious to showcase and establish Liberal International Order through United Nations and Bretton woods twins. Considering India’s capacity and global economic churning accentuated by Trade war, COVID-19 and a legitimacy crisis with China (due to initial ambiguity with the origin of Coronavirus), this can be said to be a propitious moment for India to launch her developmental sprint.

John Ikenberry, professor at Princeton University, talks about ‘Liberal Internationalism 3.O’ but before that he discusses the crisis emanating from Liberal internationalism 2.o (world after 2nd world war). Rise of unipolarity after the fall of USSR, left countries with much less bargaining power and the USA with unhindered power pursuit. With the rise of China and realisation of ridiculous US dependence on it along with above point mentioned pushed the USA into an ambiguous trail of unilateral decision making. Farid Zakaria, an American Journalist, in his book ‘The Post American World’, argued that in the international liberal world and spread of democracy has allowed other countries to compete with the USA in terms of cultural, economic and industrial (other than a political and military domain).

All these theories (emerged after 2nd world war) which operate under the larger banner of Liberal International Order are currently under crisis due to various international developments and factors. Firstly, the international system which was sponsored and backed by the USA, supported by United Nations and Bretton Woods twins and mandated through democracy, trade and international institutions seem no longer faithful to the creators and hence being abundant. For instance, WTO’s dispute settlement body could not be framed, UNESCO being starved of the fund, questioning NATO and its member’s commitment and very recently USA’s freeze its WHO funding questioning the very essence of a world body. Election of Donald Trump in 2016 set in motion long trail of protectionist and exclusionary policy militating against LIO. Coercive diplomacy through tariffs, sanctions, building a concrete border wall, his stance on immigration and his extremely transactional outlook towards globalisation are all seems antithetic to LIO.

To end this article with an observation, in a debate over ‘Has China Won’, Kishore Mahbubani, Singaporean diplomat and academician, points that South-East Asian region which is traditionally under US security umbrella is also seriously entangled with China in terms of economic arrangements. If security is paramount for Mearsheimer, the economy is an important link for day to day survival.