A Gendered Approach to Policy Making: Quality along with Quantity 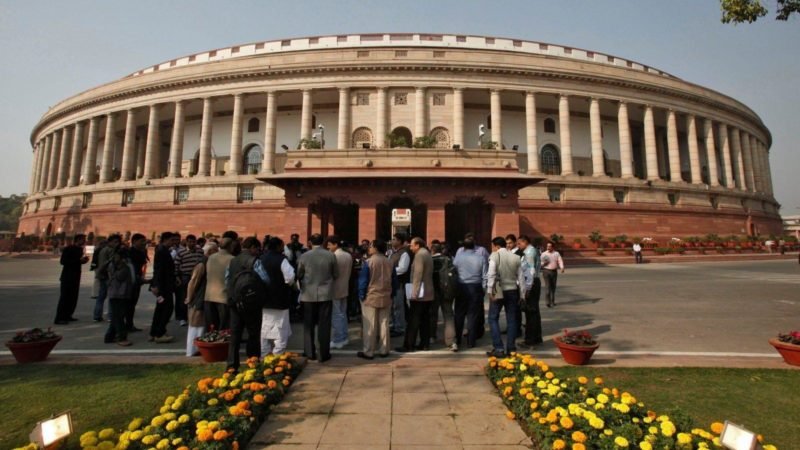 Women’s representation is poor in several spheres: the World Economic Forum (WEF) Global Gender Gap[1] Report 2020 estimates it will take 99.5 years to close the gender gap across sectors, which includes politics and political participation. Although there is an improvement in the number of women in politics from previous years, percentages remain low – 25.2 per cent in lower houses of parliamentary and 21.2 per cent in ministerial positions.

In most countries, reservation through a quota system serves as the primary approach to increasing the number of women representatives. In India, where women representatives make up only 14.36 percent of the Parliament, the proposed introduction of the Women’s Reservation Bill 2008, currently pending in the lower house of the parliament, promises 33 per cent reservation for women in the Lok Sabha. However, will increase the number of women change the decision-making outcome?

In my opinion, affirmative action is a good starting point for India, however, it is not enough to bring about long-term change: we must also work in a consistent manner towards the conditioning of an environment that allows for diverse voices to enter the space, thrive and contribute as equal decision-makers. This entails investing in both the training of female political candidates, as well as preparing the social environment such that these candidates are weighed on their merit and as equals to their male counterparts.

Reservation for women in local governing bodies has existed in India since the 1990s. The 73rd Constitutional Amendment (1992) ensures one-third seats in local governing bodies are reserved for women. This policy has had both positive and negative outcomes. On the positive side, it is observed that women leaders add to the upliftment of society, making decisions different yet complementary to their male counterparts.  In Vitner village (Jalgaon district, Maharashtra) for instance, a nine-woman led panchayat elected in the early 90s was successful in actively pushing for women’s co-ownership of family property, increasing schooling capacity, increasing infrastructural facilities for water, electricity, public transport as well as public toilets.

On the negative side, reservation exposes the deep vulnerability of Indian society, resulting in the policy being misused or rendered largely ineffective. Women elected under the quota are often absentee leaders and thus ineffective: some face restrictions from family members on participating in economic activity and/or spending time outside of the house, others, having never ventured outside of their houses, have little interest or motivation to take on difficult decision-making roles. For example, a study conducted by Sudha Pai in 1998 found that most elected women panchayat members in Meerut district, Uttar Pradesh, stood for elections under family pressure, and many were dependent on their husbands for decision making due to their ignorance regarding the functioning of the panchayat.

Even where women have had the courage to break stereotypes, they often receive derogatory treatment of a nature very different from attacks on their male counterparts. These attacks are more personal, with intimidations and threats directed to their life or violations to their body. The aggression can also be observed on modern, social media platforms. Amnesty International in a recent study found that 1 in 5 of the tweets directed at women politicians in India on Twitter, were either problematic or abusive, showed sexism or misogyny. The process of changing mindsets is difficult, uncomfortable, and conflict-ridden, yet necessary for us to make progress.

Making larger ecosystem changes is a challenging task, to speed up the process for India, beyond simply reservations and numbers, firstly, there is a need to create greater awareness amongst target groups. Organizations such as The Hunger Project in India, have had considerable success training elected women leaders at the village panchayats level in some states.

Secondly, an enabling environment plays a crucial role in empowering women leaders. In the case of Vitner Village, for example, the Mahila Aghadi – the women’s wing of the Shetkari Sanghatana (farmers union) – helped lay the ground. They prepared not only the women that stood for elections but also the larger community, by engaging elders and pivotal members of the community over a period of a few years.

Thirdly, political parties may alter internal structures, to nurture and train women for leadership positions. All this, of course, will not be enough, and a much more concerted effort is required to not only integrate diverse actors but also look at solutions basis the unique context of individual states in India. Creating this diversity in thought and leadership could lead to more creativity in the solutions we put forth for tackling the emerging problems in an increasingly unpredictable future scenario.

[1] WEF defines gender gap as the “difference between women and men as reflected in social, political, intellectual, cultural, or economic attainments or attitudes”

Priyanka Bhide is the Founder Director at Kubernein Initiative