Recycling the Globalisation for a post-COVID World 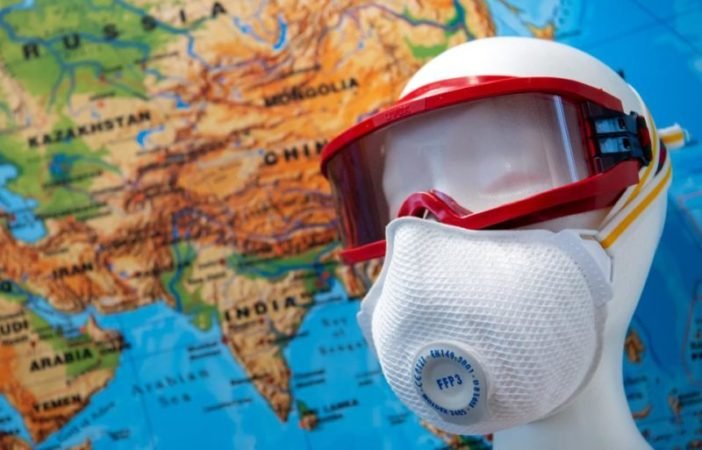 In a generic term, Globalisation envisages a border-less world and pictures the world as a global village. It may be attributed by an accelerated flow of goods, people, capital, information and energy across borders. This all has been maintained to ease the life of the people.

But now, things have been changed. No one would have ever imagined about a pandemic of this extreme mortality rate arrive one day, resulting in the dismantling of rigid structures formed in course of many long years. As Friedman did not tell about the time frame for the Globalisation 3.0, it is now speculated that we have reached that limit. Now, Globalisation 4.0 is waiting to welcome us. We have to search and find out, what will be norms of this new wave of globalisation.

Globalisation has been dominating the world’s economic order from the last three decades (1990-2020). Trade without tariffs, international travel with easy or no visas, capital flows with few impediments, cross-border pipelines and energy grids and seamless global communication in real-time appeared to be the goals towards which the world was moving very high speed.

Discussion over the future of globalisation has been in light of academia for a very long period. Globalisation may be good for many as it lifts people out of poverty, creates opportunities, spreads vaccines and medicines, jobs and finance. That is one of the reasons how Asian countries like China and India led the growth scale at a larger level. From a less developed nation to compete for the developed ones.

But globalisation has an ugly side as well. Responses to Covid-19 has already tarnished many stringent thoughts about globalisation. The outbreak of coronavirus reveals though the problem may be global, response efforts to contain the pandemic predominately undertaken by countries were more de-globalised.

International institutions, which once considered as the torchbearer of globalisation have lacked resilience and preparedness. The World Health Organisation (WHO) has been considered a legitimate source for information on new diseases. This ‘globalisation of public health’ was promoted to establish both surveillance and monitoring mechanisms to produce early warning systems. But this time it has failed miserably.

When this pandemic was taking away the lives, WHO was busy in improving the image of a country where this coronavirus first emerged. WHO was continuously propagating many misleading facts till mid of January 2020, “Novel Coronaviruses emerge periodically, as we have seen SARS emerged in 2002 and MERS emerged in 2012. Several known coronaviruses are currently circulating in animals that not yet infected humans” despite knowing the fact that people were started collapsing in Wuhan due to corona. And even WHO further said that “WHO does not recommend any specific health measures for travellers to and from Wuhan”. These things clearly indicate the irresponsible behaviour of the WHO. However, that’s a matter of investigation that who was directly involved in the conspiracy.

The fuel for running the present world comes from trade. Trade as a percentage of global GDP rose from 39% in 1991 to 61% in 2008 but has stagnated over the past decade. Similarly, personal remittance flows, previously on the rise, later on, flattened to around 0.75% of global GDP.

But, it has been speculated by the World Trade Organization (WTO) itself that global trade after the pandemic could dip as much as 32%, indicating the dismantle of the projections promised by globalisation.

This dismantling has already been in process from a long period and sometimes even shown in many steps taken by various countries. This got reflected in Brexit, America First Policy, Make in India and recent trade wars initiated by China. The visa restriction policies of the USA, rising cases of racial attacks in countries like Australia are some the other examples.

A process of ‘slowblaisation’ already started way back when countries realised that this new competition is ultimately going to give them a loss. Whether, it be the net international energy trade, which stood at 1.5 billion tonnes of oil equivalent in 1990, swelled to 2.5 billion by 2008 but then grew only moderately to 2.8 billion by 2018.

We are going towards a new normal now. As in the case of Covid-19, the experts have already warned that we have to learn to live with the virus. So, same is the case with globalisation. We need to make structural changes in the ways that globalisation has been understood until now. We have to accept that Globalisation 3.0 has now ended. It is the start of Globalisation 4.0, where a lot will be new and more challenging than the previous one.

There are lessons from the past when the world was hit by the economic recession in 2008, trade dipped by almost 10% in 2009 when there was a 3% decline in global GDP. But when things get on track and there was a boom, trade grows much faster than GDP.

So this is not the time of getting pessimistic. This is a time when we need to think. How to protect, what we are left with. Otherwise, nothing will vanish away. Motivation is a key player. Every disaster comes with a lesson. Here the lesson is about over-dependency. Countries need to self-sufficient with space for others to survive with full dignity. This is how the principles of Globalisation 4.0 will be decided.