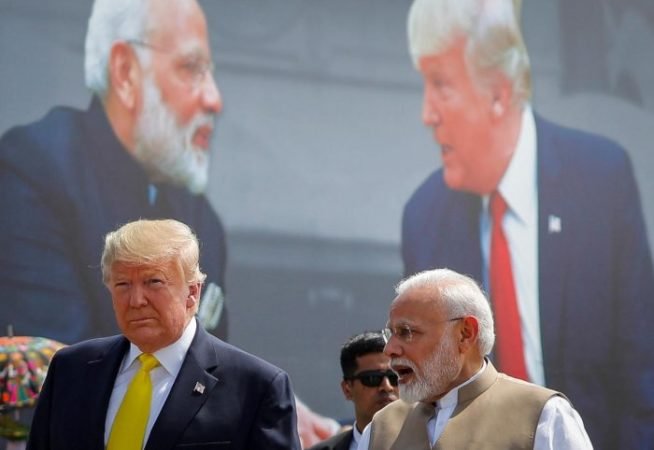 India being the densely populated democracy in the world with the 1.3 billion populations, it has been a mammoth task to control the spread of COVID-19 pandemic.  However, India has performed relatively well in controlling the pandemic in comparison to many developed countries. The governments, both central and the states have taken prompt decision to impose social distancing and lock-down with a proactive approach. It has saved many lives and controlled the virus spread in a prompt way.

A couple of months ago nobody had ever thought that a pandemic of this severity would be standing in front of us. The Current scenario, however, requires pragmatism, innovation and a humane approach. There has been a demand of a leader who can understand the gravity this situation of a pandemic and act so.

It is a basic human nature when we face a difficult situation we freeze, flee or fight. Right now world leaders are facing a situation which comes once in a Millennium. Some leaders are freezing, some are fleeing and some are fighting. Apparently the most important thing is survival in the current situation. Every country first needs to survive then they can only rise once again. The current scenario is not demanding leaders to take the perfect decisions but asking for small survival decisions.

India had started handling the pandemic with step by step decisions under the leadership of our Prime Minister Narendra Modi. Before the first Lockdown, PM Modi’s Janta Curfew helped to create awareness among the citizens. After the application of the first lockdown, PM Modi has been constantly improving the rules and norms of lockdown; constant adaptation and strengthening the state and local governments to fight the global pandemic; coming with the required ordinance; surviving on daily plan bases and most importantly deciding to extend the lockdown with the opening of essential service, he is trying to make everything correct.

PM Modi’s approach towards pandemic has some basic mantra which made him more acceptable and popular among the people.

Calmness: PM Modi has addressed the nation several times in these crucial circumstances and when he appeared on national television to address the nation, with his presence, he conveyed the message of calmness. His behaviour and speech were always poised and sent the message clearly to the nation that under his leadership people are able to defeat this pandemic. He used the ‘clap of appreciation’ for frontline workers on the day of Janta Curfew and again asked the nation to ‘light the diyas’ for integrity. These acts have circulated the indirect message of unity and maintaining the calmness among the population to fight this health emergency.

External Relations: When most of global leaders are palpable across the world Modi has been one leader who’s perfectly synchronizing is domestic requirements and global responsibilities with limited resources. Even with population, the pressure over the Modi government is scaling up as people are relying a lot over the government policies and efforts. But he is still committed towards balancing out his responsibilities on the international and domestic front. He regularly updating on social media about his conversations with the different head of the state/government.

A recent study conducted by USA-based Research Company Morning Consult has revealed that approval rating of Indian Prime minister had been improved in the period of January till 15th of April 2020. According to the report shared by Forbes, PM Modi has a net approval rating of 68 up from 62 at the beginning of the Year. Fascinatingly Modi’s popularity rose during the pandemic is highest among all global leaders, as suggested by the report.

Morning consult’s report expressed that among all ten countries surveyed, Japan’s Shinzo Abe has the lowest rating with 33 negatives and major declines in net approval. Other leaders that have seen deterioration in their popularity include USA President Donald Trump and Brazil’s PM Jair Bolsanaro.

These three leaders have been strongly criticised by the respondents for the handling of COVID-19 pandemic. Donald Trump has been especially criticised for cutting the funds of WHO in this current emergency of health.

Contrary to this PM Modi has been appreciated by WHO for his efforts and pro-active approach to handling the pandemic with lockdown in the second stage only for 3 weeks and further extended to more 3 weeks. The Indian government has been praised by WHO director-General Tedros Adhanom for economic stimulus plans worth $22.6 Billion announced after the lockdown for disadvantage people.  PM Modi’s declared free food rations, cash transfer to poor women and free cooking gas for household for the next three months to fight the Coronavirus pandemic.

Recently Bill Gates has written a letter to PM Modi applauding his leadership in handling the COVID-19 crisis and the measures that his government has taken to stop the spread of coronavirus cases in India, The Microsoft founder said, “We commend your leadership and the proactive measures you and your government has taken to flatten the curve of the COVID-19 infection rate in India”. He also praised India Government for utilising its digital capabilities, such as launching the Aarogya Setu app digital app.

The state governments have been also playing a very strong role in the control of pandemic. With our PM Modi, many other national and state leaders have also played an imperative role in managing COVID-19 scenario. We cannot even deny the support of CSOs/NGOs form doings a real work in providing the food, shelter and other necessities to indigent people of the country. There are certainly some mistakes in planning and shortcomings in execution but the need of the hour is a survival only. Critics will find things to criticize as they should in any democracy but PM Modi’s role in managing this crisis so far is commendable.