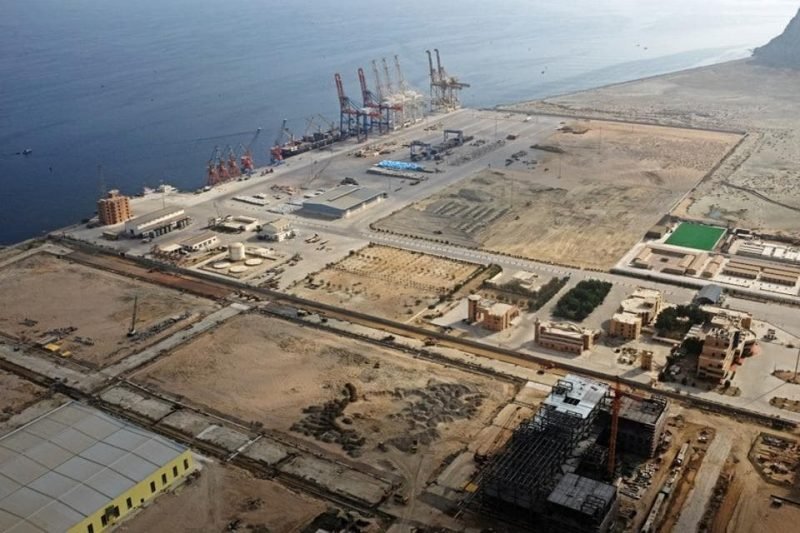 People’s Liberation Army Navy (PLAN) mulled over Gwadar as Kosher of all the operating bases in carrying out economic ventures from the Middle East and Africa. Providing China with strong diplomatic rights, Gwadar became the ‘jewelled crown’ of Xi Jing Ping’s government. Strategically important to the military, Gwadar is cited to be the crucial nodal point comprising foreign ports with economic zones that are regulated by Chinese corporations, which can be an alternative headquarters to PLAN. Gwadar is providing Chinese forte to expand its grid of supply chain, logistics and communications, military intelligence centres with high acclimatization between government officials, state-owned projects and private corporations to lay down the foundation for several government initiatives. Addressing the fault lines of Asian geopolitics, China’s diplomatic moves through One Belt One Road (OBOR), China-Pakistan Economic Corridor (CPEC) and Gwadar Project have leveraged Beijing’s military control strategically over these regions.

Why is Gwadar important?

With Xi Jinping’s party coming into power, Chinese naval power became pleonastic with the idea of emanating a ‘blue water navy’ for “Near Sea Defense, Far Seas Protection”. Beijing has set its sights on gaining control over the Indian Ocean through China-Pakistan Economic Corridor (CPEC) and stabilizing the threat of Islamophobia in its western frontiers. Situated just 400 kilometres away from the Strait of Hormuz, Gwadar’s cardinal position has driven China to heavily invest since 2002. Accentuating Gwadar as an “exit to the sea”, CPC has tried inter-connecting and securing the Chinese flow of goods and oil through pipelines, ports, roads and railways. Gwadar remains unproductive most of the years, yet China Overseas Ports Holding Company, Pakistan (COPHC) reaps the benefit of 91% of the total revenue generated, guaranteed under Article 38 of the National Defense Transportation Law. The Chinese ruling government feels a dearth of increased security and protection for its assets, people and projects all across the globe. For PLAN ships to navigate their course from Gwadar to its bases in the Persian Gulf, the duration is longer, which urged the pressing need to set up the military base at Djibouti to enhance prosperous logistic and operational movement.

Threats from Gwadar in the Long-Run

The strong bilateral relations between Pakistan and China favours military engagements and boosts economic trades. Stationed at Gwadar is PNS Akram along with Task Force-88 and Pakistan Maritime Security Agency which solicits cooperation in all forms with COPHC and PLA to aid and protect Chinese expeditions in the Middle East. Beijing has reiterated Karachi’s importance in holding bilateral exercises and joint military covert training.

The Chinese occupation provides the CPC with ‘deep berthing’ rights which further paralyzes Pakistan’s control over its territories apart from freezing its economic assets. India’s trade and military threats are likely to increase given China’s policies of expansion and diplomatic annexation. Violating India’s sovereignty, these projects channelized their foundation through the disputed areas of J&K, which unveils China’s existence permanently in the north-western frontiers. China has been setting up military commands in the Afghan-Tajik border, Skar-du airbase in POK and POK – Xinjiang to provide assistance and re-equipment during any war with India.

Baluchistan’s role in the Gwadar project is preeminent. With human rights abuse and encroachment in the sanctity of Baloch people, bilateral strengthening of militarization in the region is on talks to put the kibosh on the rebel movements led by Baloch Raji Ajoi Sangar (BRAS) and Sindhudesh Revolutionary Army (SRA) against occupation by Pakistan and China. With the signing of the Karachi Coastal Comprehensive Development Zone (KCCDZ) agreement, it is likely that the Karachi port will be heavily monitored and patrolled by Chinese troops, to withstand any incoming threats coming from the Indian subcontinent. China-Pakistan Health Corridor (CPHC) aims to intimidate India along with countries in the Arabian sea as Gwadar is pertinent to the disposal of bio-medical and nuclear waste into its waters. Adhering to the strict vigilance, safeguarding and inspection, the joint patrolling by Sino-Pak forces violates rules laid down by UNCLOS.

Pakistan is in a labyrinthine strategically with 27.4 per cent debt to China. The current falling out between the Pakistan Army Chief and Prime Minister Imran Khan has given the Indian subcontinent to prominently call to attention the issue of Baloch nationalism at an international level. A paramount step that can neutralize the overt ambitious game plans of China and Pakistan, create potential military dominance for India and provide a separate long-lost identity to the Baloch people.

Increased militant attacks and insurgency exercises possess threats to Chinese nationals in the region. The diplomatic foreplay has become more complicated with global superpowers like China, Russia, the USA, India, Iran, Pakistan operating heavily in the region. Any friction in the violation of individual national interests is likely to spur into a conflict. Therefore, India should hold a much more sustainable futuristic outlook to mitigate security threats apart from knocking down Islamabad from time to time. With its approach towards China, India should catapult Beijing with the Malacca Dilemma by strengthening its diplomatic ties with Singapore.