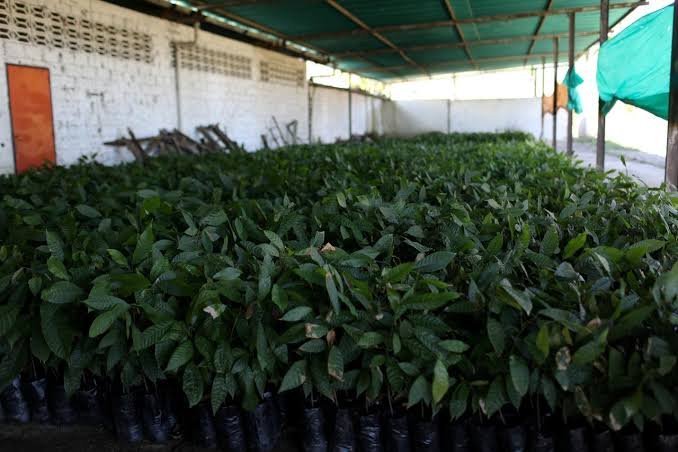 Venezuelan citrus farmer Carlos Romero for years struggled to find the fertilizers and pesticides he needed to keep his fruit trees healthy amid chronic product shortages, or was unable to afford them because of hyperinflation.

By 2018, his worst fears had come true: his 135-acre (55-hectare) farm was infected with a crop disease known as citrus greening that left his 40,000 lemon and orange trees producing fruit too small and bitter to have any market value.

“They’re almost all dead,” said Romero, 64, who has spent 25 years in the citrus business. “Some of them are half-alive, but they’ll die.”

Already struggling with a growing malnutrition crisis, Venezuela is also facing a rise of crop diseases that threaten to further weaken the country’s food security.

From commodities crops like coffee to staple foods such as rice and potatoes, farmers face a growing risk of crop failure for lack of basic agricultural inputs. Many agronomists capable of detecting diseases have emigrated.

Venezuela’s potato production in 2019 dropped by nearly 30 percent from the previous year, according to figures from the agronomist’s trade union, a decline that coincided with the increased prevalence of a pest known as the Guatemalan potato moth.

Rice production dropped by nearly 50 percent last year amid increased infection of the “rice mite,” which leaves rice stalks empty of their kernels, according to Venezuela’s rice growers’ industry association.

While crop diseases have always been a risk in Venezuela’s tropical climate, farmers for decades had been able to reliably control them by fumigating for mosquitoes and fungi that carry vector-borne diseases like greening.

For many years, such chemicals were unavailable due to chronic product shortages. Availability improved in the last year as the government relaxed price controls, but they are still unaffordable for the vast majority of farmers amid inflation above 7,000% in 2019.

A deterioration of Venezuelan food production would further worsen an already dire nutritional panorama in which at least 21 percent of Venezuelans are hungry or underfed, according to the United Nations, with children among the most affected.

That could in turn fuel the migration crisis that has pushed nearly 4.5 million Venezuelans into nearby countries since 2015, equivalent to more than 10% of the population.

The information ministry did not immediately reply to a request for comment.

The country’s agricultural sector has been in decline since late socialist leader Hugo Chavez began expropriating farmland in the mid-2000s. As the economy spiralled downward under his successor, Nicolas Maduro, crops got weaker and pests became more abundant.

Experts have already warned about the threat of crop fungus attacking plantains, a crucial source of carbohydrates in Venezuela’s increasingly starch-heavy diet.

Farmers say they lose crops without ever knowing for sure what pests infested them because of the deterioration of state-run laboratories.

The labs suffer the same problems as the rest of the country – power outages, lack of running water, and shortages of vehicles and fuel that prevent agronomists from getting into the field to do research.

Coffee farmer Vicente Perez, who is also a director of agricultural trade group Fedeagro, says there is still no confirmation of what diseases are affecting coffee crops, which are believed to be plagued by coffee leaf rust.

Though many farmers hope a change in government will lead to improvements in agriculture, Perez says that won’t be enough.

Even if “there is a change in government, recovering from all these pests and all of these other things is going to be very difficult,” said Perez.