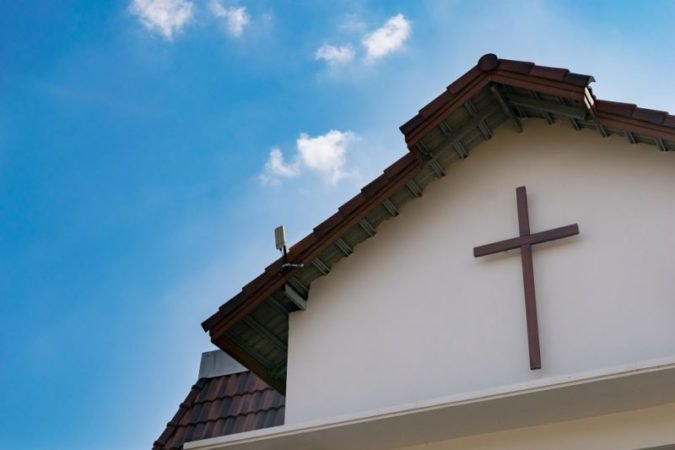 What does it mean when churches, synagogues, mosques and temples close because of a health emergency? How do religious communities continue worship and community events online and is there a risk that people will lose their faith if they think God has “cursed” the world with an epidemic? Duncan Bartlett reports on how a church in Hong Kong is responding to coronavirus.

Walter Ho Yam Lam helped lead a congregation through an epidemic once before. In 2003, when he was a young pastor, his home city of Hong Kong was hit by an outbreak of SARS – severe acute respiratory syndrome – and more than 280 people died.

“We know these are difficult times,” says Walter. “But we aim to encourage people. We say it will be over, one day.”

As with Coronavirus, the SARS outbreak reached epidemic proportions quickly, leaving the Hong Kong authorities unprepared. Mainland China was even harder hit, with more than 300 reported deaths in provinces and cities including Beijing, Shanxi, Neimonggol, Tianjin and Hebei.

“I remember SARS struck a huge blow to Hong Kong. This time it seems the virus is even more serious and the effect is global. But SARS only lasted a few months,” notes Walter, the assistant chaplain at Chung Chi College Chapel, on the campus of the Chinese University of Hong Kong.

By late March 2020, there were some slight glimmers of hope from China. The authorities had partially lifted the restrictions on the movement of people and there had been a pick-up in business activity. But in Hong Kong, schools, colleges and most churches remain closed.

Walter’s chapel is housed in a large building on a university campus, with seating for around one thousand people. The Sunday Service is normally conducted simultaneously in Cantonese, Putonghua and English.

A few worshippers continue to attend in person but those that do try to keep a safe physical distance from each other to avoid contagion. Some people come to the chapel because their own churches have suspended physical meetings. The worship service is also streamed online.

“When you are in the chapel, there are lots of religious symbols: the cross, stained glass windows and so on. If you’re watching from home, it’s not the same. You’re only looking at a screen,” notes Walter. In addition to the Sunday service, fellowship groups continue online, via Zoom and WhatsApp, providing people with interaction and support.

Online and offline, the core message is the same: “Faith, hope and love.”

“We encourage people to keep a sense of perspective. We’re asking how we can sustain ourselves as a church and as a society during these difficult events,” says Walter.

As with the SARS epidemic, coronavirus has a profound impact on the social, economic and political environment in Hong Kong. Walter believes the lessons learned from SARS helped prepare the city better than other places for a second health crisis.

Yet with businesses closed and tourism halted, unemployment has risen. The political atmosphere in the city was already volatile, following months of protests directed at the Chinese government in Beijing. On some occasions, Christians in Hong Kong led the protesters in chants of “Hallelujah” – a direct challenge to China’s Communist ideology.

The Communist Party presents the lockdowns and restrictions as part of a “people’s war” against the virus and claims that its strict system of government is more effective than liberal democracies in responding to a crisis.

Most Christians in Hong Kong try not to let politics to govern their spiritual lives but they do sometimes face challenges from non-believers who ask them if coronavirus is God’s fault.

“In our chapel, we don’t teach from that perspective,” says Walter. “Maybe some people claim God is to blame but we don’t say that. Our Christian faith teaches us that life is very important. So we say survive, keep going, find spiritual strength. This will pass and we will have the opportunity to meet again.”

Services in the chapel follow the lectionary of the Christian church, which suggests weekly readings from the Bible. Each spring, the focus is on the season of Lent and the events leading up to Christ’s death and resurrection. Many Christians now see new meaning in the sacred texts.

Walter notes that traditionally, the church encourages a period of fasting and denial during Lent. “When we have to stop things, such as university or work, it gives us an opportunity to pause and consider what is important to us. But we know in our hearts that Easter will come,” he says.

Duncan Bartlett is the Editor of Asian Affairs Magazine and has reported from Hong Kong for the BBC World Service. He is a Deacon at Bloomsbury Central Baptist Church.