US – Taliban deal and its sum for India 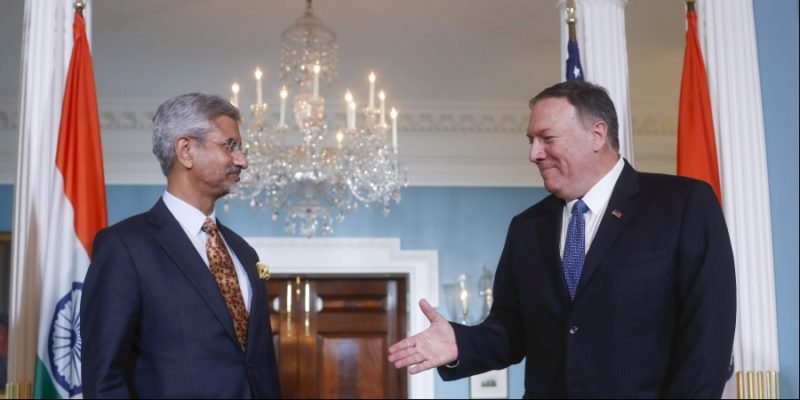 “As a contiguous neighbour, India will continue to extend all support to the Government and people of Afghanistan in realizing their aspirations for a peaceful, democratic and prosperous future where the interest of all sections of Afghan society are protected,” MEA spokesperson Raveesh Kumar.

The United States of America recently signed a landmark agreement with the Taliban insurgents in Doha that could pave the way towards a complete withdrawal of foreign troops from Afghanistan and ending the USA’s eighteen years-long war.

The deal was signed by U.S. Special Envoy Ambassador Zalmay Khalilzad and former Taliban deputy leader Mullah Abdul Ghani Baradar. Under the agreement, the US would draw its forces down to 8,600 from 13,000 in the next three-four months, with the remaining US forces withdrawing in 14 months. The complete pullout would depend on the Taliban meeting their commitments to prevent terrorism, including specific obligations to renounce Al-Qaeda and prevent that group and others from using Afghan soil to plot attacks on the US or its allies. The gaps and inconsistencies between the two governments ad to the confusion clearly stating two facts – First, the USA is on its way out and Second, this does not ensure peace for the Afghani people.

A re-labelling of this withdrawal became necessary because a superpower cannot afford to lose war in the election year and as General Mattis puts it “The USA doesn’t lose wars, it simply loses interest”. The same thing happened during the US – Vietnam war when the then US President Richard Nixon and the National Security Advisor Henry Kissinger completely withdrew from Vietnam in return for the release of US prisoners of war and a ceasefire lasting a decent interval of time. To win his re-election, Nixon had promised an honourable peace and delivered a delayed defeat.

A three-way negotiation ensued with the Taliban. First was the Doha track with the Taliban; the second was with Islamabad/Rawalpindi and the third was with Kabul to ensure that the Afghan government would accept the outcome. The dice were loaded because Taliban and Pakistan negotiated as a team. Mr Khalilzad knew full well that he was not negotiating an Afghan peace deal; he was negotiating a “managed” U.S. exit. The timeline too was clear. U.S. President Donald Trump had repeatedly declared that “great nations do not fight endless wars”; his re-election is due in the fall of 2020. Within 24 hours of the much-publicized deal, violence and major disagreements about the deal began erupting in Afghanistan. Given that the Taliban negotiated from a position of strength, the Trump administration from weakness and little political will, and that the Ashraf Ghani administration in Afghanistan was by and large a clueless bystander in all of this, means that the country is perhaps on the verge of yet another long-drawn-out and internecine battle.

The only state that seems to be at the losing end of this deal is India because today’s Taliban does not share the same onus with New Delhi. New Delhi put all its eggs in Ashraf Ghani’s basket adopting a puritanical approach to the Taliban – neither reaching out to Taliban nor exploiting the fissures within it. As India takes a moralistic approach by engaging only with the legitimate state governments, India’s relations with Afghanistan will take a hit in the immediate aftermath of the deal. India will not be to able to influence the region’s political and security outcomes after the US’s withdrawal. New Delhi’s official statement which describes Afghanistan as a “contiguous neighbour” — meaning that India considers Pakistan-occupied Kashmir (PoK) a part of its sovereign territory — will make Pakistan and China sit up and take notice. India’s biggest worry is that in the 21st century Taliban mass murdered its opponents into statehood and it might provide potential motivation to other religious outfits in the region. Unless India carefully envisages a counter-strategy, such factors will push India into a geopolitical tough spot in the region evidently making it unfavourable to us.