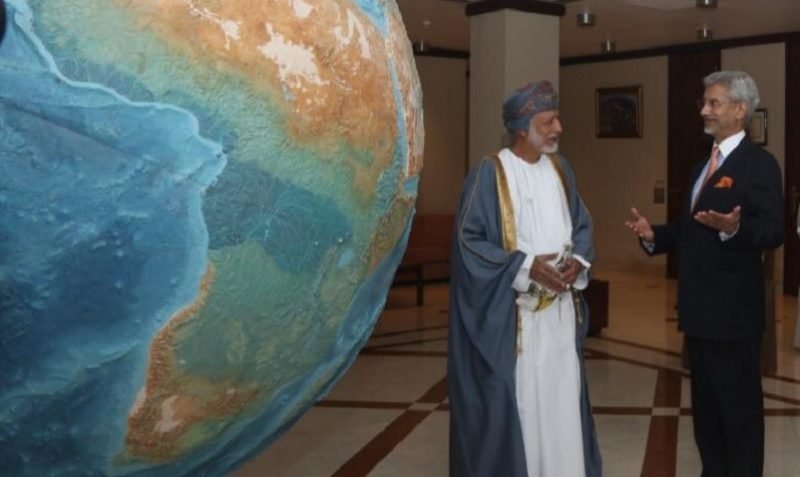 The two countries have been strategic partners and Oman is regarded as one of the closest allies of India at the Gulf Cooperation Council (GCC). After 2014, under the leadership of PM Modi, the relationship between India and Oman escalated due to Modi government’s ‘Act West Policy’ which called for stronger and strategic engagements with the Middle East.

The visit led to an agreement being signed between the two countries to enhance corporation in the field of maritime goods and transport. The deal aims to stimulate growth in maritime navigation and promote the relations between their companies and institutions on shipping and maritime transport, the statement read.

Historically, Oman has had crucial importance in maritime trade. They imported Timber from India and exported to other Gulf regions of Aden. This agreement is important for India as it’s the first with any Gulf nation which enables India to expand its footprint in the western Indian Ocean, the Persian Gulf and East Africa.

India is among Oman’s top trading partners with bilateral trade reaching $6 billion in 2018-19. It was the second-largest importer of crude oil from Oman last year and more than 800,000 Indians live in Oman, sending back over $3 billion annually in remittances. India, an emerging economy is stepping in the Middle East and the western Indian Ocean to expand its footprints in the global economy.

Omar’s Ambassador to India said that the bilateral maritime pact would have a “far-reaching impact” on stability in the Arabian Gulf. India is pursuing policies and agreements with countries which would help India establish the global agenda.

India’s assertion in the Gulf nations could be contributed to China’s acceleration in the region. Due to Beijing’s One Belt, One Road (OBOR) initiative in the Middle East. China’s endeavour within the Duqm Special Economic Zone (SEZAD) is important for Oman’s quest to diversify its economy however recognizing the growing relations with Oman, India held series of visits by Prime Minister Narendra Modi in 2018 and finalized an agreement to get New Delhi’s access to the Duqm Port making India challenge Beijing’s footprints in the Indian Ocean. Both countries are considered as ‘economic clouts’ for Oman especially for its Vision 2020. However, all actors in the region have been successful in establishing the status quo.

Bilateral economic ties between the two countries have seen significant developments over the years. During 2018-19, bilateral trade was US$ 5 billion.  Understanding the value of India as an economic hub, Oman further invests its businesses in the region. It also opened its special economic zones for Indian companies. Both India and Oman acknowledge the importance of establishing strong bilateral relations with each other for getting a vital position in the Indian Ocean and diversifying its economy respectively.

The Indian community has been present in Oman for a very long time and continues to grow and prosper. On a visit in 2018, Prime Minister Narendra Modi called Oman ‘Mini India’. The Indian diaspora has played a very crucial role in strengthening India-Oman relations. Indian community make it the largest ex-pat community in Oman and have contributed to the development of Oman’s economy by working in various sectors.

However, with the withdrawal of Article 370 from the state of Jammu and Kashmir in India which granted autonomous status to the region, the GCC including Oman refused to give an official statement regarding this.
Similarly, with the Citizenship Amendment Act passed by the Indian Parliament gives citizenship to religiously prosecuted minorities of Pakistan, Afghanistan and Bangladesh excluding Muslims from the procedure. The Act has led to sharp criticism and nationwide protests against the Modi-led government for making the act unconstitutional and discriminatory against Muslims.

However, Organization of Islamic Cooperation (OIC) which Oman is a member state of released a statement expressing concern over the controversial citizenship amendment law. The statement came at the time when India’s Foreign Minister S. Jaishankar visited Oman.

No individual statements have been given by any of the members of the Gulf nations. This could be attributed to the fact that India holds strong bilateral relation with a majority of the member states especially with that of Gulf nations and that Modi’s India is considered an economic giant thus the strong bilateral economic relations that India holds with Oman and other GCC nations are extremely beneficial to these countries.

Due to India’s vast energy needs and demand for natural gas, South Asia Gas Enterprise (SAGE) is undertaken to build the Deepest Underwater Transnational Gas Pipeline undertaken by Oman and India. The history of this pipeline project goes back to the year 1985 when Oman and India signed an agreement to expand the development of energy-related enterprises between the two countries.

Also known as “Middle East to India Deepwater Pipeline (MEIDP)”, this will be a Gas Highway that will connect the Gas-Rich Gulf & Middle East regions to India, for the transportation of Natural Gas to secure India’s Energy Needs. This pipeline stands as an alternative to Iran-Pakistan-India pipeline after Pakistan backed out of this ‘peace pipeline’ due to threat of sanctions from the United States. The SAGE pipeline bypasses the exclusive economic zones (EEZ) of Pakistan.  Oman has also joined hands with India in the International Solar Alliance. India has also invited Oman to participate in building the strategic oil reserves in India.

Cooperation between both the countries in the energy sphere will help safeguard energy security.

For the two sides bilateral strategic engagement, especially in the areas of security and defence is extremely crucial. In 2005, Oman became the first country in GCC to institute a robust defence and security cooperation mechanism with India which was renewed in 2016. Oman acknowledges the opportunities offered under the ‘Make in India’ initiative for joint production of defence equipment in India and also for the procurement of defence material from India. With the opening of the Duqm Port, Indian navy gained access which is crucial for India to establish itself in the Indian Ocean and vital for addressing maritime security concerns.

The visit of S. Jaishankar was the first official visit to Oman after the new Modi-government took over in May 2019.  The visit was crucial for India to enhance its bilateral ties and engage with the nations in the Gulf region.