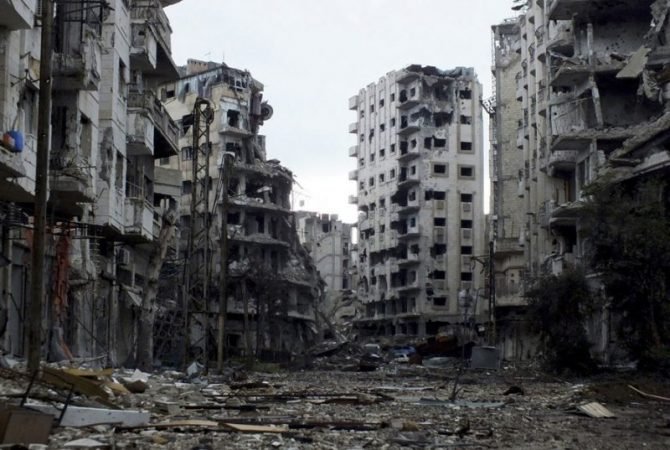 The 9-year-old war in Syria might have almost come to an end. President Bashar al-Assad who has mostly won, lost on the economic and social fronts, with around 90% of the country’s citizen impoverished, a huge currency collapse that fuelled riots in the streets of Sweida. Syrian Pound is now rendered as the weakest currency, to the extent that citizen of the country uses it to roll cigarettes.  Syria’s economy is in a meltdown; in less than a year, the Syrian Lira (also called the Syrian Pound or SYP) lost over 70% of its value against the U.S. Dollar while the prices of basic food items rose by over 100%, quotes the World Food Programme.

The COVID-related economic downturn dealt one more blow to an economy that was already in freefall, accelerating Syria’s decline toward a stage where the regime cannot feed even its own base, including members of the Alawite community, families of fallen soldiers, and public servants. Benefits are increasingly concentrated in the hands of the powerful elite. In a pattern that has repeated itself throughout the war, a small group of traders with connections to the regime and officials are profiting from opportunities afforded by the COVID-19 lockdown and panicked shoppers, while the rest of the population plunges deeper into poverty. The pandemic is just an addition to the range of factors that were contributing to the burden of an already free-falling economy. The hardships that Syrian’s are facing are results of primary causes, including chronic war, an implosion of neighbour – Lebanon’s economy and rampant corruption. Damascus was also forced to end the lockdown that it imposed to control the spread of the virus due to widespread hunger amongst its citizens who majorly depend on day labour to make ends meet. The state, riddled with corruption, is unable to address the economic crisis; the organs that would be expected to protect citizens from the predation of profiteers are an integral part of these schemes.

An estimated number of 80% of Syrians live under poverty and 80% of urban citizens depend upon credit to run their lives, according to the Syria Food Security Analysis, March 2020.

Cascading the problem further, the U.S. announced in the way of Caesar act, restricting further, which tends to punish everyone involving in business with the Assad regime. “Today we begin a sustained campaign of sanctions against the Assad regime under the Caesar Act, which authorizes severe economic sanctions to hold the Assad regime and its foreign enablers accountable for their brutal acts against the Syrian people,” Secretary of State Mike Pompeo tweeted.

The pain is just likely to grow under the new U.S. Sanctions, which Washington says an aim to punish President Assad and his top lieutenants for crimes committed towards the country’s conflict. Effectively, the sanctions prevent anyone around the world from doing business with Syrian bureaucrats or state institutions or participate in the war-ravaged country’s reconstruction. They also earmark people involved in smuggling to Syria, mostly from Iraq and Lebanon. The escalation of economic pressure on the government through the imposition of the Caesar Act this month will hinder cronies’ profiteering but also exacerbate the economic hardship Syrian civilians are facing. U.S. policymakers should present the Syrian leadership and its backers with steps short of regime change that could elicit a reduction in external economic pressures.

The repercussions have already been profound, with prices of essentials rising up by multiple folds. In the Idlib province consequences can already be seen, with prices of bread rising by 60%, that triggered social and political demonstrations in the province.

Countries like Iran and Kurdish authorities in Northern Syria slammed the newly imposed sanctions by the U.S., Tehran calls the sanction “Inhuman” and “would only exacerbate the suffering of Syrian People”. But, the chances of Economic recovery of Syria remains slim, despite military gains and foreign support.