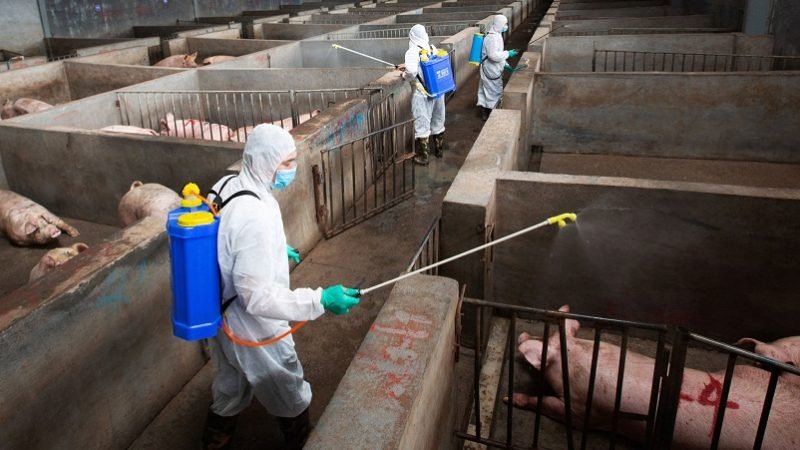 A new report from Bloomberg details how African swine fever has likely been exported to Russia. This could be problematic for Russia, due in part that if the hog-killing disease spreads, it could start wiping out large swaths of herds, as it has already done in China.

In the last several months, about 60 cases of African swine fever have been reported to Russian authorities in the Amur Oblast region in Russia, a federal district that borders China in the Russian Far East.

Dirk Pfeiffer, a professor of veterinary medicine and life sciences at the City University of Hong Kong, told Bloomberg that a cross-border spread between the two countries is likely underway. “Wild boar are very likely to now also be infected in northern China,” Pfeiffer said.

China has so far observed at least 50% of its herd this year wiped out from the fast-spreading disease.

Russia’s hog population in the Far East accounts for barely 2% of the country’s total hog population, which for now, could be contained.

Rosselkhoznadzor, Russia’s biosecurity watchdog, has been on guard for a cross-border spread since summer, there have been several reports of Chinse citizens attempting to sneak infected meat across checkpoints into Russia.

Andriy Rozstalnyy, an animal health officer with the Food and Agriculture Organization of the UN, told Bloomberg that once the wild pig population is infected with African swine fever, then the spread of the disease is virtually uncontrollable.

In the last month, 275 pigs have died, and 2,473 have been killed in the Amur Oblast region, a move spurred by authorities to limit the outbreak.

The cross-border spread of African swine fever, from China to Russia, is undoubtedly a significant cause for concern because now countries bordering China are being affected.

Meanwhile, the US is sitting on record cold storage of pork bellies, something that China and Russia might be interested in.