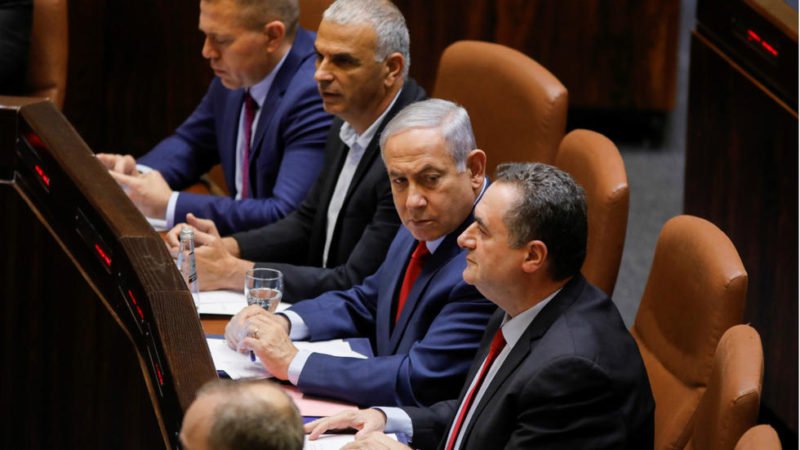 Executive Summary: The next Israeli government will have to make critical decisions on urgent security challenges stemming from multiple arenas simultaneously. It will also have to waste no time in securing the next defence budget.

Whichever Israeli government ends up coming to power will be faced with a set of urgent security challenges that are coming from a range of arenas all at the same time. Critical decisions on these challenges will be the order of the day for the PM and his security-diplomatic cabinet.

The fragile state of the current security situation was summed up on October 23 in a brief yet telling statement by IDF Chief of General Staff Lt. Gen. Aviv Kochavi. He said both the northern and southern fronts are tense and “might deteriorate to conflict, despite the fact that our enemies are not interested in war. The IDF has executed an accelerated preparation process.”

Kochavi identified the northern front as Israel’s top strategic challenge, which takes two forms. The first is the establishment of the Iran-led attack axis in Syria. The second is the Hezbollah-Iranian program to convert unguided rockets into precision-guided missiles in Lebanon and point them at sensitive Israeli strategic sites.

“Iran leads both of these efforts by utilizing the territory of states with limited sovereignty,” Kochavi warned.

In recent weeks and months, the Israeli defence establishment has been dealing with a significant increase in Iranian attack plots against Israel throughout the Middle East, particularly in Syria. Attack attempts have risen, both qualitatively and quantitatively.

The Iranian Quds Force, commanded by Gen. Qassem Soleimani, has stepped up efforts to organize and orchestrate the attacks.

As a result, the IDF has been on high alert on the Syrian front. The next Israeli government will have to make tough decisions about the future of the War Between Wars—the ongoing Israeli low profile military and intelligence campaign to disrupt Iranian entrenchment in Syria. The War Between Wars has been very successful at disrupting Tehran’s regional force buildup without plunging the Israeli civilian home front into a full-scale conflict.

Allowing Iran to build a war machine in Syria, as it has already done in Lebanon, is not an option Israel can live with. But Tehran is vowing to retaliate for future Israeli preventative strikes, meaning the risks of an escalation are significantly higher than they were in the past.

Israel must not allow Iran to benefit from the illogical idea that it is free to construct missile, drone, and terror attack bases in Syria, but that Israel must be punished for eliminating these threats when it detects them.

Russia’s potential role in any future escalation with the Iranian axis in Syria is a question mark that must be carefully taken into account by any future government. Russia’s military presence in Syria means it has become Israel’s neighbour, with all the ensuing implications.

Meanwhile, as part of its face-off with the Trump administration and in response to American sanctions, Iran is gradually reactivating parts of its nuclear program. The next Israeli government will have to gauge American willingness to take military action in the event of an Iranian break-out to the bomb and decide what Israel’s own red line would be in such a scenario.

In light of growing American isolationist tendencies, Israel must be prepared for the possibility of finding itself alone in a military confrontation with Iran and its proxies—including a situation in which it alone needs to target Iran’s nuclear sites and deal with the war against Hezbollah and Gazan terror factions that would likely follow.

Gaza, for its part, represents the least stable arena in Israel’s environment. Hamas is currently avoiding an escalation as it seeks to follow through on talks with Egypt and the international community aimed at searching for ways to avoid an economic meltdown in the Gaza Strip. But should those efforts fail, Hamas could turn to escalation to avoid the prospect of a domestic revolt. The Iranian-backed Palestinian Islamic Jihad (PIJ) has been testing Hamas’s control over Gaza in recent months, initiating escalations with Israel as it competes with Hamas for power and prestige. PIJ is free from Hamas’s governing woes and has no responsibility for Gaza’s two million inhabitants or economic problems.

The next Israeli government will have to formulate a policy that first decides how far Jerusalem is willing to go to try to avoid an escalation by assisting Gaza’s economy without allowing the terror factions to build up their forces freely. If those efforts fail, it will have to formulate the objective of a new Israeli operation in Gaza in response to an escalation.

Some 40,000 well-armed Hamas and PIJ operatives are active in Gaza, and the two terror factions have a combined rocket arsenal of over 20,000 projectiles pointed at Israeli cities. Should the Gazan arena catch fire, the next Israeli government will urgently have to define what it wants out of operation: should it adopt the goal of severely harming Hamas while keeping it in power, or of toppling the Hamas regime altogether? The latter scenario would, in turn, raise the prospects of armed jihadist gangs running Gaza in the style of Somalia or Israel occupying the crowded Strip indefinitely, establishing a military rule, and getting bogged down in years of draining security operations.

The second Palestinian arena, the West Bank, also remains highly flammable, although Israel is far more able to influence this area due to its presence on the ground. This presence is what enables a tight intelligence network and nightly counter-terrorism raids. The ongoing security coordination in place with the Palestinian Authority has proven highly beneficial to both sides.

The defence establishment’s formula of “mowing the lawn” in the West Bank, through security raids that target terrorists while minimizing disruption to the remainder of Palestinians and encouraging economic opportunities, has succeeded for the time being at maintaining relative calm.

Yet the future of the West Bank represents a loaded political-diplomatic-security issue that the next Israeli government will have to engage. The government will need to decide whether the status quo is viable, particularly after PA President Mahmoud Abbas departs the scene.

Meanwhile, domestically, the government will need to approve a new budget for the IDF’s next multi-year program, which will be essential for restructuring the IDF and preparing it for future battlefields. Navigating the friction between the Ministries of Defense and Finance, and coming up with the necessary defence budget to meet Israel’s very large security needs, will be another formidable challenge the future government will have to address.

Yaakov Lappin is a Military and strategic affairs correspondent, analyst. Specializes in Israel's defence establishment, military affairs, and the Middle Eastern strategic environment. Author of the BESA study 'The Low-Profile War Between Israel and Hezbollah'. He can ne reached at: yaakov@gmail.com