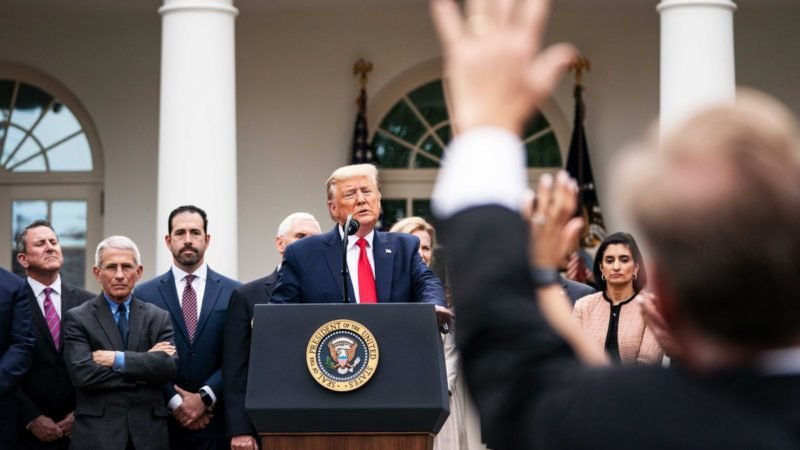 EXECUTIVE SUMMARY: The coronavirus crisis has demonstrated the strengths and weaknesses of many global systems but has fundamentally challenged individual states, which have responded with contradictory policies grounded in local cultures. In general, education systems and experts have been exposed as inadequate while the information environment has been thoroughly politicized and manipulated. Contrary to a century of expectations, administrative and regulatory states have been shown to be too complex and cumbersome to respond swiftly to a crisis of this magnitude. Decoupling regions and redistributing economic and medical capabilities should be accompanied by a thorough rethinking of the power and responsibilities assigned to states.

As the coronavirus outbreak spreads around the world, it has become clear that the event is a global inflection point. A preliminary assessment of the social and cultural dimensions of the crisis is therefore in order.

Unpacking these dimensions from purely medical or scientific ones is difficult, as hard facts are immediately engulfed by unstated positions and expectations. The submergence of science and the spread of panic underscore the woefully low levels of public scientific and medical knowledge, the product of decades of under-education in science, mathematics, and history, which could provide individuals with tools to assess the many claims.

Media and policymakers appear even less educated, but their compulsion to satisfy a 24-hour information environment propels streams of misinformation. Information environments are profoundly susceptible to manipulations, such as the suppression of information on the origins and extent of the crisis by the Chinese and Iranian governments, and now their promotion of the idea that the virus is an American biological weapon. The millions of tweets and hashtags—probably from state actors—promoting conspiracy theories point to the deliberate weaponization of information.

Finally, politics are a crushing overburden, in the policy-oriented sense of what “government should do” but also the pathological antipathies that are now permanent in the US, particularly among the media. These disconnects, always evident during a crisis, are now inescapable.

The situation also points to what might be called a collapse of expertise, at least outside the medical and scientific communities. The number of “experts” who have emerged in the global media is vast and has been intensified by the impact of politics. Outside of virology and epidemiology, crypto-disciplines such as political science and economics, not to mention the political and economic classes, appear in complete disarray, pursuing ideological and often self-interested positions in the name of reason and the public good.

These problems point to systemic issues inherent in overly complex systems: the overwhelming tide of disaggregated and disparate information, the baroque complexity of administrative and regulatory systems—innumerable agencies and departments, laws and regulations—with overlapping and contradictory areas of responsibility that leave gaps, and the inability of anyone, specialist or non-specialist, to fully comprehend the breadth of the crisis. That incomprehension is founded on the nature of the modern state itself.

In the US, the federal-state is the product of a century of relentless growth. From the progressive state that emerged in the early 20th century, the New Deal state of the Depression era, the wartime state of WWII, and then the postwar state, the Leviathan has expanded relentlessly into every aspect of social, economic, technological, community, family, and personal life. Lower levels of the state expand its reach still further. Through education, regulation, and administration, the state set out to optimize and maximize the health, welfare, safety, and prosperity of the populace. On many measures, it succeeded—witness, for example, the dramatic improvement in lifespans—but on others, it failed, particularly in terms of education. The state became vast, complex, and barely accountable, while expectations of its unfailing speed, efficiency, and success were unquestioned.

Indeed, in the current crisis, the state has functioned as intended. Federal regulators deliberately resisted changes to an existing flu study that suspected the virus was at large in order to prevent resources from being misused and to protect test subjects. An inflexible system based on science worked the way it was originally designed, but then prevented early detection of the virus in Washington State and throughout the US. Similarly, authorizing commercial and research laboratories to undertake virus testing required overcoming countless regulations designed to assure quality and oversight.

The system worked as intended until it didn’t. Even science and reason, translated into dispassionate policy and administered by dedicated professionals, failed. Because the unanticipated cannot, by definition, be foreseen (at least in full), the state could not do otherwise. Other choices, for example, to limit the number of critical care beds or to move pharmaceutical products offshore, were made on rational bases, to lower costs and allocate resources elsewhere.

Conversely, fulsome praise doled out to tiny island city-states like Singapore (population 5.76 million) or Senegal (population 15.85 million) for the speed and efficiency of their virus testing programs, in contrast to the US (population 327.2 million), unwittingly demonstrates both the organizational illiteracy of those offering the praise and the scalar nature of the problem. The manner in which state-run medical systems were overrun in China, Italy, and perhaps soon Britain (some 10% of GDP in the latter two cases) indicate that hierarchy and centralization, beyond a certain scale, are impediments rather than a benefit. But cultural factors also play into the equation. Korea’s ethnic homogeneity and Israel’s experience with wartime crises stand in sharp contrast to French and Italian norms of political chaos that stand in contradiction with popular devotion to welfare statism.

The praise offered to China by intellectuals for its utterly brutal response to the crisis at home and for offering medical aid to Italy, which echoes Chinese state propaganda, is upsetting. The intellectual eagerness to betray principles and reward an arsonist in order to score political points is shocking, but it also represents the implicit belief that ever-larger states offer salvation, even for crises they created.

Fundamentally, the modern state set out to expunge uncertainty, and in the process, populations were desensitized to that unhappy constant of human life. With their myriad parts submerged in incommensurable bureaucracies and rules, institutions too were inured to uncertainty. Both states and citizens overestimate the ability of the state to respond to crises but retain the long-cultivated expectation that this can and will be done with speed and efficiency.

But the unknowable and ever-shifting line between under- and overreaction, which moves too swiftly for institutions and individuals to comprehend, has confounded expectations. The only available response is “more,” in terms of larger and more complex systems. Not coincidentally, this serves the needs of the state.

The fact that there is no “correct” response for the state is an unfortunate truth. Every response is “wrong” because it is an over- or under-reaction, arrived at too early or too late. The political criticism heaped on the US for closing its borders to China was vast, but the export of the crisis to Iran and then Europe shows that that response may have been too late. Similar criticism now comes from Europe regarding the latest air closures. Had the US closed its borders earlier it would have prevented the spread, to some unknowable extent and expense. Waiting to do so expanded exposure and raised costs. There is no right answer, nor is one knowable, by individuals or the state.

Most fundamentally, the crisis has exposed once again the differences between open and closed societies. Chinese prevarication regarding the origins and timing of the outbreak made that country and the world less prepared. Secrecy and lying made the outcome worse in China as well as in Iran, where the impacts were compounded by religious superstition. Turkey has admitted only one case.

Only brutal measures, the quarantining of hundreds of millions, appear to have stemmed the spread of the virus in China. But in Italy, the situation is similarly disastrous. The advantages of that country’s openness have been offset by its connectivity with the world, particularly China. Still, certain tragedies should have been foreseen. The domination of global supply chains by Chinese manufacturers in medical supplies and pharmaceuticals has been exposed as a flaw—one built on the twin fallacies of global economic rationalism and the political belief that globalization would temper Chinese political culture.

Trade and tourism, foundations of modern economies, have now undone entire countries, including in the medical sense. These features of modernity will have to be rethought, along with the depth of economic, financial, and demographic interconnections between states brought about by globalization. Rebuilding global systems to survive a health crisis requires an ability to impose and enforce borders, distribute manufacturing and supply chains, adjust wage and profit expectations to local levels, build shared surge capacity, enhance rapid research and development capacities, and relocate strategically important industries to national territories.

Ironically, the national goals of disaggregation and decoupling must be facilitated or even directed by states. There are reasons why states have been permanent fixtures for the past 5,000 years.

But curbing states’ excesses is vital. The dominance of the imperial Chinese state and its model, in particular its totalizing surveillance system, has been touted as a means to stem the current health crisis and prevent future ones. This totalitarian temptation holds an inevitable appeal for states, some of which have already implemented widespread surveillance in the name of “public safety”. Their surveillance measures complement those exercised by corporations that are themselves more wealthy and powerful than most states. There must be limits on this power, which means tradeoffs.

The opportunity for citizens to rethink what states are for maybe one of the few silver linings to the ongoing crisis. These questions should be at the forefront of political discussions. But the answer is not to automatically give them more responsibilities and resources.

Alex Joffe is an archaeologist and historian. He is a senior non-resident scholar at the BESA Center and a Shillman-Ingerman Fellow at the Middle East Forum.